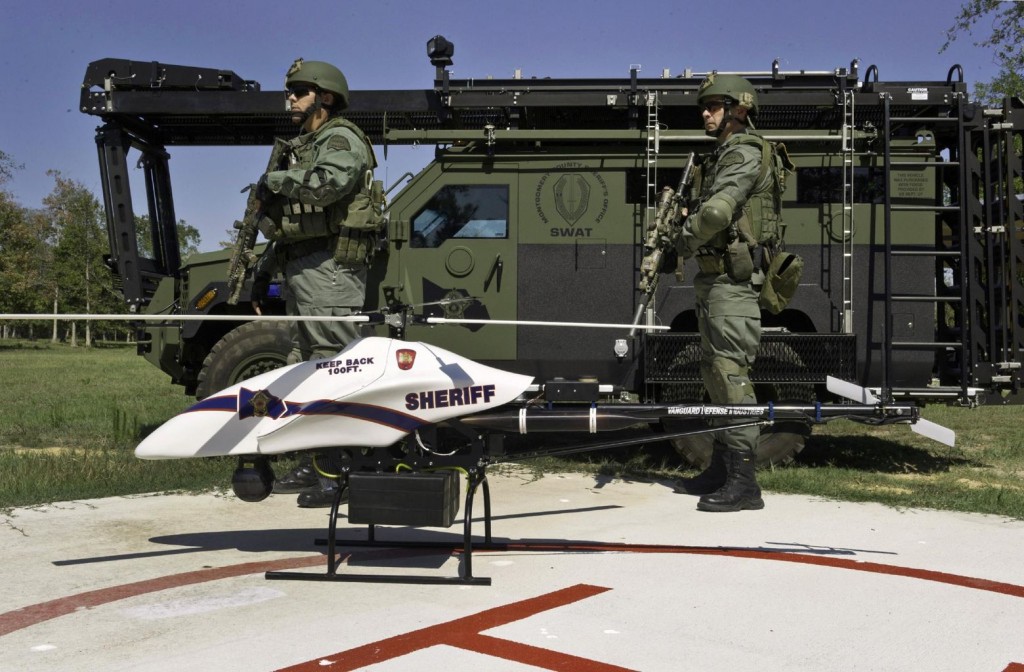 The ShadowHawk can fly day and night in adverse weather conditions for up to 3 hours at a time on an accurate flight path under computer control. Available in several models, including,

MK-III: UAS with day CCD, FLIR and thermal cameras, fully autonomous avionics and weaponized with either 40mm, 37mm grenade launcher or 12 gauge shotgun with laser designator (military use only.)