Rarely seen in RC form, this amazing 1/6-scale RC Lockheed Super Constellation Airliner is wearing the colors of the TWA “Star of America”. Owned and built by Keith Mitchell, this four-engine behemoth took 5 years build including design and construction. 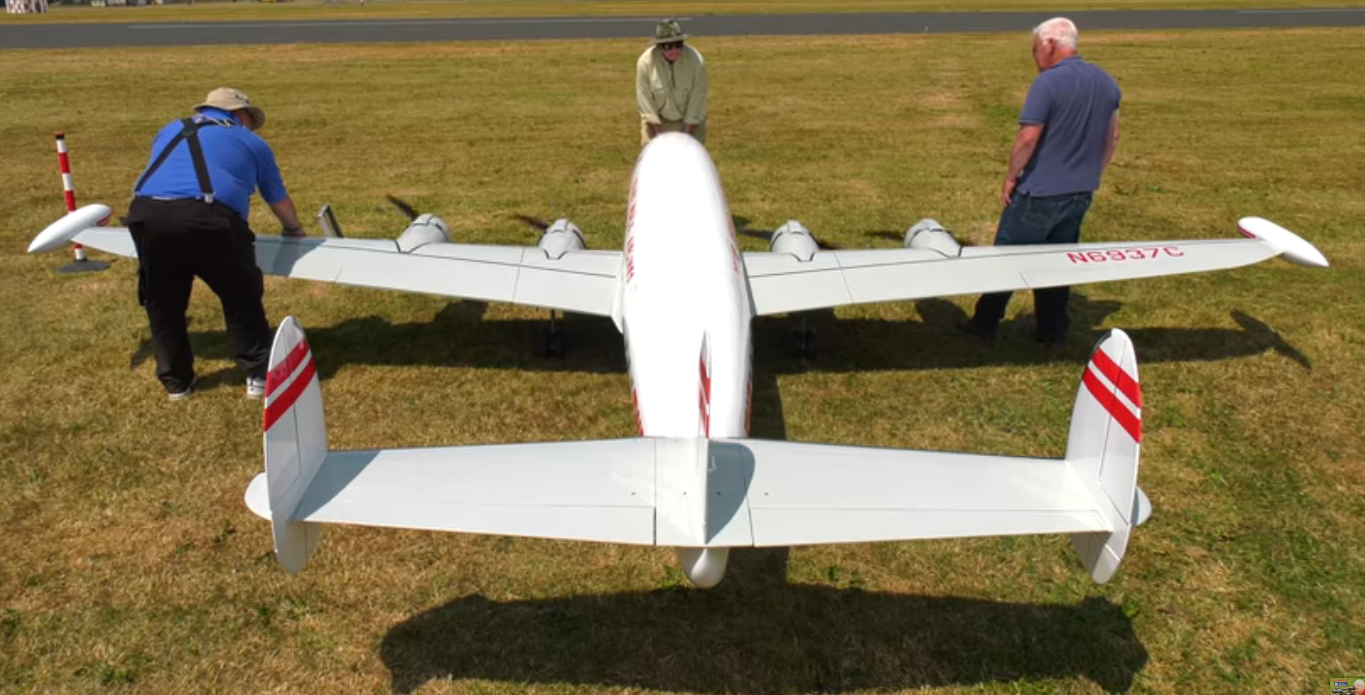 Its initial flights were taken under the Large Model Association regulations (CAA approved ) for model aircraft weighing more than 176.3 pounds. It underwent 12 test flights for combined flight time of more than 2 hours to get it is now LMA\CAA certificate to fly at public shows.

The amazing scheme was applied by the master, Philip Noel of Pinnacle Aviation. The Super Connie has a wingspan: 21 feet  and a Length of 19 Feet. Weighing in at 220 pounds, it is powered by four   ZDZ 90cc gas engines turning 28×10 Biela Carbon fiber propellers. Radio gear is a Futaba 14-Channel system controlling 22 servos: (13 for ailerons, elevator, rudder, flaps, 4 for throttle, and 5 for landing gear and lights). The video was filmed at the LMA Cosford Show by Dom Mitchell.