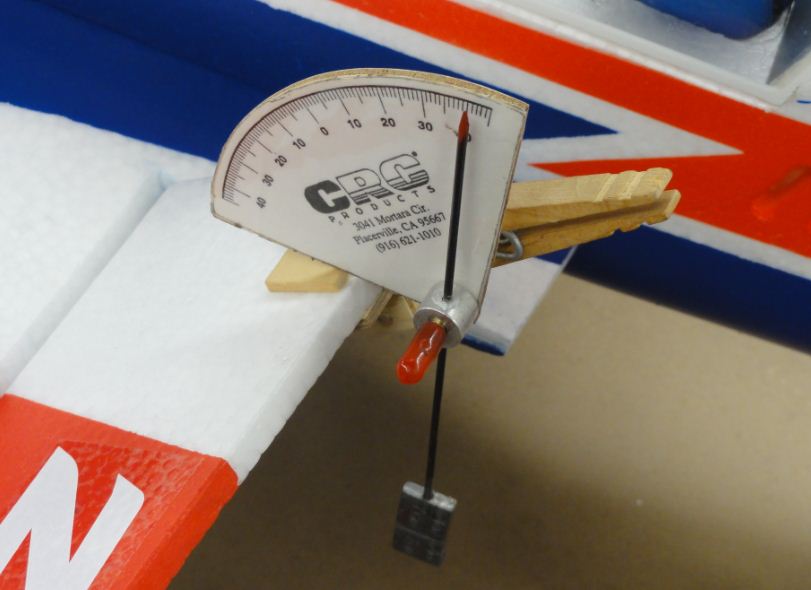 In my 22 years of flying radio-control airplanes, I have learned that time must be taken when both building and setting up your aircraft. For example, let’s talk about control surface deflections. Over the years, I’ve seen some cases at the flying field where pilots simply “eyeball” various control rates and often blame their aircraft if they cannot perform a given maneuver with ease. Well, now is the time where we mustn’t blame the aircraft, but rather, take a look at the setup.

Let’s begin by looking at the ailerons. If a pilot does not measure their aileron deflection and when flying the aircraft, the model will not roll axially. In its most basic form, a pilot could enter what is called aileron differential, which means that the up travel of a given aileron will be greater than the downward travel, which for most aircraft, will make the airplane roll in an axial manner. However, if the downward and upward travel of a given aileron is different from the start, and one wing panel does not match the deflection of the second wing panel, the model will never roll axially. No matter how hard a pilot tries with aileron differential, it simply will not matter.

Regarding elevator and rudder throw, if differing amounts are added, the model may not feel linear in feel when a pilot pulls and/or pushes on the elevator surface, etc. Simply said, make sure the deflection amounts are the same!

I recommend that you measure control surface deflection with a ruler and/or a meter to see the deflection in terms of degrees. Also, always remember to maximize your ATV values in your computer radio to ensure that you are taking full advantage of both the resolution and torque of your servos, only to name a few of the advantages as in a nutshell, the higher the ATV (adjustable travel volume) is for a given servo, the better the resolution will be. While we will touch upon this topic again in the near future, I just wanted to provide you with some food for thought…