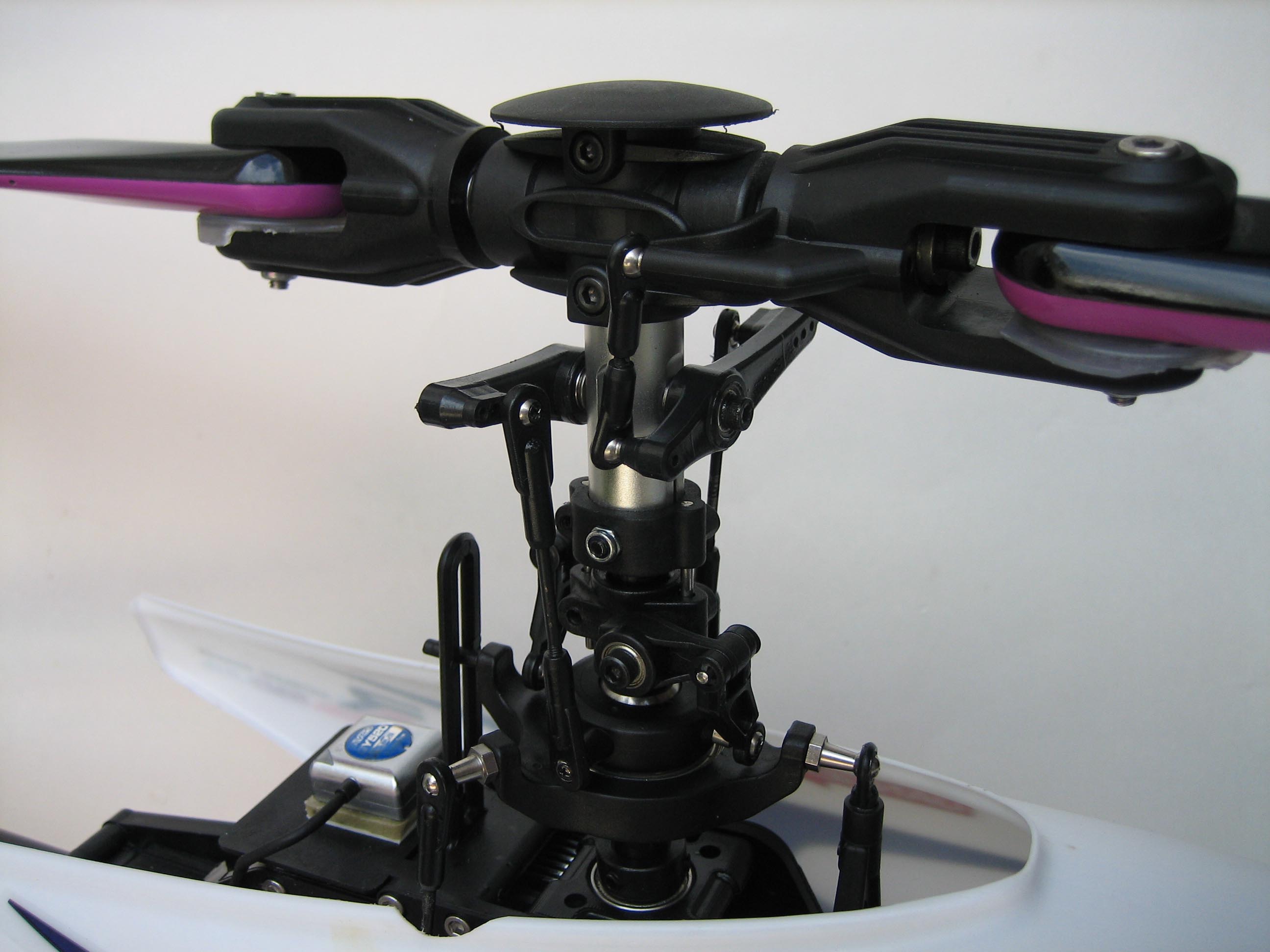 The new Pantera P6 flies just great the way it is – with the standard flybar. However, flybarless operation does offer some distinct advantages, so after talking to John Beech at Audacity Models, I decided to convert the stock head to flybarless operation.

The first problem was the short distance from the blade grip ball to the center of the main shaft, which gave too much throw to the rotorblades with even the smallest servo movement. To desensitize this movement I used the mixing arms to cut the throw in half. This allowed more movement of the swashplate for improved servo performance.This is shown in a photo.

The next problem was to have a follower – something that will keep the inner swashplate in sync with the outer portion. Since the original washout unit did this just fine, I decided to keep it, and just cut off the extra portion of the arm. You can see this in the photo.

I’m flying this head using an out of date Skookum SK360 (it has been replaced with the newer SK720) and it works just fine. I would also like to hear from you if you have made any similar flybarless head modifications to your machine, and what your results are. 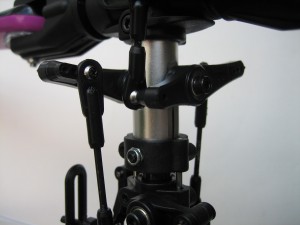 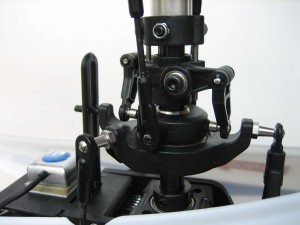