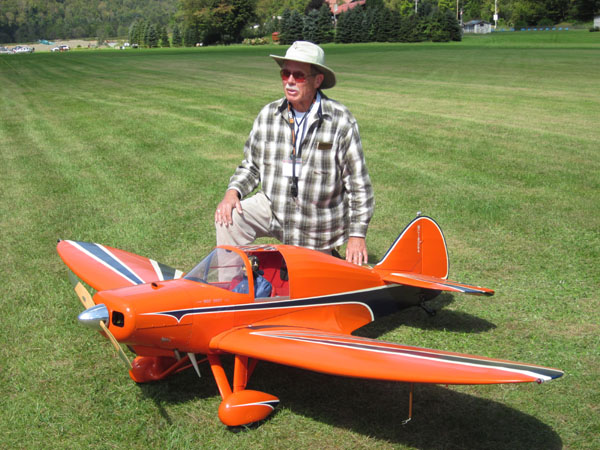 You just don’t know what you will run into at the annual NEAT Fair in Downsville, NY. This year I ran into Paul Weigand who was flying his bright orange Culver Dart. This 1/3- scale model was originally designed and flown powered with a Quadra 50cc gas engine. 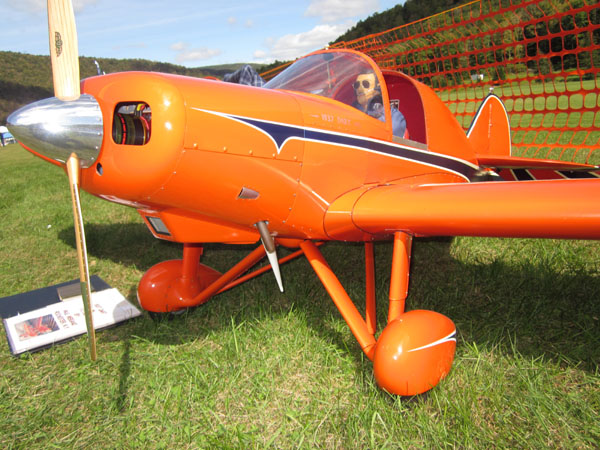 Paul built the giant Dart from 1983 to 1985 from  drawings he drew himself using the full-size aircraft as the guide. It was local and was undergoing a restoration. Paul even used the same dope as was used to finish the original. Wingspan is 122 inches and it weghs in at 37 pounds including a 16 ounce lead ballast in the nose for balance.
The electric conversion performs extremely well and the plane takes off and does aerobatics with ease. An AXI 5345 brushelss motor is controlled with a Castle Creations ICE HV160 ESC and Paul uses a 10s – 2P (two 5-cell Lipo packs wired in parallel)  to produce a total of 10,000mAh capacity.
[nggallery id=183]
The model is extremely well detailed and would easily compete at Top Gun. It includes hinged engine cowl (all made of wood and thin plywood, a completely accurate and detailed cockpit and instrument panel, (there’s keys in the master ignition switch,) and the naviation lights are all hand made and include removable lenes to get to the functional light bulbs. All the control surfaces have scale strap hinges and the painted cloth finish had all the scale pinking tapes and rib stitching. The landing gear has functional Oleo strut suspention and the window/entry door slides up and sown in a scale track. An amazing job indeed! 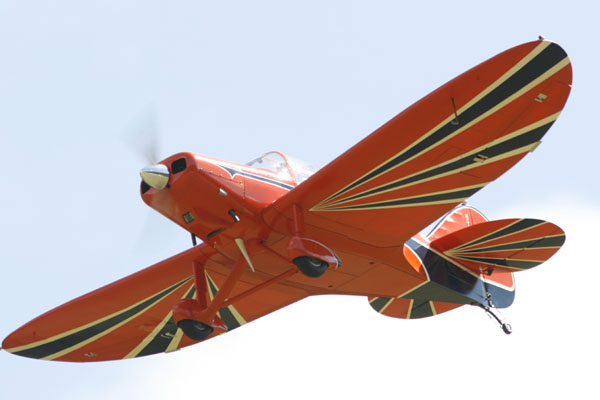