Four-time Mr. Top Gun winner David Wigley is known for coming up with the most unusual of scale RC projects and his newest is no exception. , David had on hand his newest project: a totally scratch-built 1/6-scale F-101B Voodoo. David really commits serious time to any of his projects and this time his efforts are to produce a completely composite scale aircraft. Shown here is the master plug with which David will use to produce his female molds. We caught up with David and here’s what he had to say. 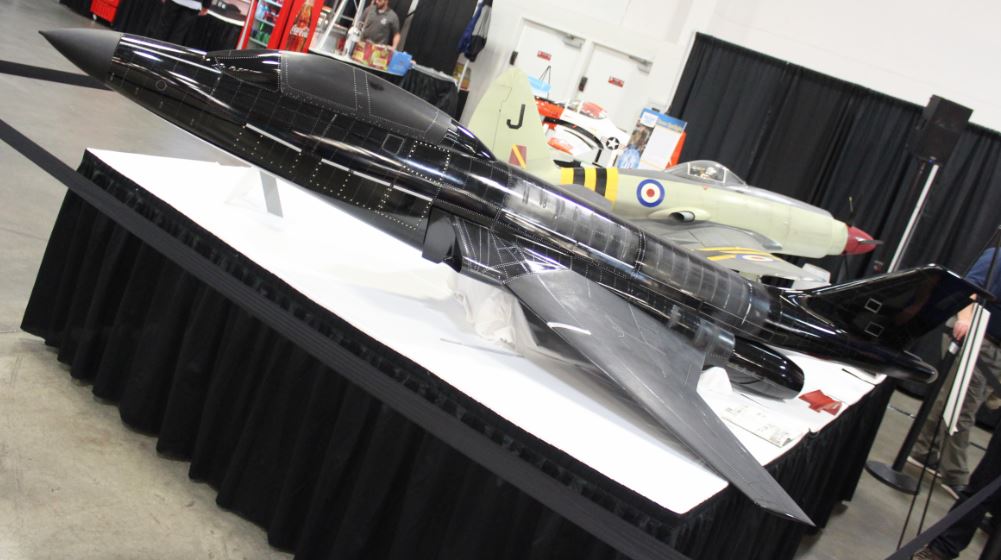 Model Airplane News: David, you are always coming up with unique and amazing projects. Tell us about your latest project.

David Wigley: What we have here is my master plug for a 1/6-scale F-101B Voodoo. The aircraft was a high-performance 1950s’ jet interceptor, designed by McDonnell Aircraft. Ultimately, it was developed as a nuclear-armed fighter-bomber for the Tactical Air Command and as a photo reconnaissance aircraft. The F-101A version set a number of world speed records for jet-powered aircraft, including fastest airspeed (1,207.6mph) in 1957, and the aircraft operated in the reconnaissance role up until 1979. 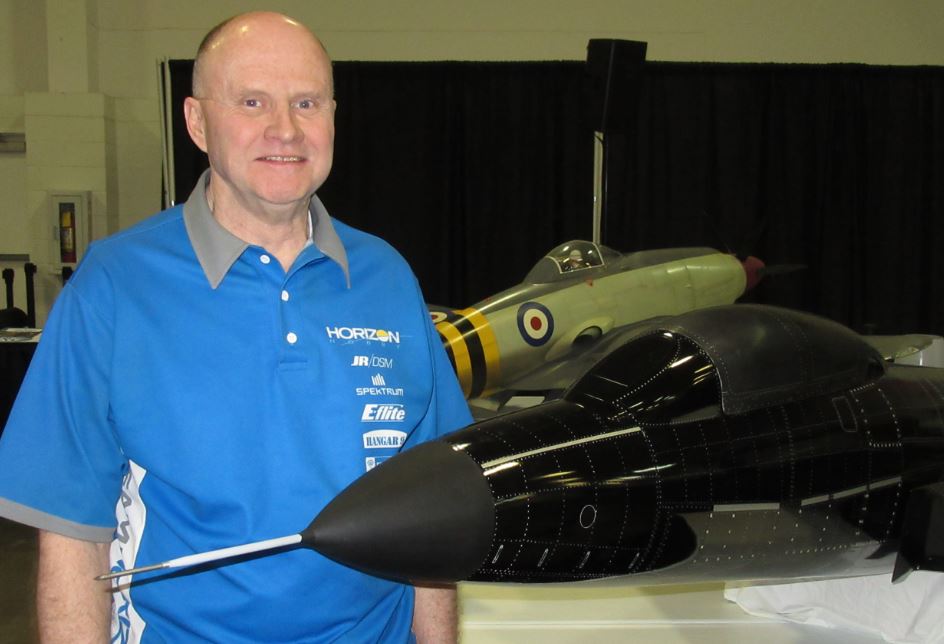 David Wigley and his Voodoo

Tell us about the plug’s construction.

Well, the plug is made using solid foam. Unlike my other aircraft where I used 3-views and lofted the cross-sections and used pencils and French curves to produce my plans, for the Voodoo, I started with actual McDonnell Aircraft drawings and I produced my 1/6 scale drawings with CAD. Once I had the cross-sections worked out, I went to a friend who produces surfboards using a large-format CNC router. He was able to accurately produce my sections, which I then assembled to create the overall shape of the airframe. 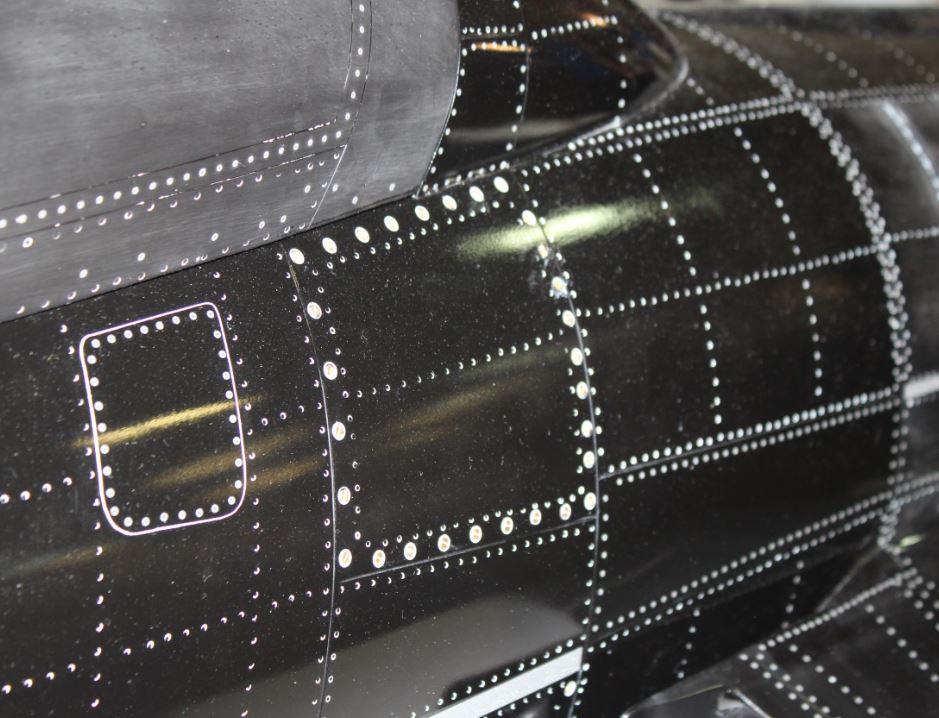 From there, it is the standard process of applying fiberglass cloth and resin with filler to produce a smooth and accurate outer surface; lots of priming and sanding is required. Once I was satisfied with the quality of the surface, I spray-painted the plug with glossy black paint. This kind of surface really shows the quality of the finished surface; even the smallest imperfections show up to be fixed. Once this was all taken care of, I started adding the surface details, which include screw heads, rivets, and panel lines. I also have designed the Voodoo so that it can be assembled from three main sections for easier transportation.

How long did all this take?

The short answer is: too long! But estimating it, I would think I have about four years invested in the plug so far.

So really, this is just the first step in the process. What else is involved?

The next step will be to produce the female molds, which I will lay up on top of the plug. The idea is that the molds will include all the added details and will produce the final composite parts that will be formed using the female molds. Because the shapes are complex, I will be making multiple-part molds, which will be fastened together to make the various composite parts. These parts will be laid up in the molds, and the various internal frames and other parts will be molded into place. This all sounds very time-consuming, but overall, this portion of the construction will be accomplished relatively quickly.

I assume you’ll also be scratch building your hardware?

Yes, just like with my Wyvern and Beaufighter, I will manufacture all my own hardware, including scale functional, retractable landing gear.

So, how well do you think your F-101 Voodoo will fly? Those wings looks so small!

Actually, I have compared the dimensions of my Voodoo with those of the various 1/6-scale F-104 Starfighters flying today. The 104s have proven themselves very capable with good flight performance, and my Voodoo, having a similar overall size, but it has more wing area and larger engine inlets, both of which are good things. So, I am confident the Voodoo, with two turbine engines, will be a good flyer. 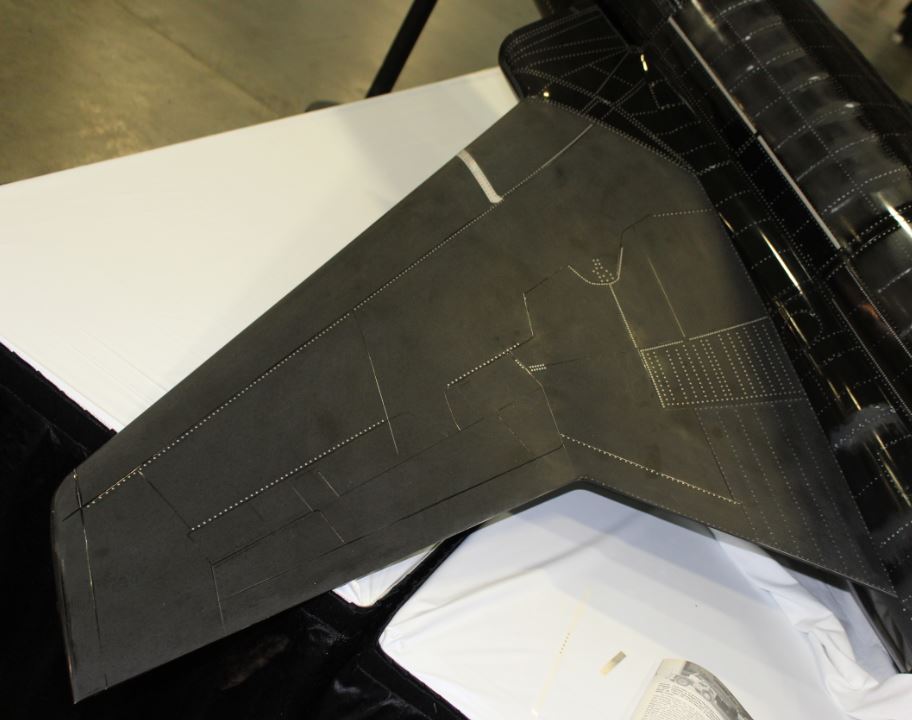 As is obvious, David has a passion for large scale warbirds and jets and is always trying to challenge his building and flying skills. Born in Rochester, NY, David grew up in Canada and in his military career he flew C-130 Hercules aircraft in the Royal Canadian Air Force. He retired from the military in 1992 and started his current career as an American Airlines pilot as a Boeing 737 Captain.