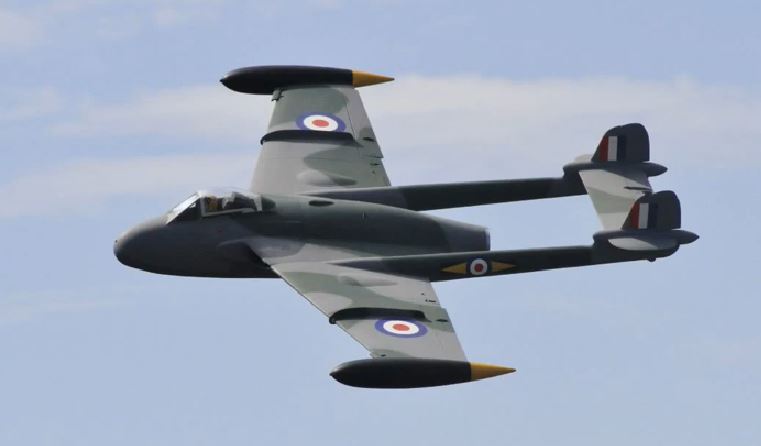 John Ranson’s 1/6-scale jet proves that you don’t have to build ’em big to impress the crowd! With more than 1,000 building hours in it, this gorgeous Venom is from the Mick Reeves plan and has an epoxy glass fuselage. The 21-pound plane is powered by a Schubeler ducted fan on two Thunder Power 6S 6600mAh LiPos. John says he gets flight times of around 6 minutes with 30% remaining in the batteries. It’s modeled after the RAF’s WR413 flown by Chris Golds in Germany in the ’50s. Our thanks to the father and son videographer team of Pete and Dean Coxon for taking this great footage at the RAF Tibenham Airfield.