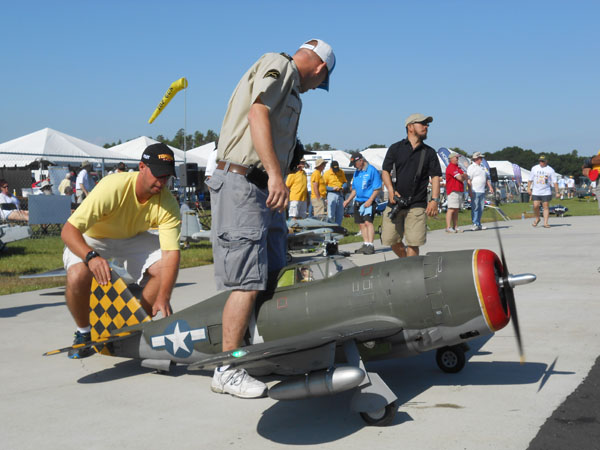 This year Dino Digiorgio is competing in the Pro-Am Propeller class with a very special aircraft. Dino rebuilt his father’s Dino Sr.’s P-47 Thunderbolt. Dino Sr., Thunderbolt, built from a Meister Scale kit, has had a total makeover and upgrade and it is flying better than ever even though is some 20 years old. 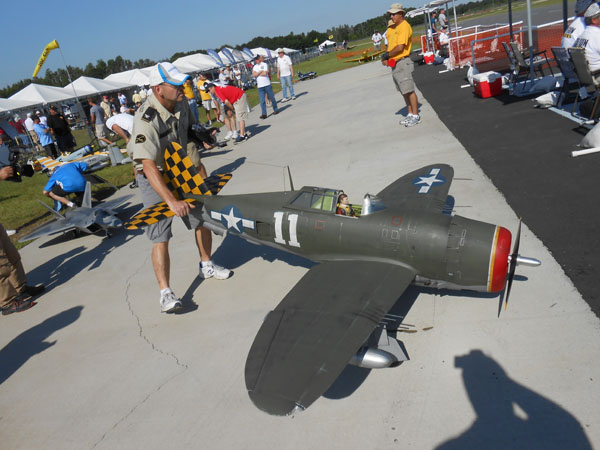 The airplane is powered by an DA100 inline twin engine turning a 27×10 prop and hasJug weighs in at 54 pounds.