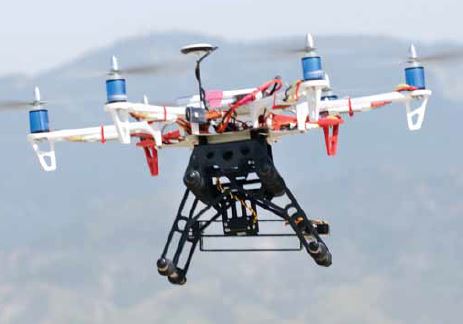 The word “drone” has dominated the news, so it’s no wonder that we RC molders like the idea of having our own RC drone. Now add a camera to that and you have something that is going to be a blast fly and then check out the photos or videos afterwards. One company has realized this very early on and has quickly become the leader in multi-rotor copters—DJI Innovations has four- and six-motor copters that range from beginner (out of the box and ready to fly) to expert/professional (able to lift a very large payload) levels. We were lucky enough to get the multi-rotor copter just below the professional outfit, the Flame Wheel 550 six-motor copter. The good folks at Atlanta Hobby also included their SR Pro Micro XDL Camera Gimbal System with the Flame Wheel, so we can get some fantastic images from the air. 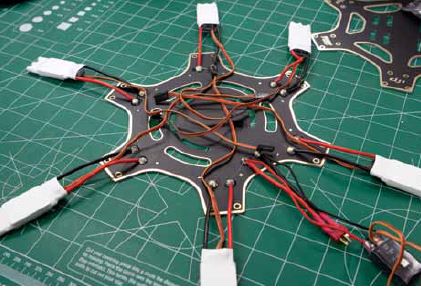 Atlanta Hobby offers a good selection of multi-rotor birds, complete packages, and all the accessories any  aspiring drone pilot could want. Our package came with the Flame Wheel 550, the Naza-M GPS package, six APC 10×4.7 SFP props, six powerful Twister 450-880 motors, two Hitec HS-5245 MG servos, and an SR Pro Micro XDL Camera Gimbal System. All I had to add was some assembly time, my Futaba 10C transmitter, and a Futaba R-6108. The assembly can easily be done by anyone with any type of RC experience, and the Naza system makes this an easy bird to fly. Any novice RC pilot would have no problem with this aircraft.

Stability: The Flame Wheel with the Naza GPS unit on it does have
outstanding stability and will maintain its location when I release the transmitter stick. The Flame Wheel maintains this solid stability when it is traveling in all directions, even when climbing and descending at a rapid pace.

Tracking: It is easy to have the Flame Wheel track across the sky because
each control causes the aircraft to move in that direction only. For example, when I push on the yaw (rudder) control, the Flame Wheel will spin around without losing or gaining any altitude.

Landing: When programed in, the Flame Wheel will actually land itself when the battery gets low or you lose transmitter signal. However, normal landing is almost as easy—just lower down the throttle stick slowly while controlling the Flame Wheel’s position, and you will see that the aircraft comes down very controlled and it is easy to land.