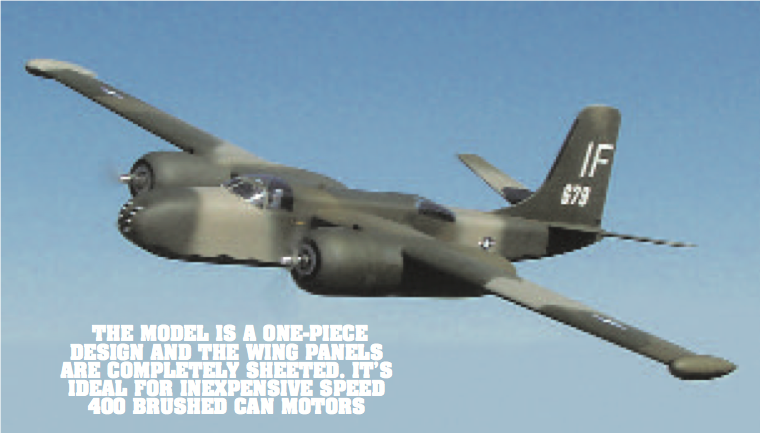 A Speed-400 size military twin that’s easy to build and exciting to fly!

Designed as a low-level attack bomber, the Douglas A-26 Invader first flew in 1942. Powered by two Prat and Whitney R-2800 radials, it carried a variety of weapons from .50-caliber machine guns and rockets to a cannon. During the end of WW II, the Invader earned a reputation as a hard-hitting, durable weapons platform. The Invader soldiered on through the Korean conflict, operating mostly in night attack roles, but by the early 1960s most had been retired or converted into fire bombers. When the Vietnam War broke out, the tried and battle-tested A-26 came out of retirement for a third tour of duty converted into counter-Invaders, designated B-26Ks, used mostly for counterinsurgency missions.