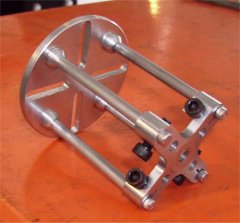 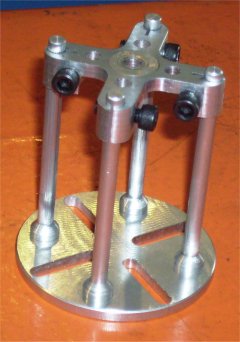 The unique concept of this motor mount design offers you versatility. Not only can you do away with conventional stacked plywood build up for trial and error engine positioning with in your engine cowl, but you can also adjust engine’s placement and motor thrust angle. CNC-machined from solid aircraft-grade billet aluminum the Universal Engine Mount System’s unique design allows you to do out-in-the-field engine changes from one aircraft to another. Simply loosen the back plate and pressure support screws and pull the engine/standoff assembly off. Then place the whole assembly into another aircraft’s back plate support. For competitive pilots, this all can be done very quickly in between rounds or heats of competition.

You also have the ability to change critical CG adjustments by moving your engine in or out accordingly. The design also incorporates vertical adjustment and the engine thrust angle adjustment can also be changed by using angular shims as an add-on option. 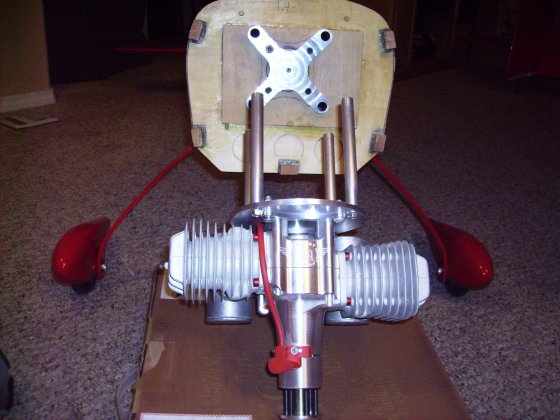 We designed and built landing gear for Remote Piloted Vehicles (RPVs), most notably the Predator reconnaissance Unmanned Aerial Vehicle (UAV), and for defensive aircraft. Our Predator landing gear’s hydraulic patented design enhanced the Predator’s offensive and defensive capabilities, mitigating problems with “crow hopping” after touchdown and flair that would damage RPV’s as well as their payloads.

Our contribution to the model aircraft sector includes a range of designs, from retractable landing gear for pylon racing to a fully adjustable billet-machined motormount for electric, as well as gasoline powered, 3D aircraft. We developed prototype molds for the plastics industry and prototype components for gunsights.

We have also done work for the racing industry: NASCAR uses our on-site line boring fixture for cam journals and a piston relief cutter, which allows high-duration, high-lobed cam applications to be cut without having to pull and disassemble engines. 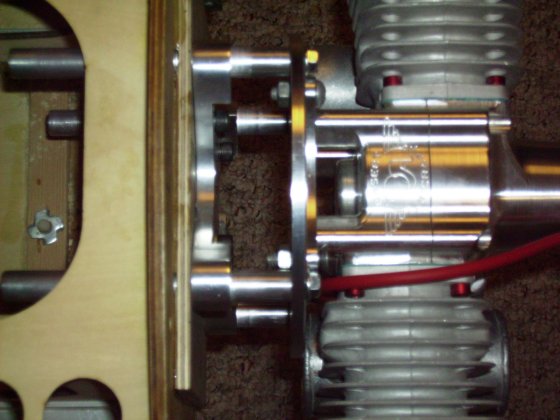 Examples of clients include:

Other companies we have worked include: