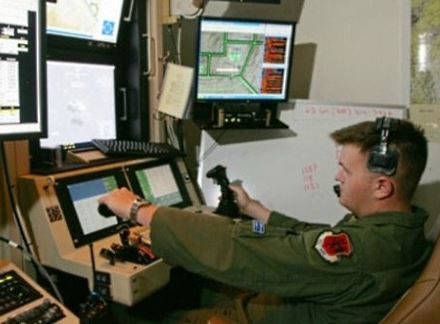 Washington Post reporter Craig Whitlock compiled a list of things drone operators have said when they get into trouble and we pulled our favorites here. How many of these sound familiar? For the full article, click here: http://www.washingtonpost.com/craig-whitlock/2011/02/28/AB5dpFP_page.html.

“This thing’s kind of climbing like a pig. Climb, you pig. . . . Boy, this is going to be tight. . . .  Okay, interesting. We are falling out of the sky.” Unidentified pilot of a Predator that crashed near Creech Air Force Base in Nevada on May 13, 2013.

*** “Drone just pitched up. Drone’s pitching over. Drone is uh, crashed and destructed, at uh, the end of the runway.” Unidentified pilot of a chase plane that was following a QF-4E target drone before it crashed at Tyndall Air Force Base in Florida on July 17, 2013.

*** “Stop saying ‘uh-oh’ while you’re flying. It’s never good. Like going to the dentist or a doctor.  . . . ‘Oops? What the f— you mean ‘Oops?’ Unidentified camera operator, to a habitually nervous Predator pilot right before takeoff at Jalalabad Air Base on July 24, 2012. “Whoa. . . . I don’t know what the hell just happened.” The same nervous Predator pilot, moments later, after the drone crashed.

*** “Dude, look at this camera. Seriously, I can’t do anything. There’s nothing I can do. This camera is completely f—–. Like there’s something in the air. Yeah, dude, I literally have no picture right now. This camera’s like, completely messed up.” Unidentified camera operator moments before his Predator crashed in the fog two miles short of the runway on May 17, 2011, in Djibouti, a country on the Horn of Africa where the U.S. military operates a large drone base.

*** “Where the hell is — where is the runway? It’s all the way over here. I overshot. Oh, shit. I think we lost the engine. Oh, shit, oh damn, oh my God, what is that? . . . What was all that stuff I just hit?” Air Force Capt. Matthew Scardaci as his Predator crashed into a row of empty shipping containers at Kandahar Air Base on May 5, 2011.

*** “Holy crap, this is really spinning.” Pilot of an MQ-9A Reaper moments before it crashed on Aug. 31, 2010, near Gray Butte Airfield in California.

***“That’s freaking US!” Camera operator for a Predator after the air-traffic control tower at Balad Air Base in Iraq reported seeing a burning drone that had just crashed on Aug. 16, 2010. *** “Um, I guess I’ll just be blunt and say not well.” The Predator pilot who flew upside down, when asked by investigators how well her training had prepared her for such an incident.