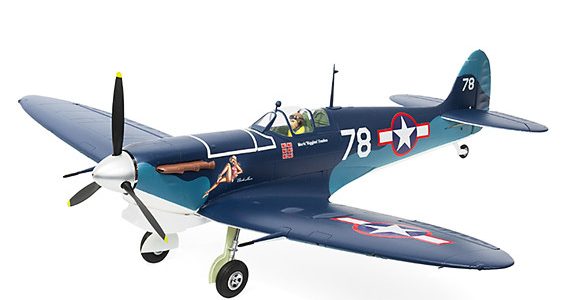 From HobbyKing:
Imagine, the roar of a Merlin as a Supermarine Seafire launches from the deck of a carrier in the South Pacific to become one of the Heros of the Pacific. The Seafire was the navy’s version of the legendary Spitfire.

Being a Durafly plane you can expect the highest attention to detail for a plug and fly model. Especially when it comes to warbirds, including, scale parts, faithfully reproduced split flaps, servoless electric retracts, a scale outline, ball Links on all controls, fine surface detail and a premier paint finish along with an operating LED navigation system. There is a powerful motor is coupled with an Aerostar 50A ESC providing exciting scale performance and manoeuvrability. On the ground, it’s large rudder and steerable tailwheel have been designed to improve handling and its forward raked main gear makes takeoffs and landings far easier and more scale like. The Durafly Seafire is designed for 3s and 4s setups.

Try your hand at some superb scale flying with this Durafly 1100mm Supermarine Seafire MkIIb. 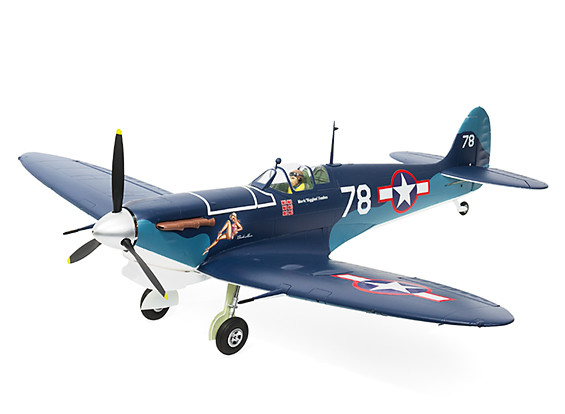 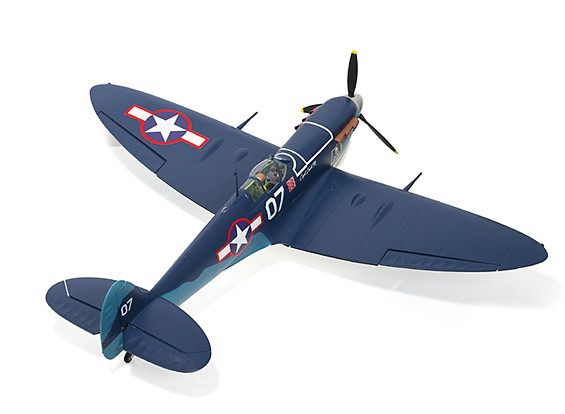 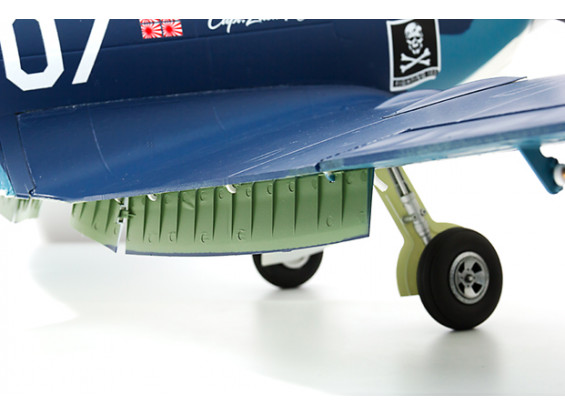 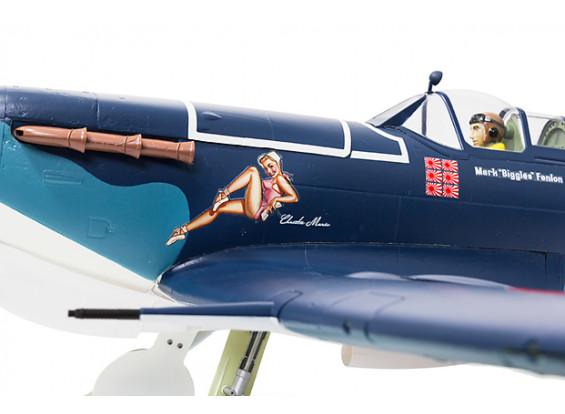 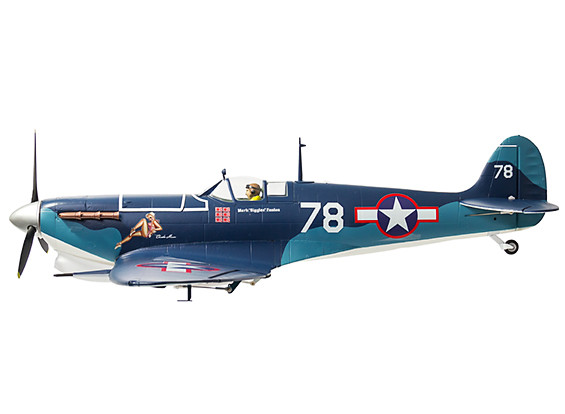