Well I’ve finished my review for the Habu 32 for MAN and it is all set for the October 2011 issue. As you can see it is a great looking EDF and I have added my flight review of it. See below. If you are looking to step up from foamie EDFs, this one is an Ace maker! 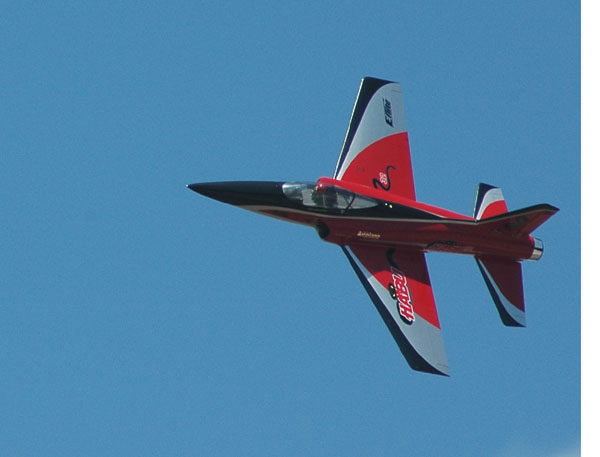 The Habu 32, like most small-wheeled jets, is most comfortable operating from hard surface runways. Although I have seen Habus successfully flown off close cut grass, I have not tried it with my model. My observations, however, of those who have, was that the takeoff roll is longer but landing rollout is shorter. My Habu trimmed up quickly and I had it flying “hands off” after a small number of orbits. It is very, very smooth, and has good acceleration with available thrust. The power package provides all the urge necessary to perform those big, open loops that look so great with a jet. Unlike most other EDF models in this class, the Habu has great vertical performance. Landing the Habu will require some practice but, once perfected, look beautiful. Use the recommended control throw settings and flap elevator mixes as starting points, you can tailor them to suit your specific wants. My first landing approach was without flaps and it became abundantly clear that the slippery shape, combined with the higher than average wing loading, of the Habu might make the use of an interstate highway appropriate for landing and rollout. Next approach was full flap which controlled the speed much better but I needed more down elevator mix to make things easier. After landing, I mixed in a bit more down and subsequent landings improved dramatically. It was now much easier to land the model on a typical club-sized runway. It slow flies gear up and full flaps very predictably and  very tolerant of even excessive control input.

•           The proportions and slippery shape of the Habu should tell you that it’s going to be fast and you won’t be disappointed. Get the CG where specified and you’ll have a friendly jet model that’s both exciting and fun to fly. Landings without the use of flaps are fast and long; and the softish gear wire may require frequent rebending.

•           The model tracks true throughout the flight envelope. Given that it’s a pre-built ARF, the likelihood of warps is minimized and it shows, displaying very neutral flying qualities.

•           The Habu will easily perform any aerobatic maneuver likely to be done by a full scale jet. Rolls are crisp and axial, loops large, open and round and look great if you reduce power on the backside. Full throttle, low altitude downwind passes entered from a Split-S are awesome and offer proof that the airframe/power combination is well matched and up to high performance jet model requirements.

•           With a gentle headwind I was able to reduce power to just above an idle and hold full UP. The model literally hung in place with very little forward speed while I used a touch of rudder to correct yaw. It showed no tendency to drop a wing in either direction at the stall. As speed fell off the descent rate increased but the model remained stable. 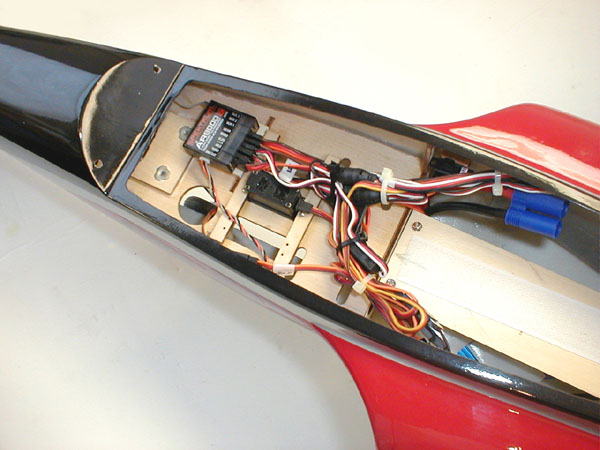 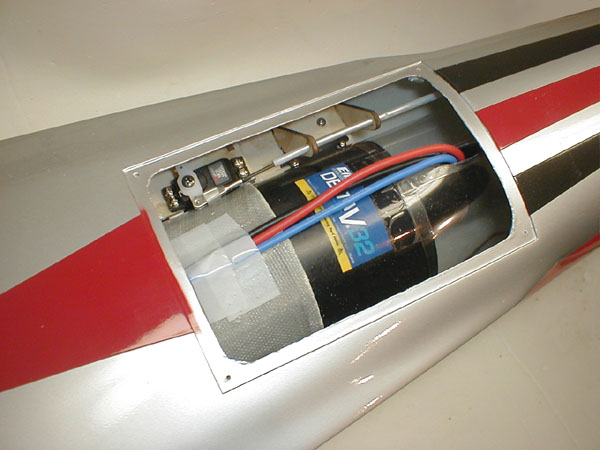