Ignore the Wind with this Golden Age Racer

When it comes the air racers from the Golden Age of Aviation, nothing even comes close to the Gee Bee aircraft the Granville Brothers built. And, of all the Gee Bee racers, the awesome R-2 was by far the most famous. Years ahead of the competition, the very powerful and fast R-2 had a reputation for being very difficult to fly. Though some pilots crashed in the R-2, it wasn’t the aircraft’s design that was at fault. Rather, there simply weren’t any pilots available that had the skills to safely fly the aircraft. 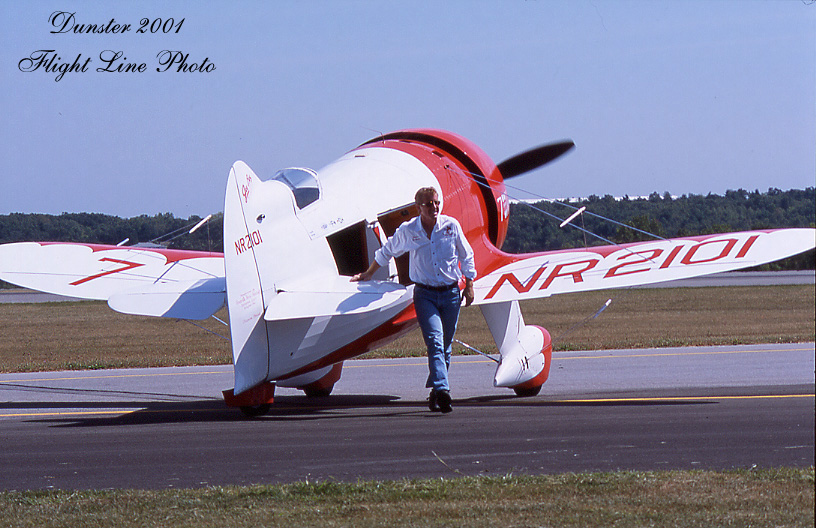 This was proven decades later when, in the late 1990s when Delmar Benjamin and Steve Wolf built and successfully flew an exact replica R-2 as a fully aerobatic airshow plane. 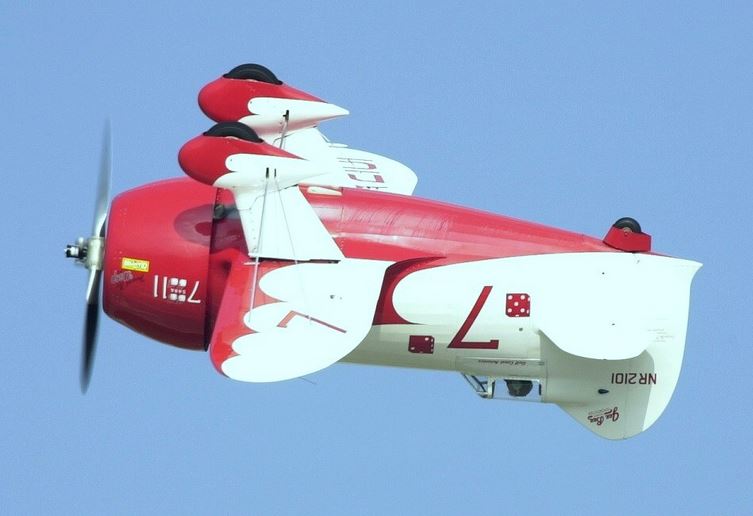 (Above) Delmar spent a lot of time proving the R-2 was an amazing aircraft and flew the Bee Bee inverted at many airshows.

Priced at $129.99, the new re-released UMX Gee Bee R-2 from E-flite captures all of the excitement and performance of the full size aircraft. With a wingspan of only 20 inches, the R-2 comes equipped with a more powerful motor, AS3X and optional use SAFE Select technology making it even easier to fly than the original UMX Gee Bee. 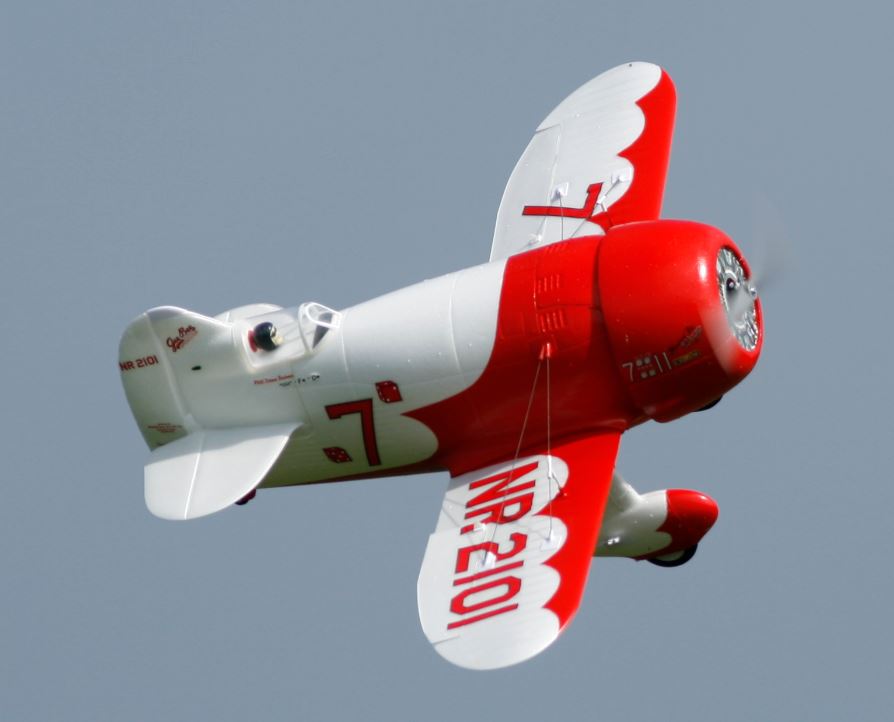 Recently reviewed in the January 2019 issue of Model Airplane News, we put the mini Gee Bee racer through its paces and there was a lot to be impressed with. As with all UMX models, the R-2 comes out of the box fully assembled and ready to fly. All you need to add is your own DSMX- or DSM2-compatible transmitter and a 2S 200 to 280mAh LiPo flight battery. Molded from rugged and lightweight foam, the R-2 comes factory painted and has loads of molded in details. The big wheel pants and the flying wires even come installed, so there is nothing to do but charge you battery and go to the flying field. 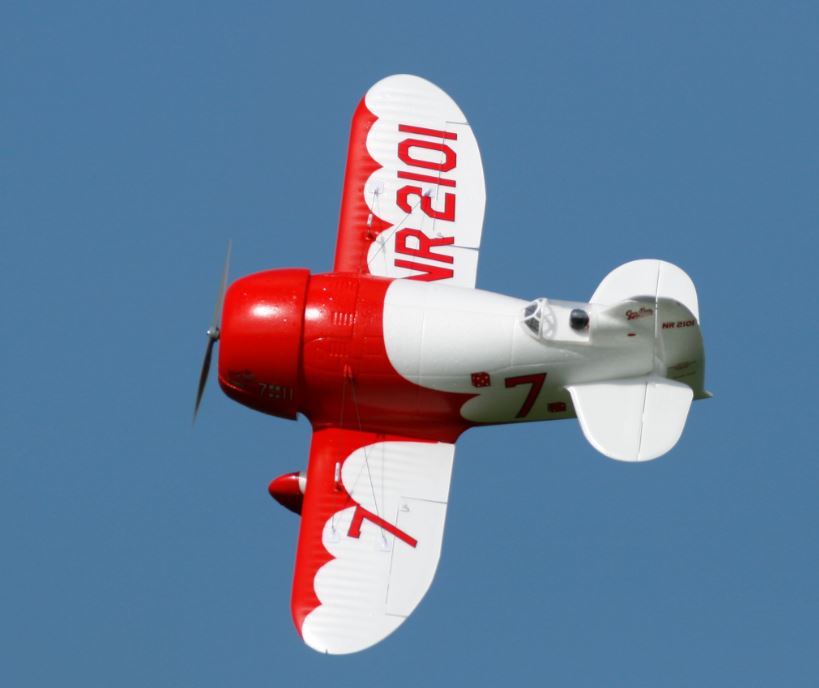 The E-flite Gee Bee was always a great flying backyard flyer, but the newest version is a step above. As soon as you launch the R-2 you can feel the added flight stability making it feel like a larger airplane. It can be flown wind conditions that would otherwise ground other lightweight airplanes, and it feels completely unaffected by wind gusts. 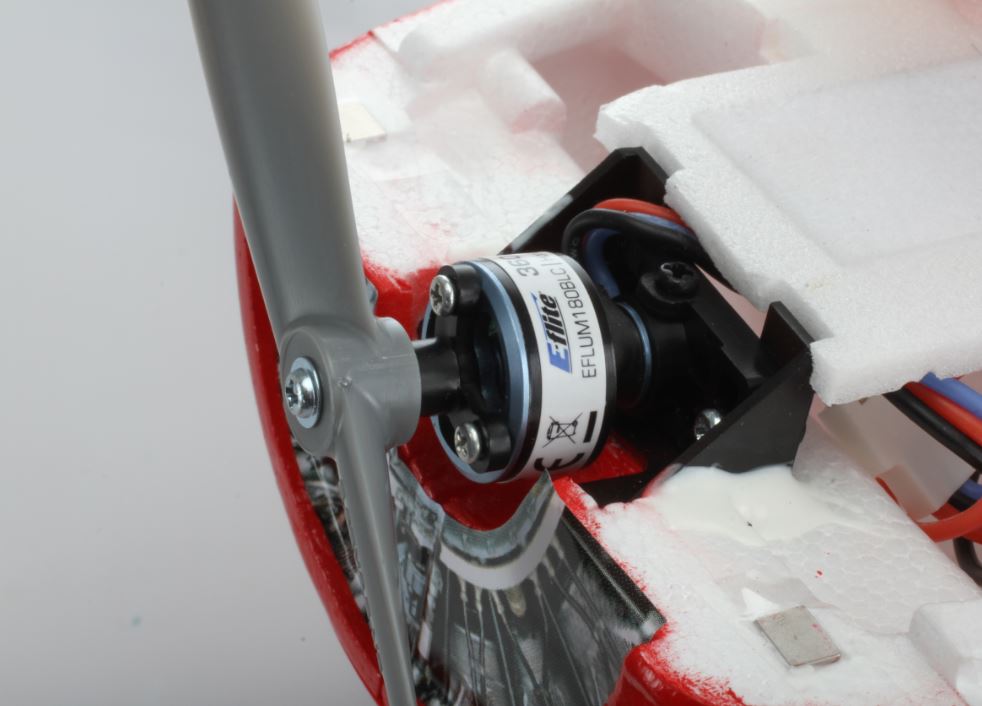 When it comes to aerobatics, the Gee Bee holds a straight line easily with amazing tracking and stability, while also having excellent control response. It will do any aerobatic maneuver you’d care to perform. The added power gives the model a noticeable increase in speed which adds to the fun in a big way. 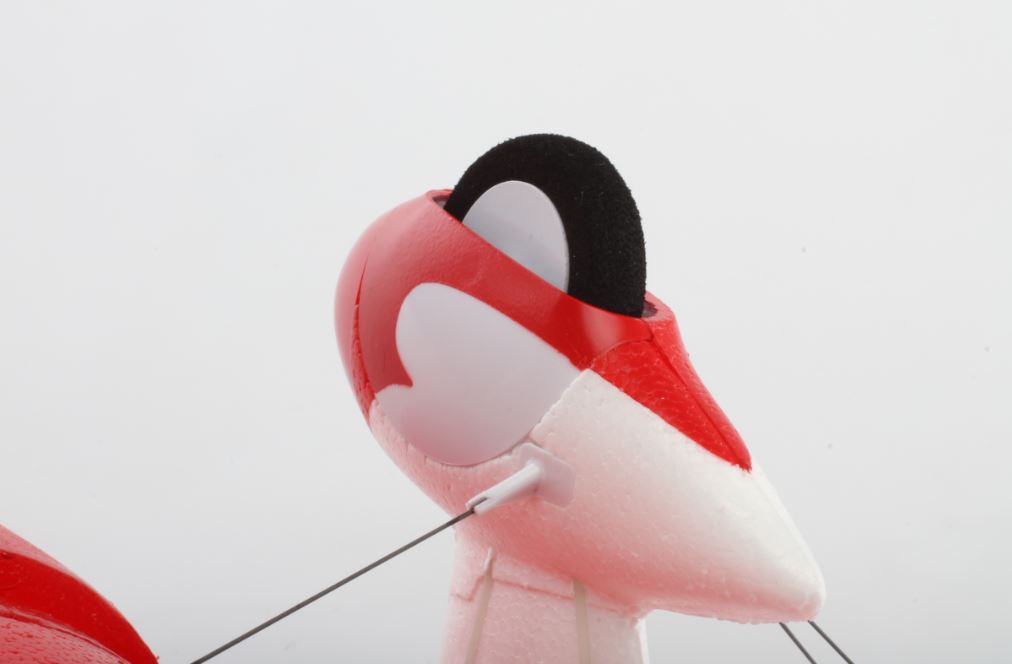 Flown from a smooth surface, you can take off and land easily but it’s small size requires hand launches when operating from a turf flying field. Landings in the taller grass are not an issue at all since the model is so lightweight and ruggedly designed. 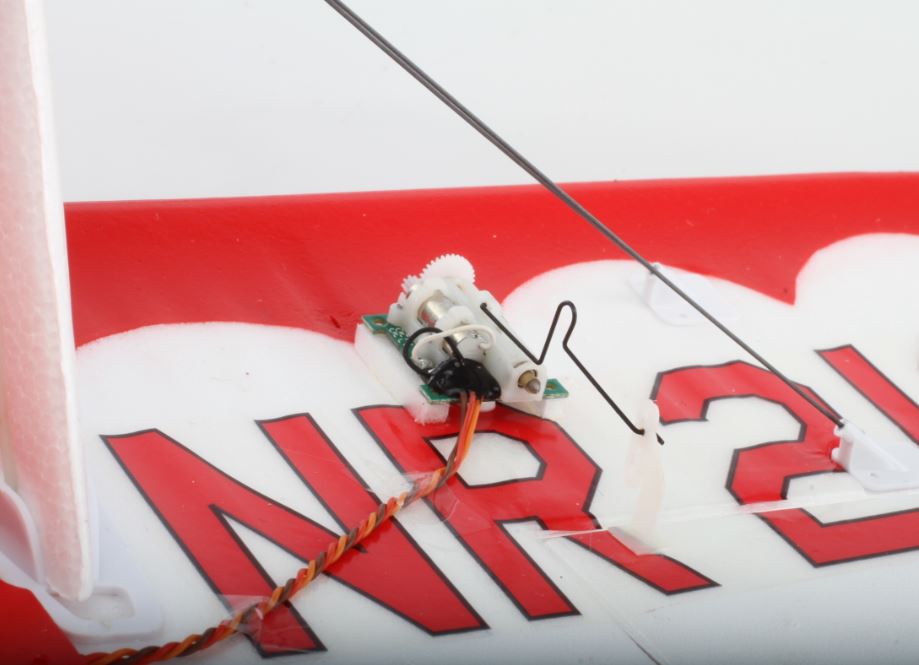 If you long for the excitement of the Golden Age of Aviation and want to pilot the most famous Gee Bee racer of them all, then the UMX Gee Bee R-2 is just what the doctor ordered! 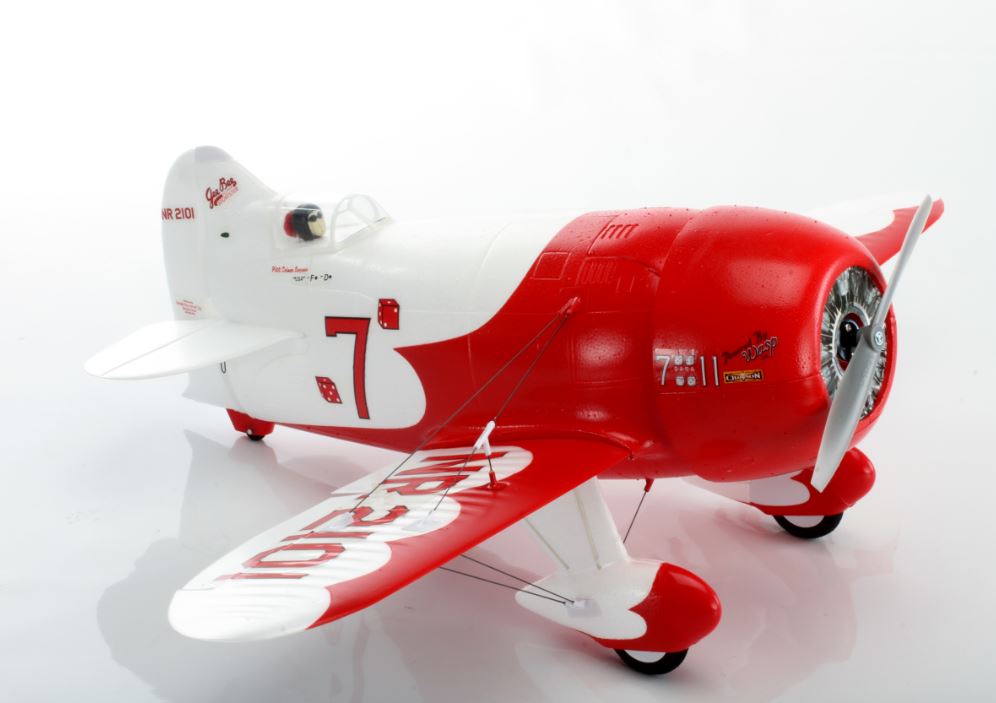