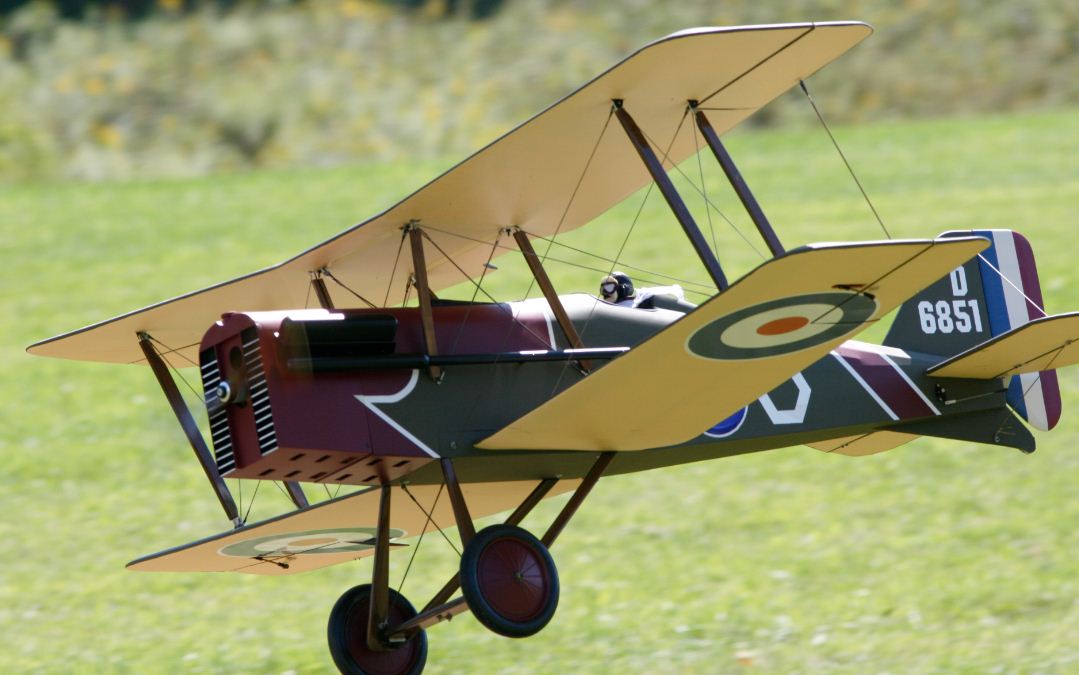 The one thing you can truly count on while attending the Old Rhinebeck RC Jamboree in New York is that you are going to see some beautiful WW I Biplanes. Such is the case with an impressive RAF SE5a Scout built and flown by Ralph Perrone of Pittsfield, MA. Ralph’s electric powered Scout was a piece of art. WW I planes aren’t uncommon at the vintage aviation aerodrome, but such a big electric powered biplane beauty like this one is a rare treat indeed. Here’s what Ralph had to say about his impressive model. 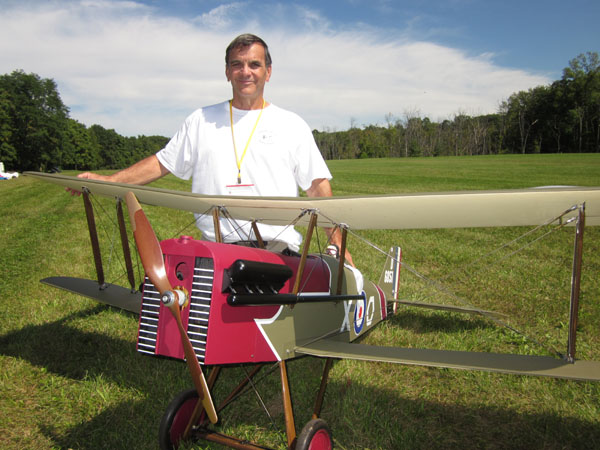 MAN: Except for the absence of a gas engine exhaust note, your SE5a is completely at home here in the traffic pattern over the Old Rhinebeck Aerodrome. Tell us a little about your British fighter.

Ralph Perrone: I started building this model a long time ago and it has been on the bench for several years. It is scratch built from William Effinger plans and uses traditional wood construction though out. 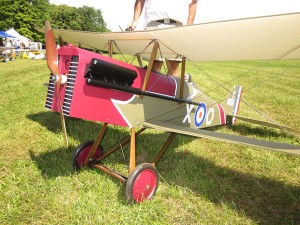 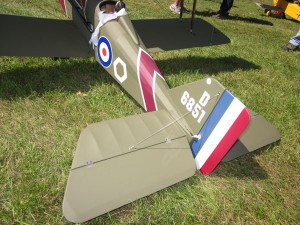 MAN: What are the model’s basic numbers? What scale is it and what’s the covering method?

RP: The SE5a is 1/4-scale and it has an 80-inch wing span. I covered the airframe with iron-on Solartex fabric and the model is painted in a semi-scale scheme using common Krylon spray paint. The finished ready to fly weight is 19 pounds. 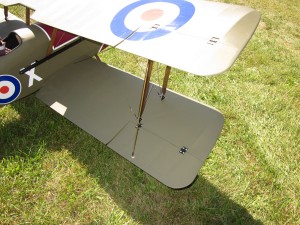 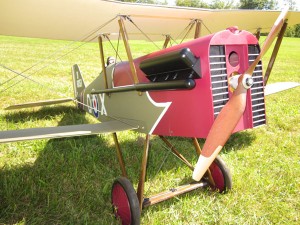 MAN: What about your power system, how does the model perform?

RP: The SE5a is powered with an AXI 5330 brushless and I use a Castle Creation HV-85 controller. The power system is fed with two PolyQuest 5000mah 6S Li-Po packs wired in series. The SE5a flies very nicely and it has no trouble keeping up with all the gas powered planes. The current draw at full throttle is only 37 amps spinning an APC 21×14 Propeller. 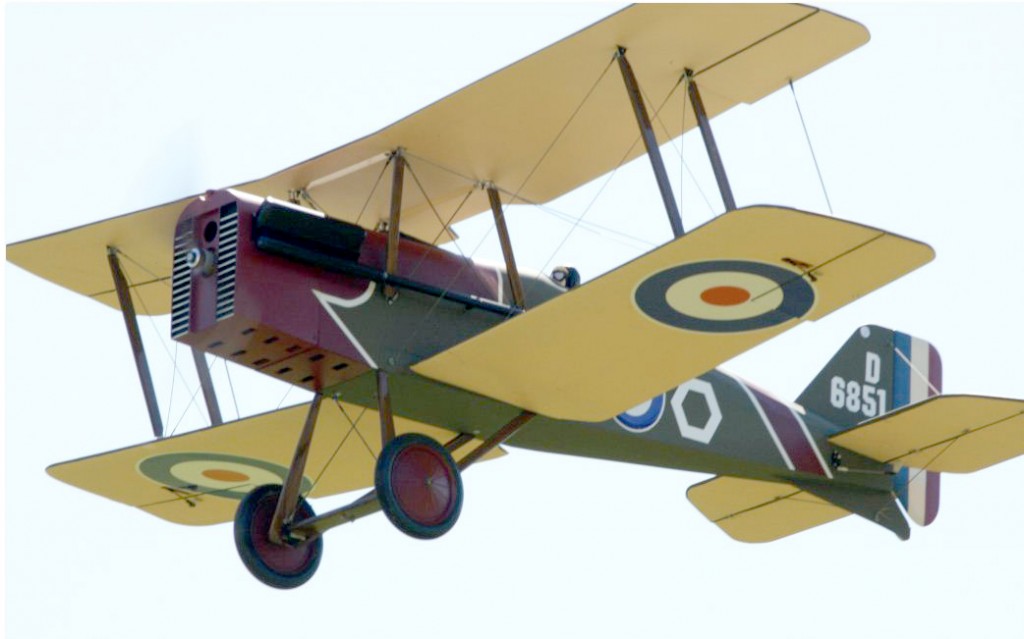 Another advantage of using an electric power system is less vibration and absolutely no engine exhaust residue so all the model’s details are clean and easy to work with.