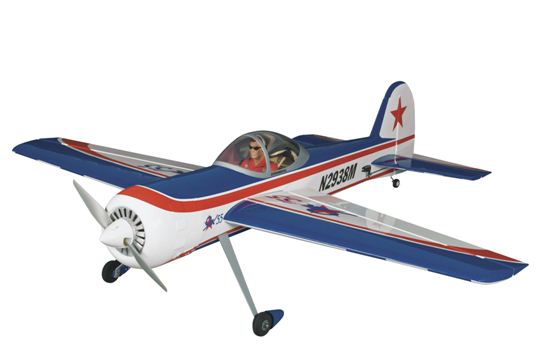 ElectriFly® has captured the unique look of the aerobatic champion Yak-55M in a 51” wingspan electric ARF!  There aren’t very many models based on the Yak-55M, so pilots will stand out at the flying field with this E-Performance Series ARF.  Small enough to be equipped with easily available electronics and economical LiPo batteries, the assembled Yak-55M will fit in most cars.  And flyers will fly the Yak-55M with confidence in winds that would affect smaller electric models.