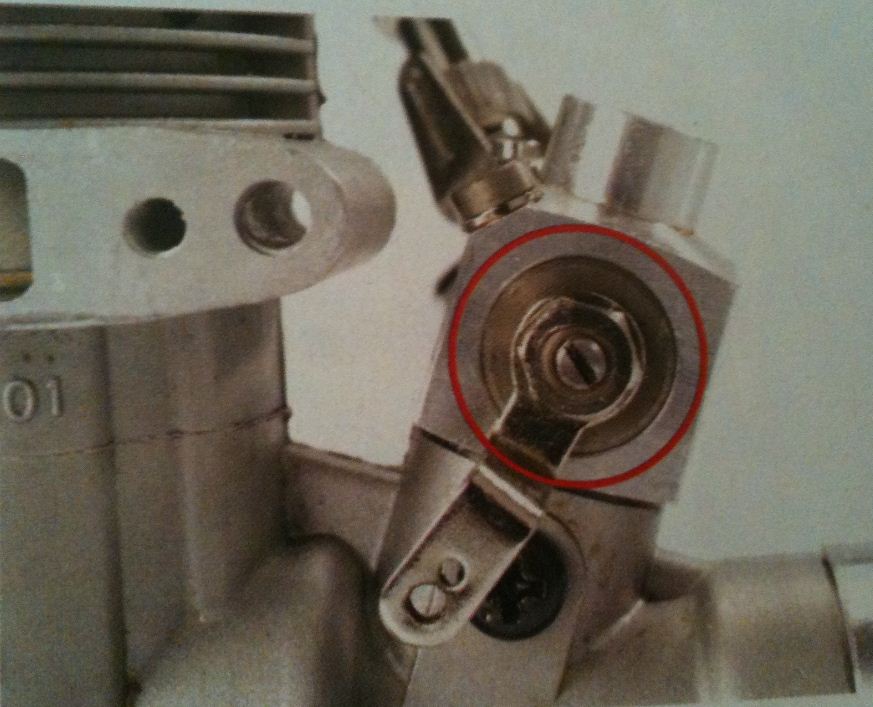 After you’ve set your main needle valve, idle your engine. It should slow down to a smooth idle and then accelerate quickly as the throttle is advanced. If the idle mixture needs adjusting, use the following “pinch test.”

With the engine at idle and one hand holding the rotor head, pinch the fuel line and listen to the engine. Pinching the fuel line will prevent fuel from entering the carburetor, so the engine must run on whatever fuel is already there. As this fuel is used, the mixutre will lean out, resulting in a faster running engine. During this pinch test, I listen for the engine to increase in idle speed for 2 to 3 seconds before it starts to die from lack of fuel. Release the fuel line to keep the engine running.

If the engine increases in speed for longer than 2 to 3 seconds, this is an indication that the idle mixture is too rich. The idle needle valve is very sensitive, so turn it clockwise only 1/8 turn to slightly lean the idle mixutre, and perform the pinch test again. Continue leaning the mixture 1/8 turn at a time until you get the 2- to 3-second response time.

If the engine starts to die from lack of fuel more quickly than after 2 to 3 seconds, this is an indication that the idle mixture is too lean. Turn the idle needle valve 1/8 turn (counterclockwise) and again do the pinch test. Continue this process until the 2- to 3-second response is reached.

The pinch test should get you in the ballpark for the correct idle mixture, but the real test is hwo the engine decreases ot idle speed, maintains a reliable idle and then accelerates when commanded. As a rule, if the engine dow not slow to a smooth idle but instead stays at a higher power settting and slowly decreases, this indicates a lean idle mixture. Turn the idle needle valve out (counterclockwise) 1/8 turn, and bring the endine to idel again to see the result. If the engine slows to an idle but hesitates and does not accelerate smoothly as the throttle is advanced, this indicates a rich idle mixture. Close the needle valve 1/8 turn clockwise, and try accelerating the engine again.