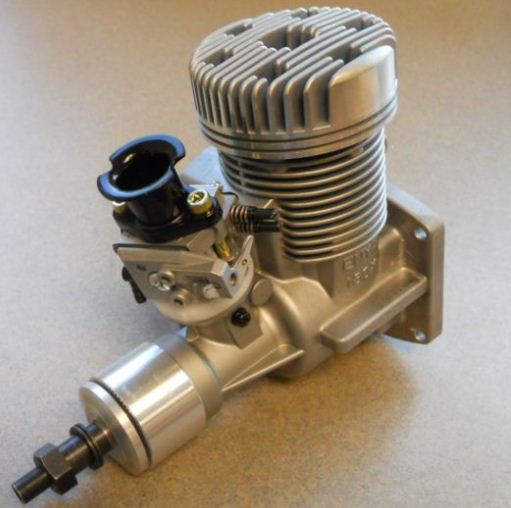 During and following WW II, I spent seven and a half years as an Army Air Corps/Force pilot. During this period I had the occasion to fly a variety of multi-engine aircraft. Many of the larger horsepower aircraft such as the C-46, B-17, and B-24 utilized an auxiliary power unit we called the “Put-Put. These units were used to start the main engines saving wear and tear on the aircraft’s batteries. The novel thing about these power units was that they ran on gasoline and utilized a glow plug rather than a spark ignition system.

I imagine these glow plugs were either similar too or the same glow plugs used to start diesel engines. Whether the put-put plugs remained energized while the engine was running I do not know, but would guess they may have due to no catalytic action between gasoline and the glow plug element unlike a conventional glow plug where the methanol in the fuel has a catalytic action on the platinum element in the plug causing the plug element to get hot.

Ray Arden has always been credited with inventing the glow plug and introducing it to the modeling public in 1947, however, as we just mentioned, military aircraft and diesel engines were using glow plugs long before 1947. I do not know if Ray had a hand in developing the early day glow plugs or not, or if they provided the inspiration for his later development. If any of our readers know, please let me know. I have always wondered when one of our model engine manufacturers would take advantage of this technology. Well, guess what? Enya has now done just that with the introduction of their 180X-GS that runs on gasoline while utilizing a special glow plug and lubricating oil. 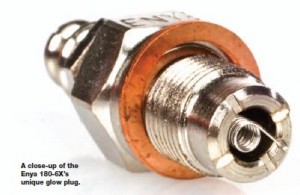 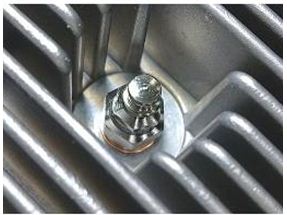 As far as I have been able to determine, the only modifications Enya has made to their standard glow ignition 180X and the 180X-GS is to use a larger head for increased cooling with a higher compression ratio and the inclusion of a Walbro carburetor. This head in conjunction with the special Glow plug and special oil result in the engine running on gasoline. 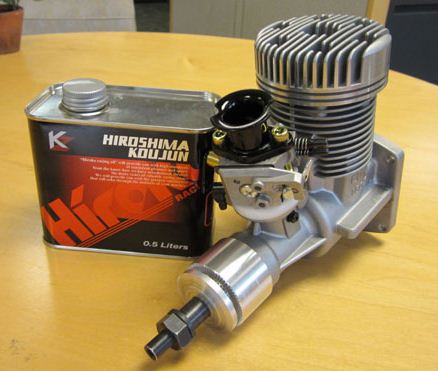 This special oil carries a rather unusual name of being an “Ester System” Chemo syntheses oil and has been developed by NSi Moka, a Japanese racing oil manufacturer for which a patent has been applied for. I asked Ken Enya, who heads Enya, if one of the chain saw/leaf blower or 2-stroke air cooled outboard oils could be used and was told no. Appearance wise, the glow plug is much like a standard glow plug, however, it utilizes a 6m-J thread, and has four notches on the nose. Again, inquiring about the purpose of the notches, I was told they influence the ignition and increase combustion efficiency. Like the special oil, a patent has been applied for for the plug. I would have to speculate that this special oil must have a catalytic affect on the special material used in the glow plug element much the same as methanol does on the platinum element in standard glow plugs.

The engine is of ABC design, but also utilizes a single expansion type ring, develops 3.2 hp @ 8,000 rpm and weighs 3lbs. 4ozs. Propeller sizes range from 18 x 10 through 20 x 8. Bill Jensen, who has been an approved sales, parts, and service center for Enya since 2007, conducted some comparison tests between the Enya 180X-GS and Super Tigre 3000 (1.8 cu. in.) with the Super Tigre using 5~ nitro glow fuel. The Enya turned an 18×10 Zinger 6,900 rpm versus the SuperTigre’s 6,800 and a 20 x 8 Zinger 6,700 rpm versus the SuperTigre’s 6,400. Pretty amazing when you consider that gasoline burning engines generally turn 800 – 1,000 rpm lower than an equivalent engine burning glow fuel. Bill also had the Enya idling as low as 1,400 rpm with good acceleration and deceleration characteristics.

The engine does carry a pretty stiff price of about $1,100 depending on the current exchange rate with an optional Pitts-style muffler being $130.00 extra. A 50ml can of the special oil costs $39.00 and is good for four gallons of fuel when mixed at a 30 to 1 ratio. With gasoline running close to $4.00 a gallon here in the Los Angeles area and one quarter of the oil costing $9.75 you come up with a fuel cost of $13.75 a gallon. With a gallon of 5% nitro glow fuel running in the $20.00 range, you are experiencing approximately a 36% saving.

With gasoline burning at approximately half the rate of glow fuel, the savings becomes even greater. Whether this would justify the additional cost of the engine would depend on how much flying you do. Although I have not had one of the Enya 180X-GS engine in my hands one is coming my way. However I am sure the quality and workmanship are typical of the other Enya engines I have reviewed or examined—Equal to the best.