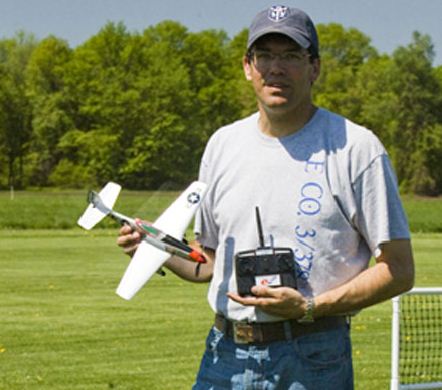 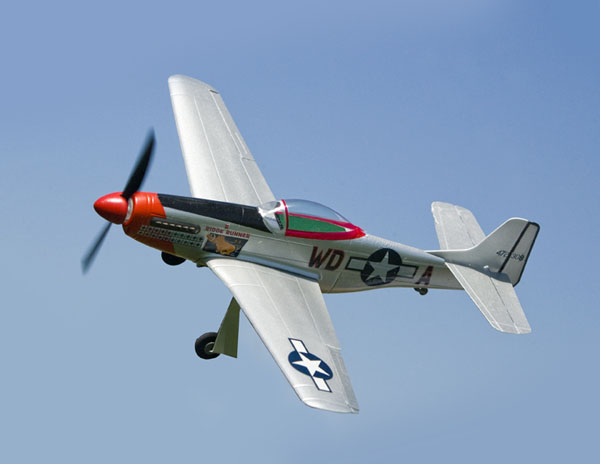 Perhaps the most famous and certainly the easiest to recognize WW2 fighter is the P-51D Mustang. It’s a true Icon of the heavy-metal military warbird legacy. Back in the 50s, 60s and early 70s, surplus Mustangs could often be found for sale in the “Trade-a-Plane” yellow pages, but today, these highly valued aircraft are no longer an everyday sight at most airports. If you want to get your fill of Mustangs, there are only a few places to go, a Commemorative Air Force (CAF) Warbird event, the annual Air Venture fly in, Oshkosh, WI and of course at the Reno Air Races.

One of the nicest RC micro fighters I’ve seen in a while is the eRC Ridge Runner III micro P-51D Mustang from Hobby Lobby. The first in Hobby Lobby’s series of Micro Warbirds, from the Mustang comes ready to fly right out of the box and it comes with a 2.4 GHz 4-channel radio system. The completely built P-51 even has scale decals already applied and includes other pre-installed hardware including a geared motor, receiver and servos. There’s also a nice display stand supplied to show off your Mustang with while not flying it, four “AA” batteries for the transmitter and two 1s LiPo flight batteries.

Designed with the sport flyer in mind the new eRC Mustang is a great-looking 3-channel, aileron, elevator and throttle equipped micro flyer. The model comes out of the box requiring no effort to make ready for flight except for about 10 minutes to charge its flight battery. A battery charging circuit is built into the transmitter and it can charge whether the radio is on or off. The Mustang comes with two flight batteries so one can be on charge while you are flying with the other. It can easily be flown both indoors and outdoors during calm wind conditions. The Mustang is molded from sturdy foam (including the spinner) and there are panel lines molded into the fuselage. The clear canopy and molded exhaust stacks give it a nice scale appearance. The tail wheel assembly is just a molded detail and acts as a tail skid. The landing gear wire struts can be removed but the landing gear doors are glued to the attachment pads in the wing. For power there is a brushed, geared motor with the esc and receiver all installed for you. Throttle as well as the servo performance is all proportional providing smooth control response during flight. In case you do manage to bend or damage something, there is a complete line of replacement parts available. The display stand requires very minor assembly and there is a Velcro pad at the top and a ball swivel so you can pose your little Ridge Runner in any attitude you like. The only thing I wish it had was a small pilot bust under that big bubble canopy! I’ll have to carve up a little foam and make one myself!

The Ridge Runner III comes with the receiver already bound to the transmitter. Simply turn on the transmitter and attached the fully-charged flight battery to the power lead under the model’s nose. Be sure to match the orange dots to prevent plugging the battery in with the wrong polarity. Should you find that the model does not respond you’ll have to rebind it. To do this, turn on the transmitter, plug in the battery pack and then simultaneously depress the throttle’s two trim button and the release.

The new eRC Mirco Mustang Ridge Runner III is as exciting to fly as it is good looking! Flying inside a sizable gymnasium you can really get into doing some touch-n-goes or perform high-altitude patrol flights just under the ceiling. Several of these mirco flyers with different decals and aircraft markings would be like an indoor Reno race. Now if only eRC would come out with some Me-109s or other Luftwaffe fighters to dogfight with, now that would be exciting!

The micro P-51 can be flown with or without the landing gear in place. I do recommend removing the gear and gear doors if you plan to fly outside so you don’t damage them while landing on rough surfaces. Also, or outdoor sorties the eRC recommends you use the “Micro Warbirds Outdoor Propeller” (no. ERC20
15.) For indoor sorties, the landing gear’s foam rubber tires make takeoff runs and landings very easy.

Stability: With its incredibly light wing-loading the Mustang has very stable flight characteristics. It is very easy to fly in all types of maneuvers.

Tracking: Though it doesn’t have a functional rudder, the Mustang does track very well during flight. On the ground, you can turn or taxi other than in a straight line but there’s plenty of power to take off quickly with minimal correction.

Aerobatics: The Mustang can do any maneuver requiring aileron and elevator so loops and rolls are a breeze. Also you can do decent wingovers without the rudder if you time the throttle adjustments just right so the model drops off to the left. Inverted flight is doable but should be saved for outside flights as you want some safety altitude under the wing before trying wilder maneuvers.

Glider and stall performance: With such a light airplane equipped with a thin under-cambered wing, worrying about unwanted stalls is a waste of time. Throttle down and the model naturally enters a descending attitude. If you force a stall with full up elevator and reduced throttle, the model doesn’t do anything crazy, and to exit a stall or pseudo spin only requires a bit of power for recovery. 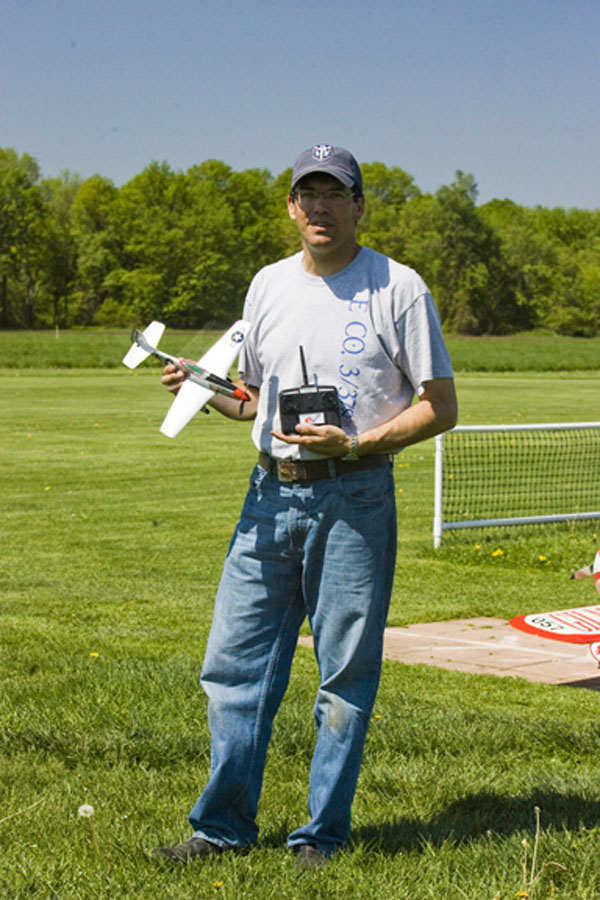 The most fun you can have with the Micro Mustang is to fly inside a large enclosed area like a big double gym or an inflatable athletic dome. And of course you should not fly alone. This Mustang was born to dogfight and chase pylons. If you have a little Walter Middy in you, than this Ridge Runner is for you.

+ Complete package (including radio) all in one box

– No pilot in the cockpit! 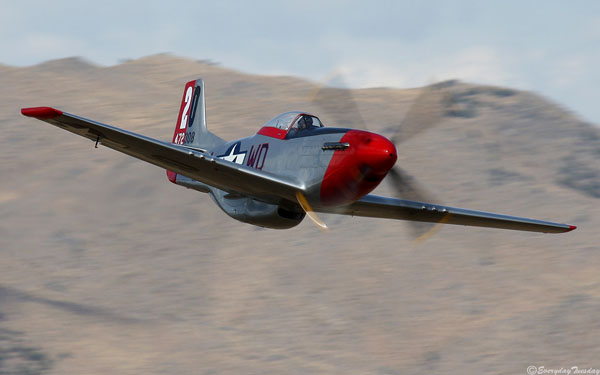 If you are familiar with this exciting, high-octane racing phenomenon, then you’ll know that Mustangs very much enjoy a new lease on life as they blast past the Nevada pylons. Of the many “Ponies” that show up on race day, there is the fairly stock P-51D Mustang called “Ridge Runner III” piloted by Ron Martin. Ron is a very talented pilot and he has more than 2,600 hours as a P-51 driver. Not only does he fly his beautifully restored stock Ridge Runner III, Dan also races in the highly modified Dago Red Mustang, so he has a tremendous amount of adrenalin-pumping thoroughbred race experience. 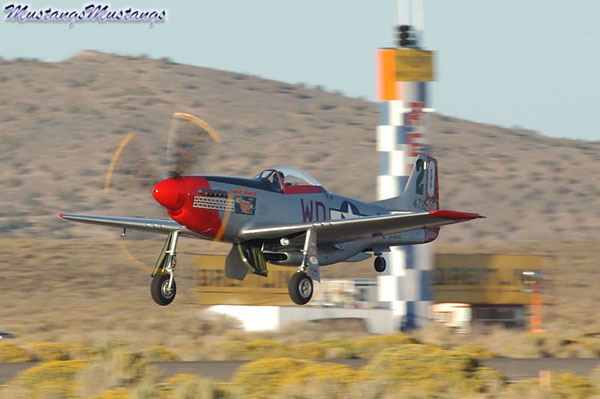 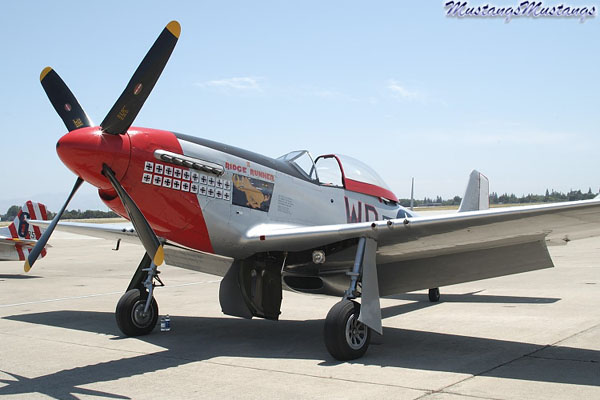 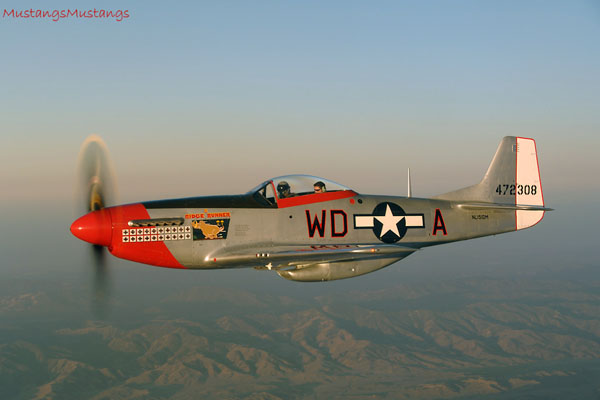 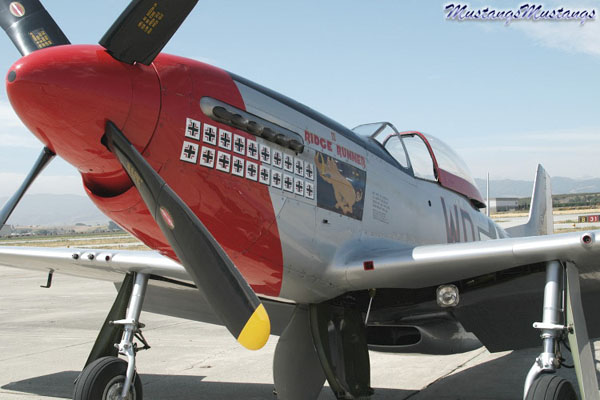 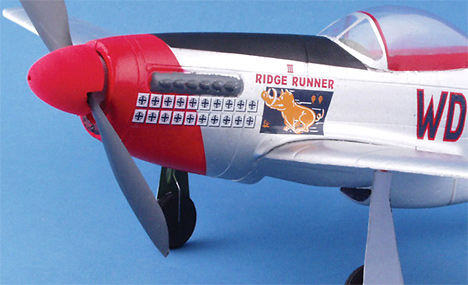 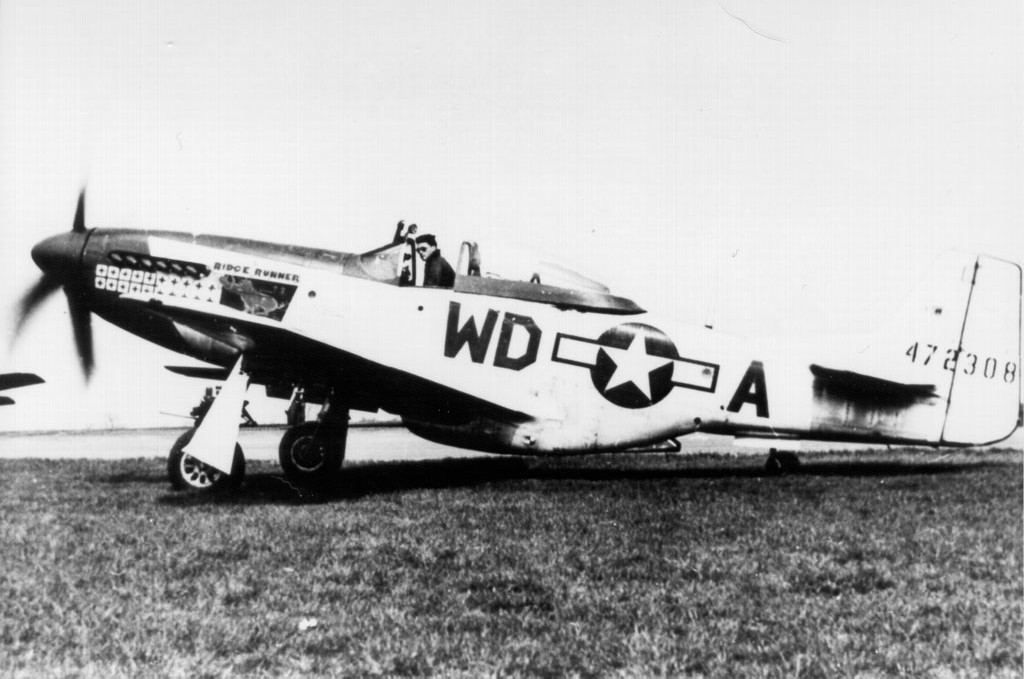 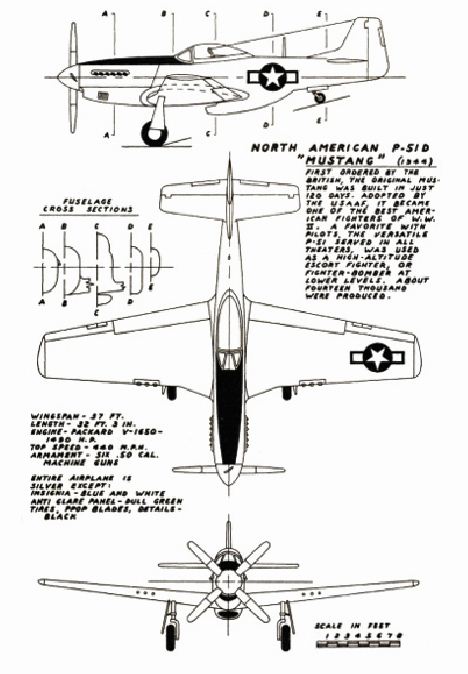