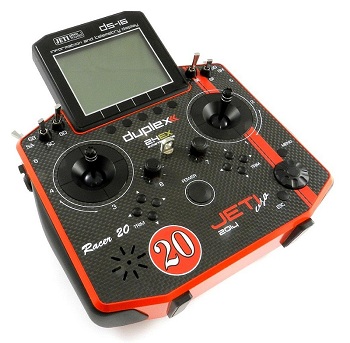 Check out our New upcoming Jeti USA “Limited Edition” Christmas Line of Radio Systems!!! Only 20 pieces of Limited, All Numbered Radio Systems will be Released in Each of the Series. Total of 40 radio systems are Scheduled for 2014.

The Limited Edition, Numbered radios will be produced in either the Red/Black “Racer” or the Black/White “Phoenix” schemes. The set includes a Limited Edition Jeti DS-16 Carbon Transmitter, Carbon Commemorative Plaques, and Transmitter Case.

Production and shipping are scheduled between November 15 and December 15. All custom radios ordered by December 1 can be delivered by Christmas of 2014.