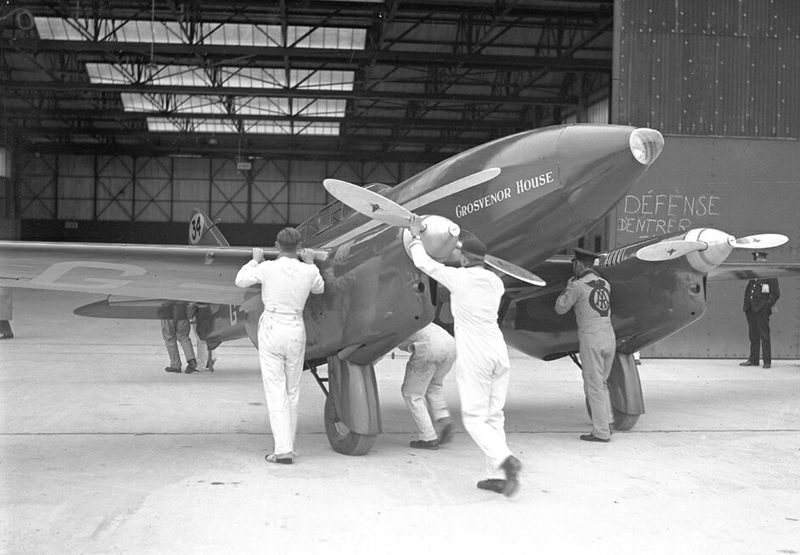 De Havilland DH88 Comet G-ACSS ‘Grosvenor House’ being pushed into one of the hangars at Mildenhall, 1934 MacRobertson Air Race. This aircraft, flown by C.W.A. Scott and T. Campbell Black, won the air race, reaching Melbourne in an elapsed time of 71 hours. 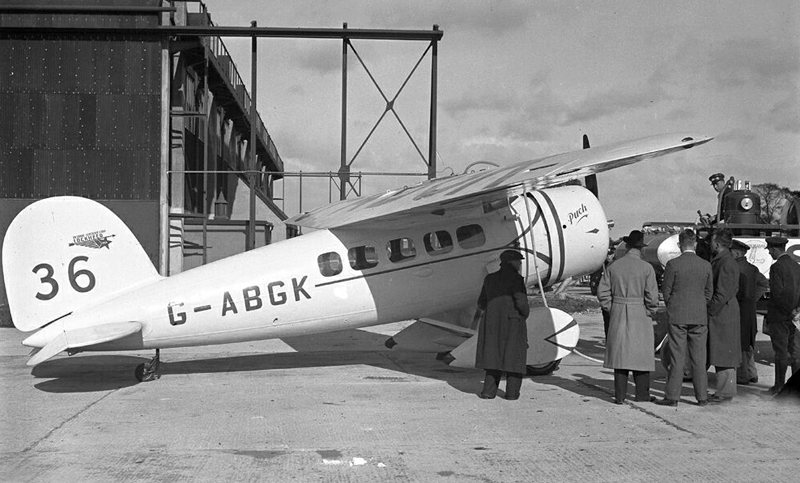 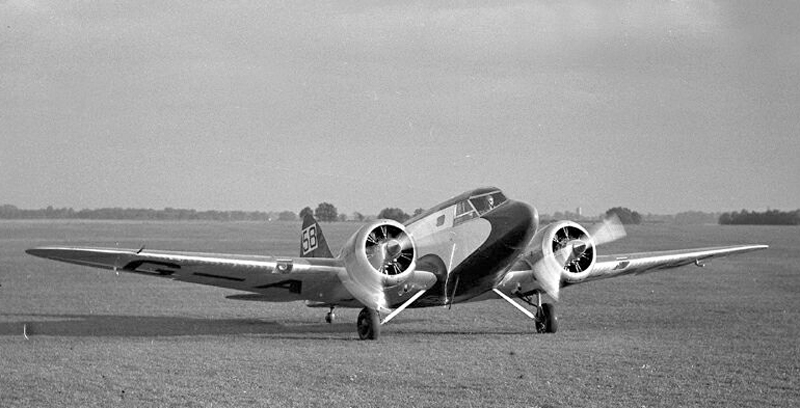 Airspeed AS.8 Viceroy, G-ACMU taxiing at Mildenhall prior to the 1934 MacRobertson Air Race. 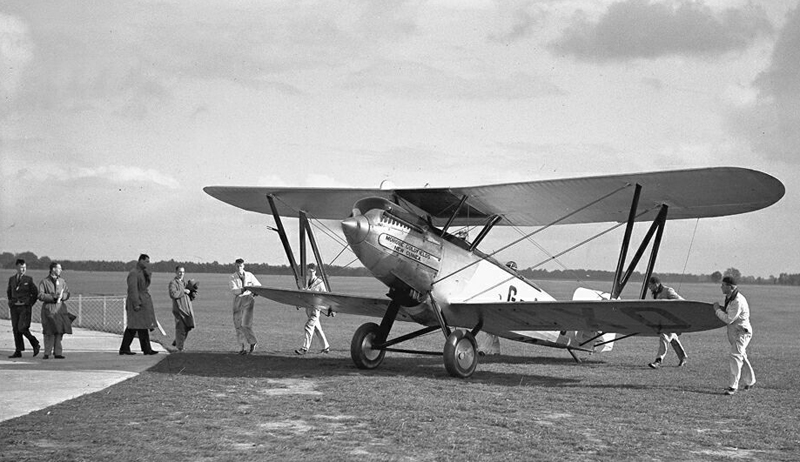 Fairey Fox I, G-ACXO flown by R. Parer and G. Hensworth, retired from the MacRobertson Air Race in Paris, but later completed the route, arriving in Melbourne on the 13 February 1935.