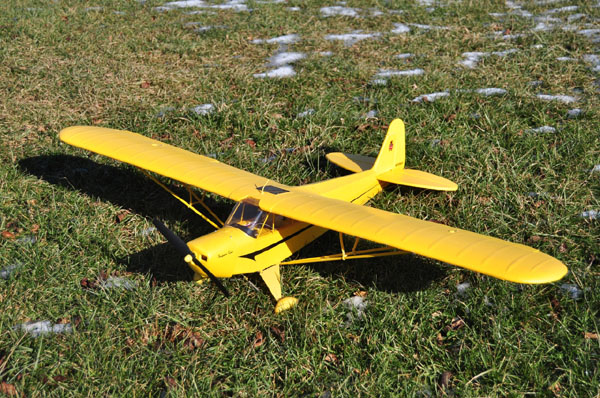 Everyone knows what a Piper Cub looks like and if you ever saw the Flying Farmer Airshow Routine at the Old Rhinebeck Aerodrome, you know what a Piper PA-12 Super Cub looks like. The big difference between the PA-12 and the standard J-3 Cub is basically the enclosed engine cowl and sometimes, the addition of wheel pants to add to the Super Cub’s styling and wind resistance reduction. Thousands of Cubs are still flying all across the country which is a testament to this 1920’s era airframe design. 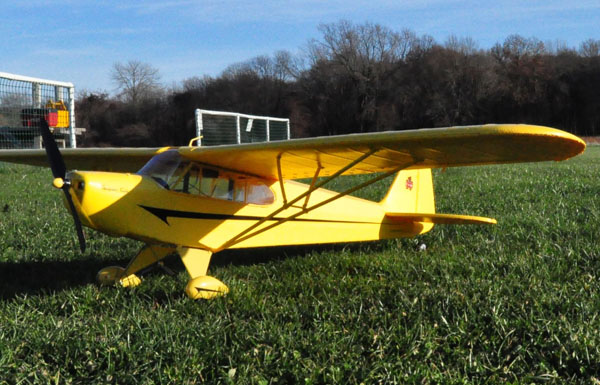 The new FlyZone Piper Super Cub Select from Hobbico is an ARF that’s receiver ready (RxR). At the workbench, it went together very well and I had it ready to fly in a little over an hour. All I had to do was install my receiver and a flight battery pack and install the pushrods. The tail surfaces “snap” together with friction fittings. The rudder/vertical stab assembly once in place can move backwards in its position, so the assembly can benefit from a little epoxy (a drop or two,) to hold them in place against the forward end of their seating location. I did fly without the epoxy and it did not move in my maneuvers. 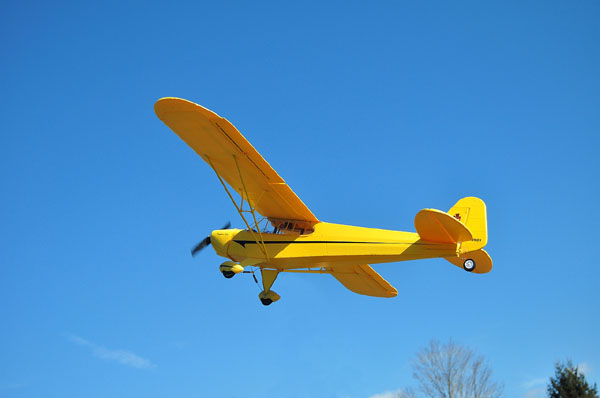 The model is nicely designed and it features AeroCell foam construction and comes with pre-applied decals. A nice feature is that the wing rib detail is also molded in for a more realistic appearance. A nice touch is the wheel pants and the shock absorbing landing gear that soaks up the bumps of a rough runway. There’s even a nice instrument panel inside. The model has scale wing struts and you should install them for good looks and for proper support of the wing. I installed a 1350Mah Li-Po pack and with the included motor and speed controller, I get well over ten minutes flight times out of the setup.

To balance the Super Cub I added a 2oz weight to the nose inside the cowl and this put the model perfectly in at the middle-ground balance setting. 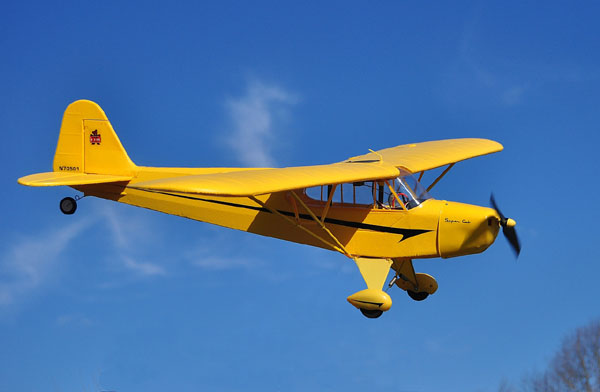 Flying this little cub is a dream. I had no trouble with the model at the flying field even with its wheel pants in the grass. It has more than enough power to get itself airborne in a hurry. No hand launch required! This little aircraft tracks perfectly and has a steerable tailwheel to help it taxi around before takeoff. The Cub flew correctly the first time out and needed only a slight bit of down trim. Ailerons were set perfectly also right from first flight.

For most of the test flight, I flew the Cub in a relaxed scale like fashion including some real slow and scale low level passes. I also performed some aerobatics with it to see what it could do and I was very pleased to see it does gorgeous Wing-overs and Hammerhead stalls just like the real thing. The model will easily do anything you want and any maneuver that uses Rudder and Aileron. Aileron-only rolls are a bit awkward so you should feed in just a little bit of rudder for a nice coordinated turn or rolls.

Barrel rolls are very nice as are big open loops. With the model balanced as indicated by the instructions produces a very stable flyer and it takes a bit of effort to do anything like a high-speed snap roll or a stall. In a spin however, the Super Cub (with max control throws,) does a nice job with an easy recovery.

So, all in all, if you are already past the trainer stage of flight training, I would say that the FlyZone RXR Super Cub Select Scale would make a pleasant, well-behaved aircraft that has lots of scale appeal. It has nice little details too which are fun and add to its realistic appearance. 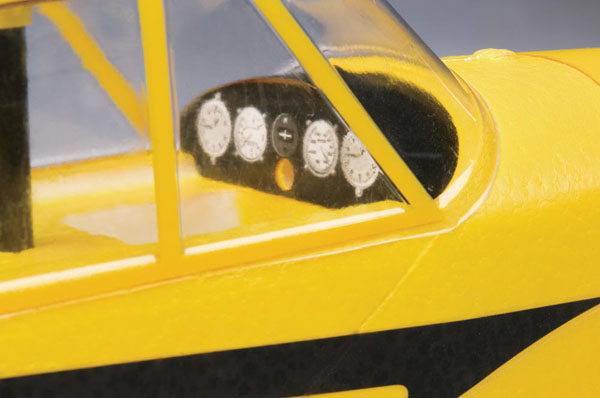 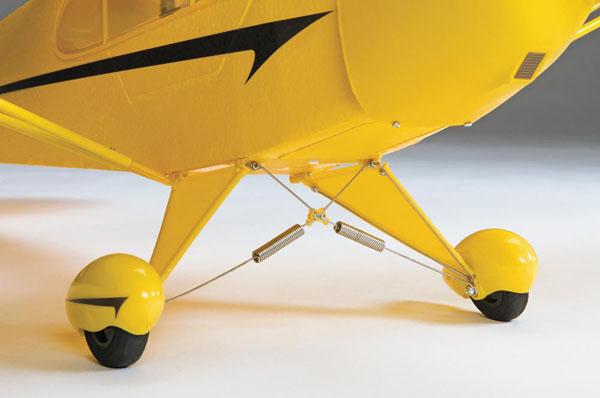 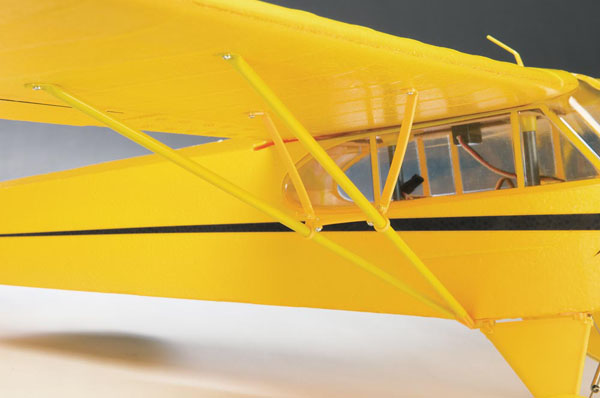 (Above) Functional and scale looking wing struts. Don’t fly without them. 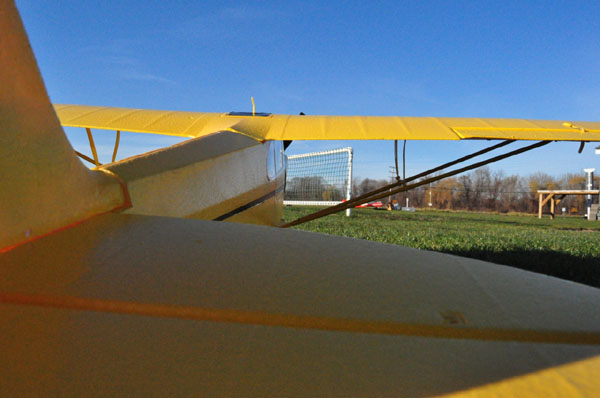