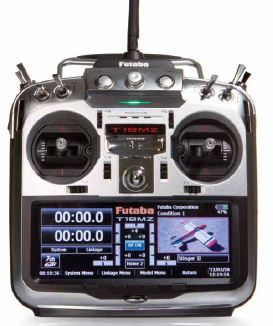 Whether young of old, most of us have something exotic that we yearn after, even though we know perfectly well that it isn’t a necessity or even attainable. For some, it may be a Porsche GT, while for other it’s a blood red Ducati Desmosedici that gets the pulse racing. For us RC guys, you can add the new Futaba T18MZ to the list, and unlike the aforementioned examples, this exotic is actually attainable to more than the ultra-wealthy. Dual processors, Windows CE, HVGA LCD screen, USB ports, SD card slots, music player and digital camera are not things normally associated with a radio  control system, but the T18MZ is far from normal. 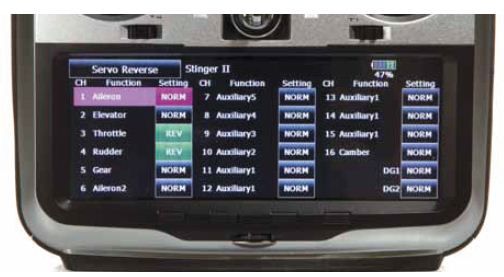 I’ve had the fortune to try out one of these fantastic new radios and have been absolutely blown away with not only its tremendous capability, but also with the relative ease of use. There are simply too many features to mention in this article, so I will try my best at pointing out some of the standouts. What makes it tick The T18MZ uses the new FASSTest 2.4GHz bi-directional communication system that gives it the ability to use real-time telemetry. The compact, high-voltage capable R7008SB 8-channel S.Bus2 receiver that comes with the radio system allows for multiple telemetry sensors to be used via the second S.Bus port, so things like  temperature, battery voltages, and altitude can be displayed on screen. 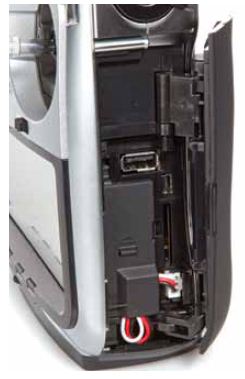 To achieve the 18 channels, two receivers are bound to the transmitter in either the FASSTest 18ch or FASST Multi mode, type of switch at that location; say for example, a momentary instead of a multiposition. On either side, there are two sliders, one at the ends, and one just inside the ends that is accessible from both the front and rear of the case. Lastly, here are three dial knobs near the top center of the transmitter, two of which can be pressed flush. Everything has a very positive engagement and the center points are easily detectible, be it detent or audio tone. Silky-smooth gimbals have adjustable tension and even the side angle can be adjusted to the users liking. On the throttle, the ratchet can be adjusted or even eliminated without the need to disassemble the case, great for helis. Trimming is done via six digital trims that are assignable to whatever channel you like. I did say that this radio is customizable, didn’t I? To prevent accidental tip-over when vertical, the base of the transmitter has a large, flat surface, while the typical carrying handle at the top keeps the back clear of debris when horizontal.