For years I’ve watched  guy’s fly their Park Zone F 27 Strykers.  This plane has  excellent acceleration combined with  gentle landing characteristics. Flys very smooth when you want it to, or gets crazy when you want it to. A really fun plane to fly.

I just had to have one. 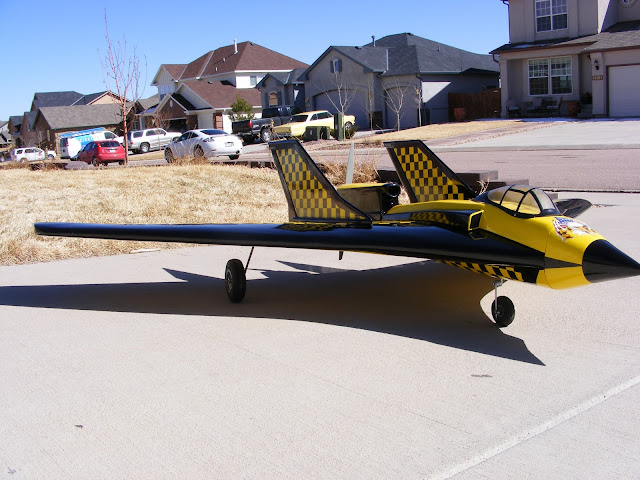 My friend Brian had the first offering of  the Stryker and had been flying his for years. Brian kept bugging me to get one so we could fly them together. Finally I relented. I told him I had ordered one on-line and it should arrive in a few weeks. He questioned my reasons for not just going to the local hobby store and buying the Stryker off the shelf. I didn’t have the heart to tell him the size of the Park Zone model really didn’t appeal to me. I told him instead how I got this great deal and didn’t have to pay any shipping or tax. 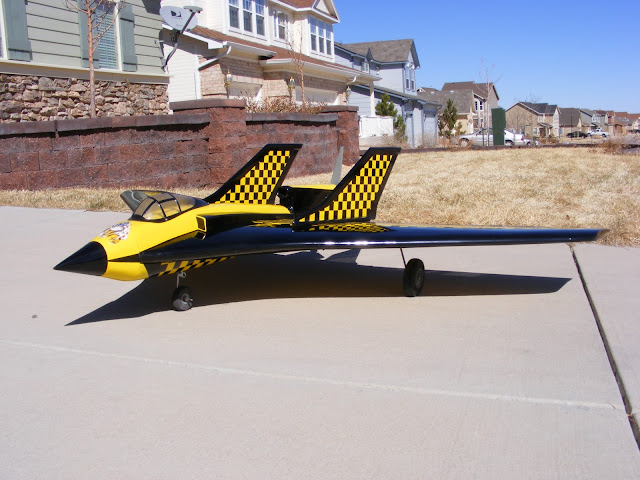 I had to buy some time. I wanted to surprize Brian with my version of  the Stryker.

My plan was to do a complete build. Just a much larger version. I like 60-120 size airplanes best. Since I only had few weeks to create this model  I need to expedite the design phase of this build.

I went to the local hobby store and purchased a replacement F 27 Stryker airframe for about $19.00. This came complete with all the flight surfaces. Not a bad deal.

I traced the out-line of the complete airframe on my plan sheet. I traced all the flight surfaces separately on the same plan sheet. After tracing was completed I made sure the drawing was symmetrical before proceeding further.

Now came the hard part. I needed to duplicate the wing cord as accurately as possible. I measured equal distances across the top of the foam fuselage where I wanted formers located. I did the same on the out-line of the fuse I had previously traced on my plan sheet. Carefully I cut wafers from the fuse at the locations of each former. The cut out formers were about 1/ 16 -in thick. I laid the formers on my plan sheet and traced them on the plans.

This method greatly reduced the time required to render a set of plans!

Once this was done it was time to in large the plane. No details of the structure were drawn at this point. Just the outlines. I felt it would be much easier to drawl in the structure details on a larger set of plans. I went to Kinko’s and after several attempts had a set of plan out-lines the size I was looking for. A F 27 Stryker with a 71-in wing span.  How cool is that?

With my large set of plans laid out I proceeded to add the structure details. The wing is a one piece design. The top and bottom of the fuselage are detachable for access to the batteries and steering controls.The rear nacelle is also removable for installing and adjusting the motor position. The landing gear are a fixed position design. The two vertical stabilizers are attached with epoxy to the main wing with contoured gussets on both side of each for added strength. The canopy was borrowed from a Hangar 9 Mustang D PTS I no longer have. 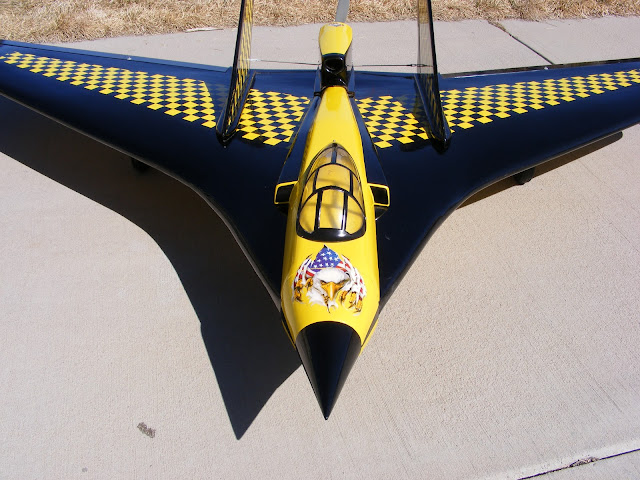 The nose cone is  removable as a result of  modifications I had to do after the build was completed.  Originally this plane was designed to be a puller prop system using an E-flite 60 bl out runner motor. The motor was mounted to the front of the aircraft. The problem was I couldn’t get the batteries far enough back in the fuse to obtain the proper CG. At least not without adding almost 3 lb of tail weight. Totally unacceptable.

My first solution was to move the motor to the rear of the plan and make it a pusher prop setup. This solved the problem of balance, but unfortunately created a different problem. With the motor mounted on the back of the air plan I couldn’t spin a large enough prop. The two rear vertical stabilizers limited my prop size to 14-in. This prop size on a 60 motor didn’t generate enough thrust. I needed at least a 15-16-in prop. If I had the availability of a 7 cell Li-Po set up at the time maybe. But it would have been close. This model weighs in at over 11 pounds and that puts its weight on the outside the reach of the 60 bl motor. I should mention this model was built 4 years ago and a lot has changed since then. Larger motor and electrical systems have advanced a great deal and are much more cost-effective. A 60 motor was considered large for the time. 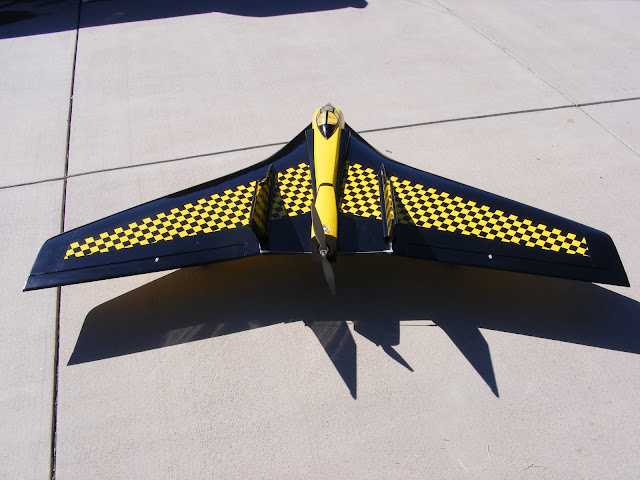 Needless to say, I had a problem.  “For every problem there is a solution.”