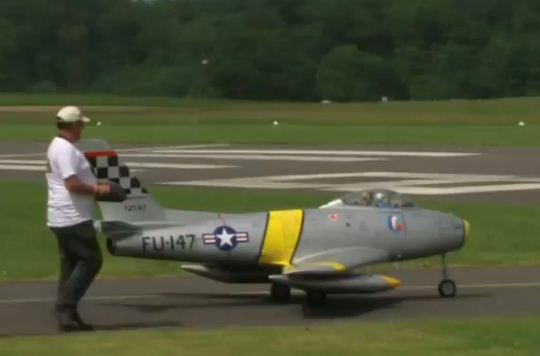 Flown by Henri Wild at the Icare-Airmeet in France, this 14-foot-span F-86 weighs in at 145 pounds and uses two JetCat 160 turbines for power. We’ve learned that the plane experienced an air leak in its retracts during this flight; at minute 2:59 the pilot starts to retract the gear but due to lack of pressure he decides to keep the gear extended for a safe landing. Thanks to Rich Uravitch for sharing this with us and to YouTube’s RCScaleAirplanes for posting this amazing video!