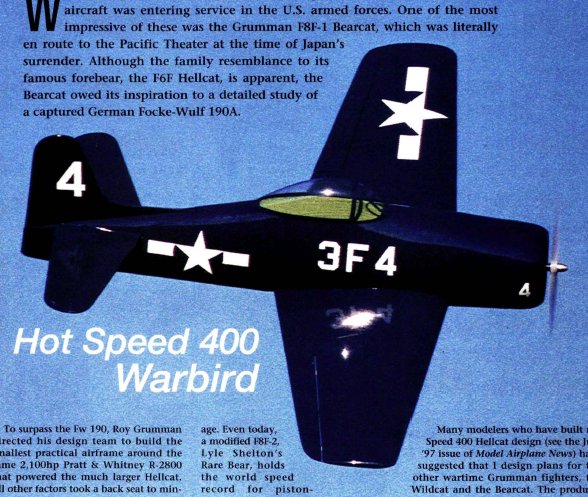 WW II drew to a close just as a whole generation of advanced combat aircraft was entering service in the U.S. armed forces. One of the most impressive of these was the Grumman F8F-1 Bearcat, which was literally en route to the Pacific Theater at the time of Japan’s surrender. Although the family resemblance to its famous forebear, the F6F Hellcat, is apparent, the Bearcat owed its inspiration to a detailed study of a captured German Focke-Wulf 190A.