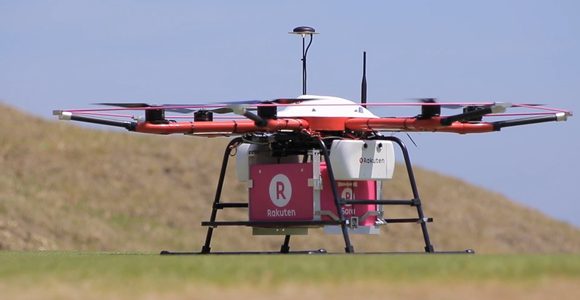 Expected sometime this week, these rules are expect to disappoint some proposed commercial operations like Amazon.com.

The U.S. Federal Aviation Administration is expected to announce this week rules for the commercial use of drones, but the new regulations will limit their flights to daytime and to within the line of sight of operators. Quoting industry officials, the specifics of the rules, which will allow drones weighing about 50 pounds, could come as soon as Tuesday. But they are unlikely to please some proposed commercial operations of drones, which would like the aircraft to be allowed to operate at nights and outside the operator’s line of sight.

The FAA had proposed in February 2015 draft rules, which would allow commercial drones/UAS, to operate, though under restrictions such as a maximum weight of 55 pounds (25 kilograms), flight altitude of a maximum of 500 feet (152 meters) above ground level, and rules that limit flights to daylight and to the visual line of sight of the operators. FAA Administrator Michael Huerta said in January that the much-delayed rules would be finalized by late spring. “By late spring, we plan to finalize Part 107, our small UAS rule, which will allow for routine commercial drone operations.” 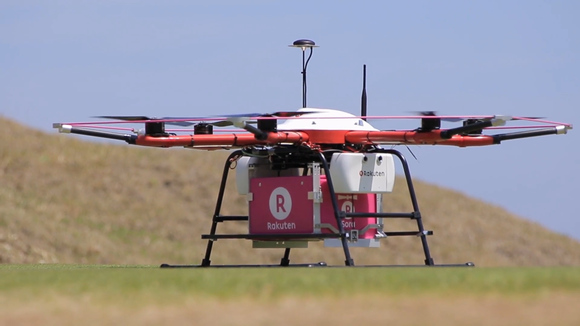 (Above) A Rakuten delivery drone to be used on a Japanese golf course is seen in a promotional video from the company. Photo Credit: Rakuten

But Amazon.com told the FAA last year that the rules as proposed would not allow its Prime Air package delivery service to takeoff. Pointing out that its drones require minimal human intervention, Amazon recommended that the rules “specifically permit the operation of multiple small UAS by a single UAS operator when demonstrated that this can be done safely.”

FAA recently said in May it was setting up a long-term advisory committee, led by Intel CEO Brian Krzanich, to guide it on the integration of unmanned aircraft systems in the national airspace. The FAA has already been permitting, with some exemptions, experimental uses of drones. There have been concerns voiced that the unfettered use of drones, particularly by hobbyists, could have safety implications after reports that some of these drones were found flying too close to aircraft.

Some civil rights groups and legislators have also raised privacy concerns about the use of drones, including by businesses. Last month the National Telecommunications & Information Administration released a list of voluntary best practices for personal data collections by drones that it said were arrived at in consensus by drone organizations and companies like Amazon and Google’s parent Alphabet.