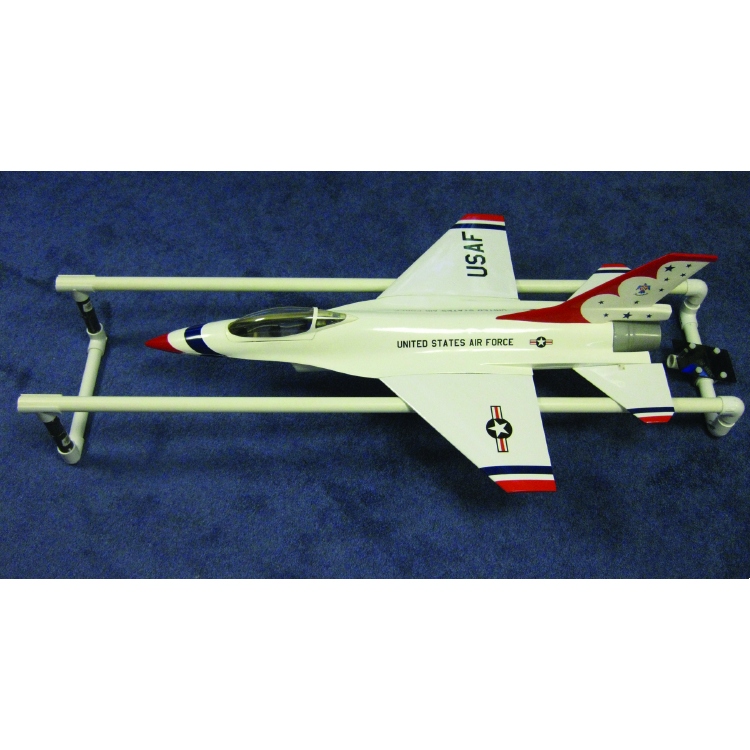 Fan Jets USA, a company specializing in sales and service of Electric Ducted Fan (EDF) jets and accessories, introduces the innovative “Jetapult™” launching system for remote control EDF jets. EDF jets are one of the fastest growing sectors of the radio control airplane market, but they are difficult to hand-launch because of the air flow required for the control surfaces. Most EDF jets need to take off on a paved runway, which drains the battery and reduces flight time.

Fan Jets USA has solved these problems with the Jetapult™ launching system. The Jetapult™ works by resting the EDF jet on a set of rails, then releasing it at a high rate of speed using a bungee launcher. The bungee release is foot-operated, allowing the pilot to keep both hands on the transmitter for optimum control of the aircraft.

With the Jetapult™, EDF jets can be flown at grass fields or other locations without paved surfaces. By eliminating the need for landing gear, Jetapult™ reduces drag, increases flying speeds, and increases total flight time.

The Jetapult™ retails for $59.99 with no charge for shipping. The customizable launcher can be adjusted to fit the specific width of the jet, so one Jetapult™ can be used to fly all EDF aircrafts. The Jetapult™ disassembles easily for transportation in any size of vehicle. Jetapult™ assembles easily in minutes, and requires no gluing.