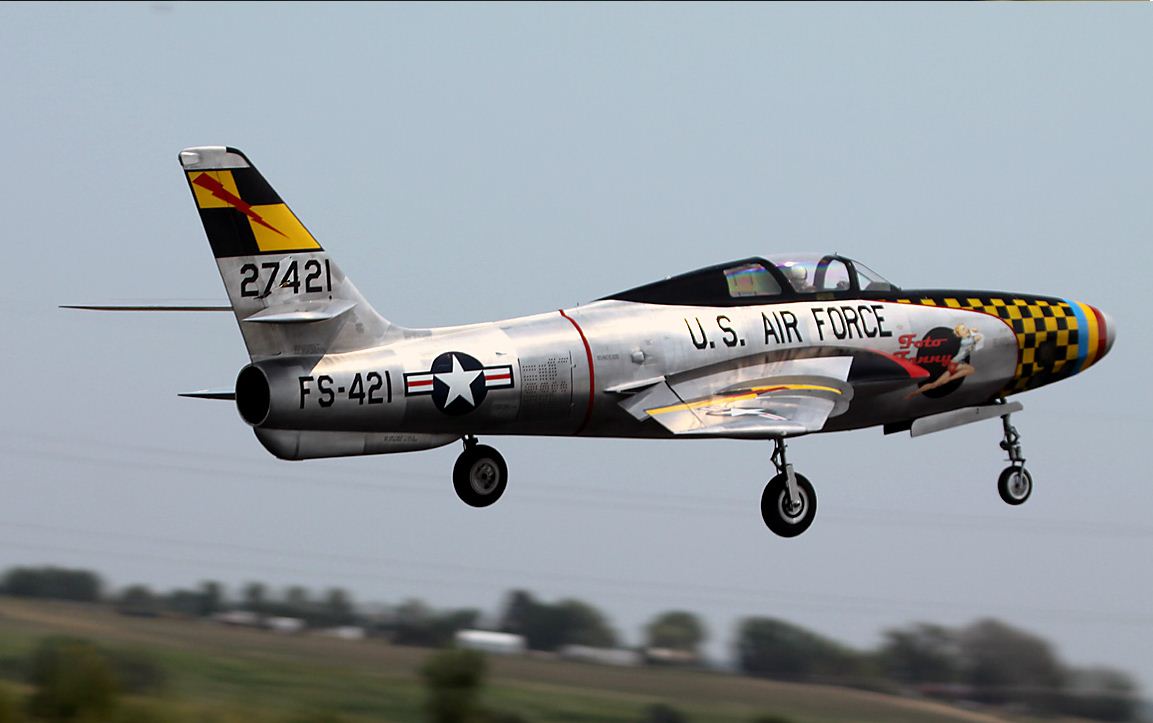 This 9-foot-long F-84F Thunderflash is Brian O’Meara’s latest creation, and it’s the only RC model F-84F flying in the world! Brian spent two years building the jet from a made-to-order Phantasy in Blue kit from the Netherlands and modeled it after Foto Fanny, a photo-reconn aircraft that had six cameras in its nose. The model is powered by a Jetcat 200 turbine and controlled by a Futaba 18MZ.  It’s covered in Flite Metal and is dressed in Klass Kote paint, ProMark nose art and is equipped with smoke, navigation lights and a pop-up canopy. Brian adds, “The center of gravity is about an inch forward of the other, sweptwing version of the F-84.  Found this out the hard way.  The air intake is huge and very thick airfoil so the center of lift moved forward. The plane flies fantastic. Next time I will have the main gear doors installed, as I was not sure if the gear would go up with the Glennis wheels.  Davinci Machining made me new brake pads that actually will slow the plane on landing.” Thanks to Dan St. John for the great photos! 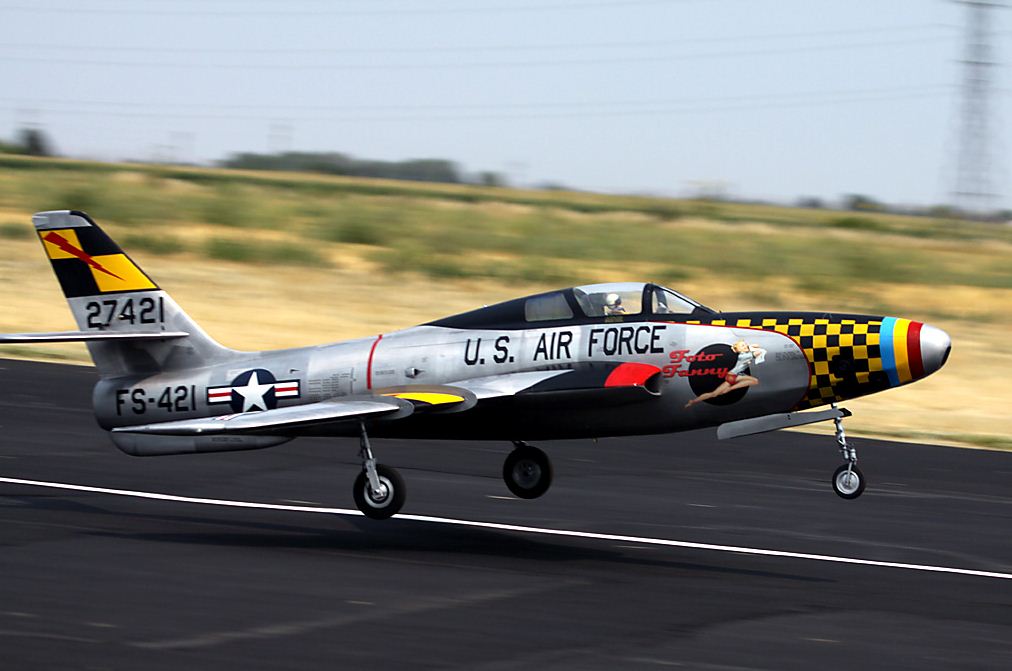