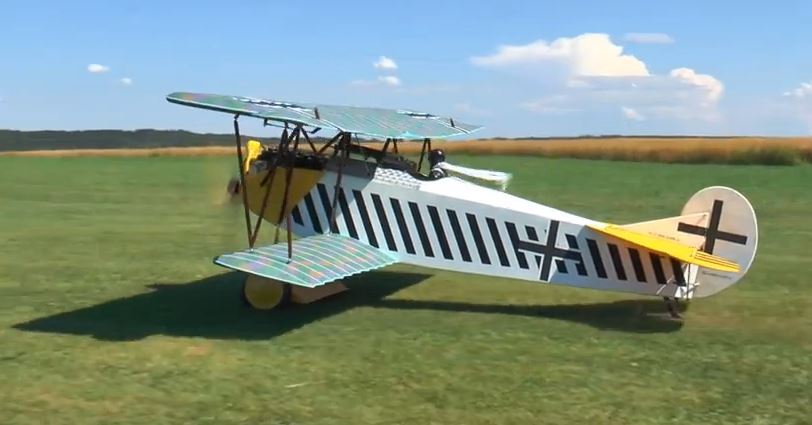 Watching this video, it’s easy to understand why Manfred von Richthofen himself was such a proponent of the Fokker D-VII, even though the “Red Baron” died before the first D-VIIs reached service. Built from the Balsa USA kit by Knut Huk and piloted by Andy Nusser at the Flugtage MFC in Oberhausen this summer, the 1/3-scale model fighter has a 10-foot wingspan and is powered by a 2-cylinder, 4-stroke inline Kolm 130 engine. It is modeled after a plane in the Navy Field Hunting Squadron III that was flown in 1917 and 1918 by Franz Mayer. Check out that cockpit detail! Nicely done, Herren Huk und Nusser.