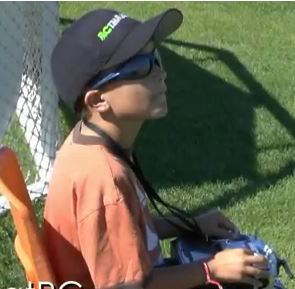 This video of a second-grader flying a 120cc aerobat will blow your mind! Here’s the scoop from TripleThreatRC’s Bob Thomson, who took the video and posted it on YouTube.

So, you’re seven years old and just going into Grade 2. “What did you do yesterday Oliver?” asks one of his little buddies.  Oliver replies, “I flew a 120cc Slick 540 at the Wenatchee Huckfest.”
Oliver is a “seasoned” pilot who already has three years of flying under his belt. Azhar gladly handed over the radio to a 120cc Slick 540 demo plane to let Oliver take it for a spin. I am gobsmacked. Well done Oliver!  Something tells me that if girls don’t get in the way (in another ten years or so) he might have embraced this hobby at just the right age! Maybe next year Oliver’s feet will touch the ground when he sits in that chair for another flight! And oh yes, Oliver said that next year he’d like to use high rates!!