ABC: refers to the materials that make up the engine’s piston and sleeve; an aluminum piston (A), fitted into a brass sleeve (B), that has been chrome plated (C).

Case: the engine’s main body. Most are cast in one or two parts from aluminum, though some specialty engines are made from fully-machined aluminum stock.

Cylinder head: the top part of the engine usually bolted into place with either four or six bolts or screws. A threaded hole in its center is where the glow plug is installed. The underside of the cylinder head is machined to form the top of the combustion chamber.

Ports: openings and channels machined into the sleeve and engine case that allow the transfer of the air/fuel mixture from the engine case into the combustion chamber and, after combustion, out through the exhaust.

Sleeve: the cylinder’s internal lining or liner.  A tubular, brass structure that houses and guides the piston, the sleeve has a flat rim flange that fits between the engine case and cylinder head to hold it in place. Port openings are machined in the side of the sleeves that align with the transfer channels in the engine case. 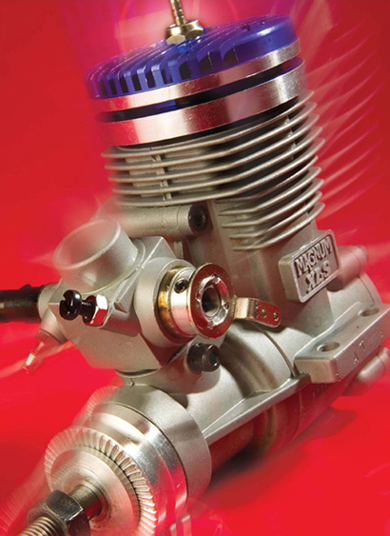 The fuel enters the venturi through the high-end (main) needle valve and it sprays into the venture through a hole in the side of the spray bar. By turning the main needle valve in (clockwise) you lean out the fuel air mixture by lessening the amount of fuel relative to the air. By turning it counterclockwise you richen the mixture by letting more fuel flow in. The low-end (idle) needle valve is usually located at the center of the carburetor’s throttle arm and it adjusts the mixture while the engine is operating at idle to about  throttle. 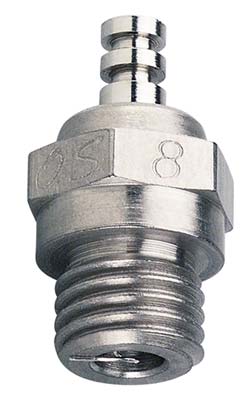 Catalytic action between the methanol fuel and the platinum in the glow plug element as well as the engine heat keep the element glowing once it has been lit with the starting battery. 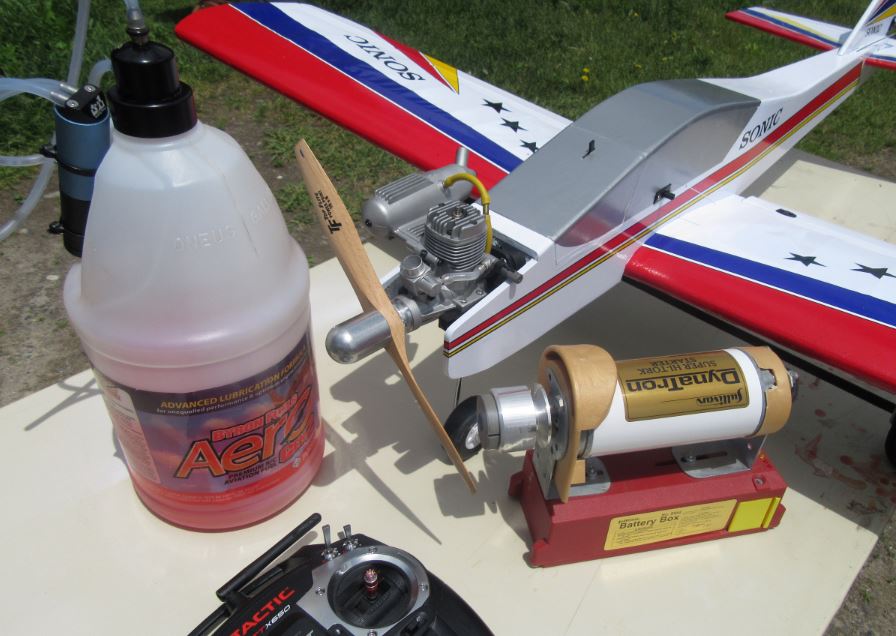 Don’t just bolt a brand new engine into the airplane and go flying. To produce maximum power, a fresh-out-of-the-box engine needs some special handling. The piston and the sleeve need to be gradually fitted together for a precise fit. This procedure is known as  “breaking in.”  If you don’t take the time to break-in your engine, excessive heat built up from friction can cause internal damage and the piston and sleeve will never seal properly. 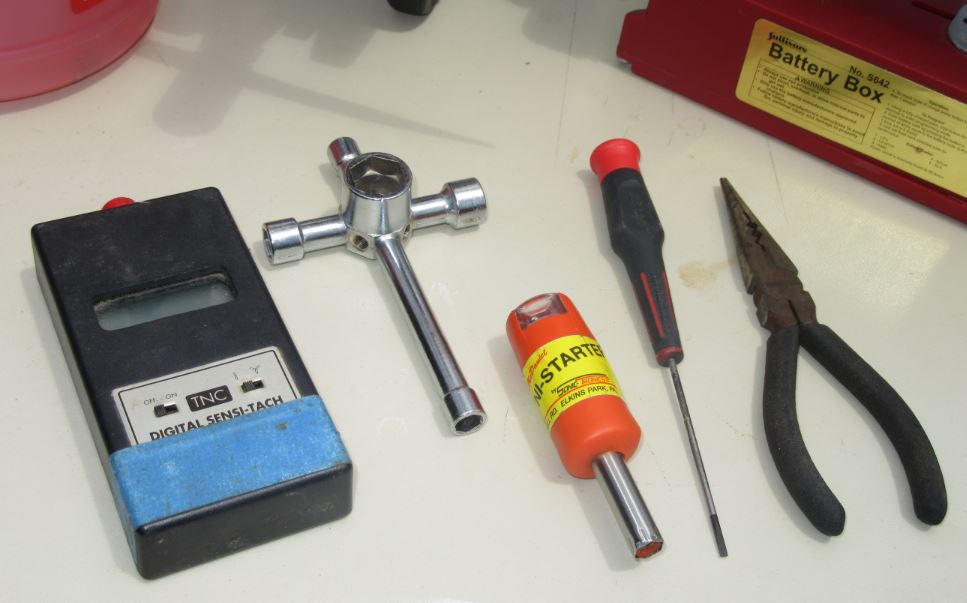 It is also very important to adjust your engine’s low-end (idle) needle valve so your engine will operate smoothly and consistently while at idle. A properly set low-end needle valve allows the engine to transition smoothly from idle up to full power. If the engine hesitates and dies when you open the throttle, the low end is too lean. If the engine burbles, coughs and has a rough transition, the low-end needle is too rich. Make your adjustments by ? turns at a time until your engine operates smoothly and consistently.

Flying model airplanes powered with 2-stroke glow engines is exciting and very satisfying. Once you learn how to operate and properly maintain these impressive compact model powerplants they’ll continue to earn their keep for many years to come. They are a very good investment and can be used to power several different planes.