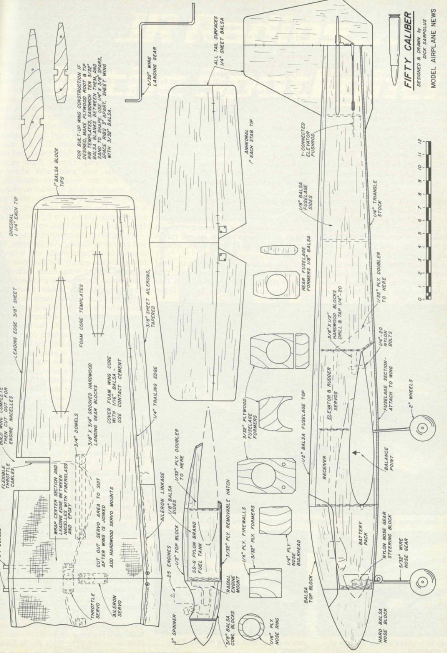 A moderate-size, high-performance twin that’s easy to build and exciting to fly.

The sound of a twin-engined aircraft flying is enough to justify the effort required to build it. A really high performance twin screaming through the air is, to me, a real RC flying thrill. Multiengined scale models are becoming more common, but twin pattern or sport aircraft are not seen too often. Several years ago I designed and built a pattern twin, powered by two piped Schnuerle .4Ds, and its performance was exciting to say the least. My friend Mike Horn was impressed by that twin, but didn ‘t want such a large model with its two fuel-gulping engines. We kicked this around a bit, and decided that a moderately sized model powered by two .19s would be an interesting project-the Fifty Caliber is the result.

To read more, click the link to open the PDF: FSP09802_Fifty Caliber