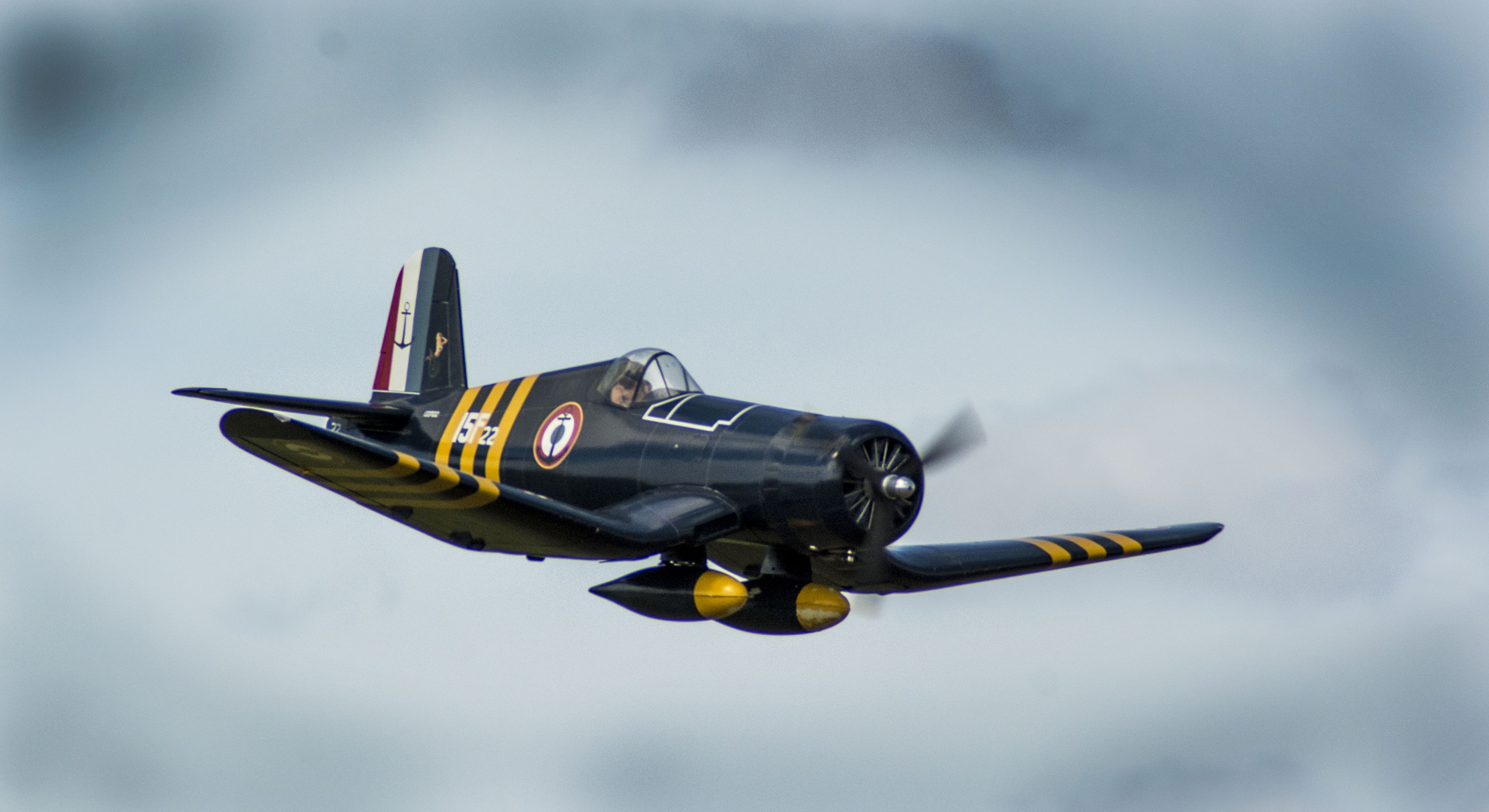 Warbirds!  Everyone loves warbirds! Of all the airplanes ever made I’m sure everyone has at least one favorite war plane.  From the WWI to modern jets, you must have a favorite.  So when Bay City Flyers of the Tampa area had a warbirds event everyone came.

November 9 was the day the Bay City Flyers Club held their Warbirds event they title, Fightertown U.S.A.  It was a perfect day! A few clouds, gorgeous Florida temperatures and just enough wind right down the runway. 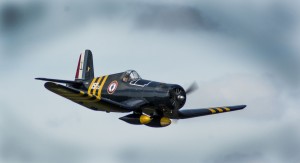 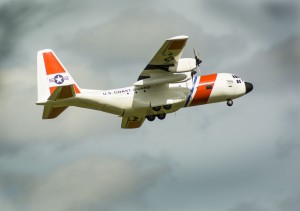 If you haven’t been to the Bay City Airfield, then it should be added to your to do list.  This field is big and beautiful!  They have a club house, kitchen, spectators area, grand stands and covered pits.  But wait…there’s more.  They have two unobstructed 750 foot, well manicured grass runways.  When I say manicured, I mean…they have a sprinkler system! Bay City is one of the Tampa areas oldest and largest RC clubs.

This is Fightertown’s 12th year.  So it’s an established event that everyone looks forward to each year in November. 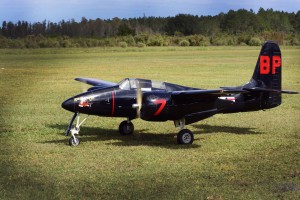 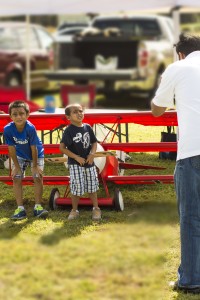 Bruce Hovath was the CD.  Bruce is a bundle of energy!  If the local energy company could connect to him they could light up a city..and he would have some left over.  Bruce and the Bay City group are a friendly and welcoming bunch. Bruce ran a great event along with their club president, Bruce Baltera who appeared to be all over the place and serving up his pulled pork sandwiches too.  Jeff Houck, the club secretary and event announcer, did a great job of announcing pilots and their planes.  Jeff’s voice was a calming factor during the event.  His voice was enough to calm your shaking knees before flying from unfamiliar runways. 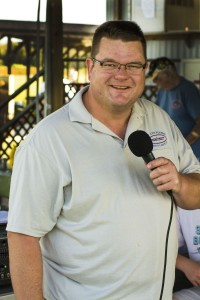 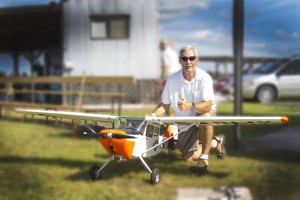 There were over 28 pilots with all kinds of aircraft, from a WWI DR 1 triplane to a ducted fan De Havilland Venom jet. 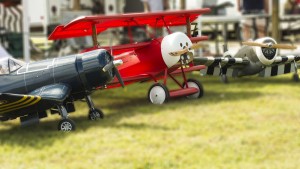 I think one of the best things about attending these events are the stories that go with the planes.  Bruce Horvath was flying a Cessna Bird dog.  He told me that this was a model of the plane he flew in while serving in Vietnam.  He was the observer in the plane and he said, they would put sand bags under their seats.  These were to prevent them from getting injured from fragments and bullets coming up through the bottom of the plane.  Hmm, scary thought.

Then there were the pilots that read like an RC who’s who.  Nick Ziroli! WHAT?!?  Yep, Nick Ziroli was there with his A-1 Skyraider and flying it like a pro.  A little further down was Chip Greene and his Gorgeous Grumman Tigercat.  This is the same Chip Greene that brought home a Best Multi Engine award at Top Gun. 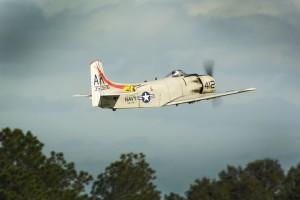 This thing flew like a glider. Maybe it was the pilot. 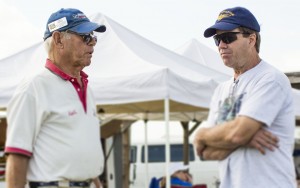 Chip explained that it was from a Don Smith kit.  Took him…well, awhile to finish it. Sometimes life gets in the way of building.  And then Shelly Smith with his Phaeton 90 dressed up in military colors and flying nicely.  John Hartley came from the United Kingdom with his De Havilland Venom ducted fan jet.  John shared with me that he is working on a larger scale with a JetCat P-100 turbine engine.  If it flies anything like this duc-fan, he will have a beautiful plane. 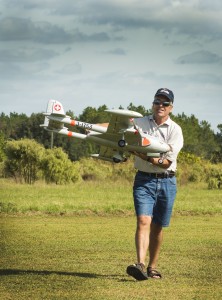 John Hartley from the U.K.

All in all, it was a beautiful day, great field, beautiful models and great company. I can’t wait for next year.  Put it on your calendars!  Maybe I’ll see you there with my Transall C-160 hob nobbin’ with the likes of Nick and Chip. 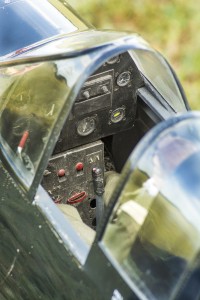 The cockpit of Chips Tigercat 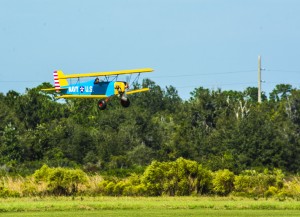