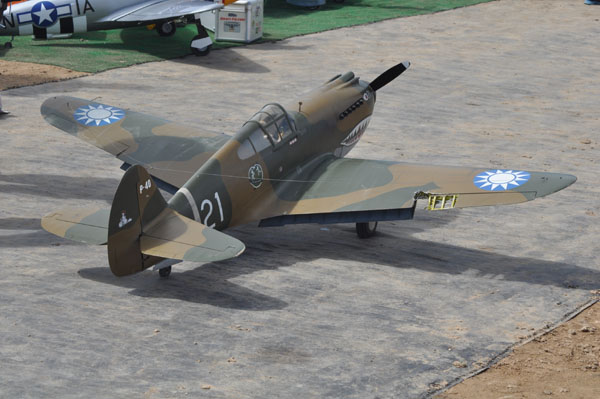 While searching for cool stuff at the recent Warbirds over the Rockies event, MAN contributor Rich Uravitch found something extraordinary. Here’s what his report revealed.

Since the theme of the event was Warbirds, the models entered were scale replicas, some of them in the “sport” scale, fly-it-every-day category, while others were clearly competition-capable. They had all the correct paint schemes, an abundance of artistically applied surface detail, full cockpits, perfect weathering and exhaust staining; truly miniature replicas. 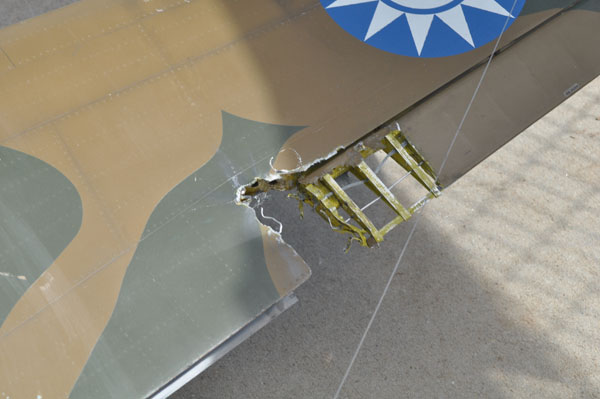 With the level of detail always increasing, one wonders what can be the next “eye candy” to be added?  Well, Dave Morales and Jimmy Cowman may have just moved the bar up a little. Dave’s P-40B model from Jerry Bates plans featured “battle damage” detail which included an aileron with the underlying structure (like ribs and stringers) clearly visible. It made a great visual effect and didn’t seem to influence the flying qualities at all! Taking a cue from plastic modelers, Dave also made diorama elements with which to surround the model when it was on static display! Vehicles, stands, tools all added to the illusion! 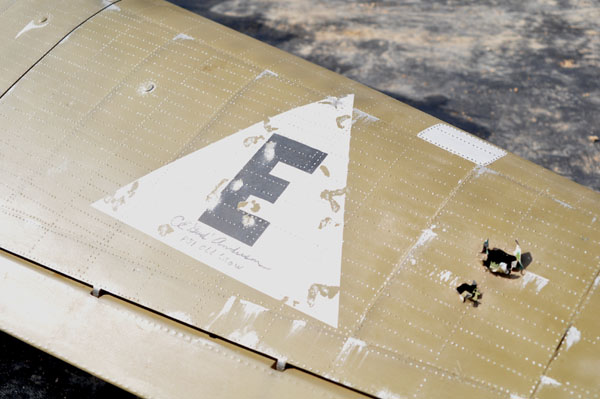 Along the same lines but requiring different techniques was Jimmy’s big B-17 Flying Fortress which replicated the flak damage seen on many bombers returning from missions over Europe. The aluminum skin was first duplicated, then penetrated and peeled away from the hole to simulate the torn metal. Very convincing illusion and one we may see more of in the search for greater realism on our models. Here’s a tip though…..try a practice piece first!