Recently, a new aircraft has been added to the lineup of vintage aircraft based at the Old Rhinebeck Aerodrome in the form of a Fleet Biplane Model-1. Own and piloted by David Trost, this Fleet Bipe is an original, not a replica and it also has an interesting history that reaches back to the February 1967 issue of Model Airplane News. 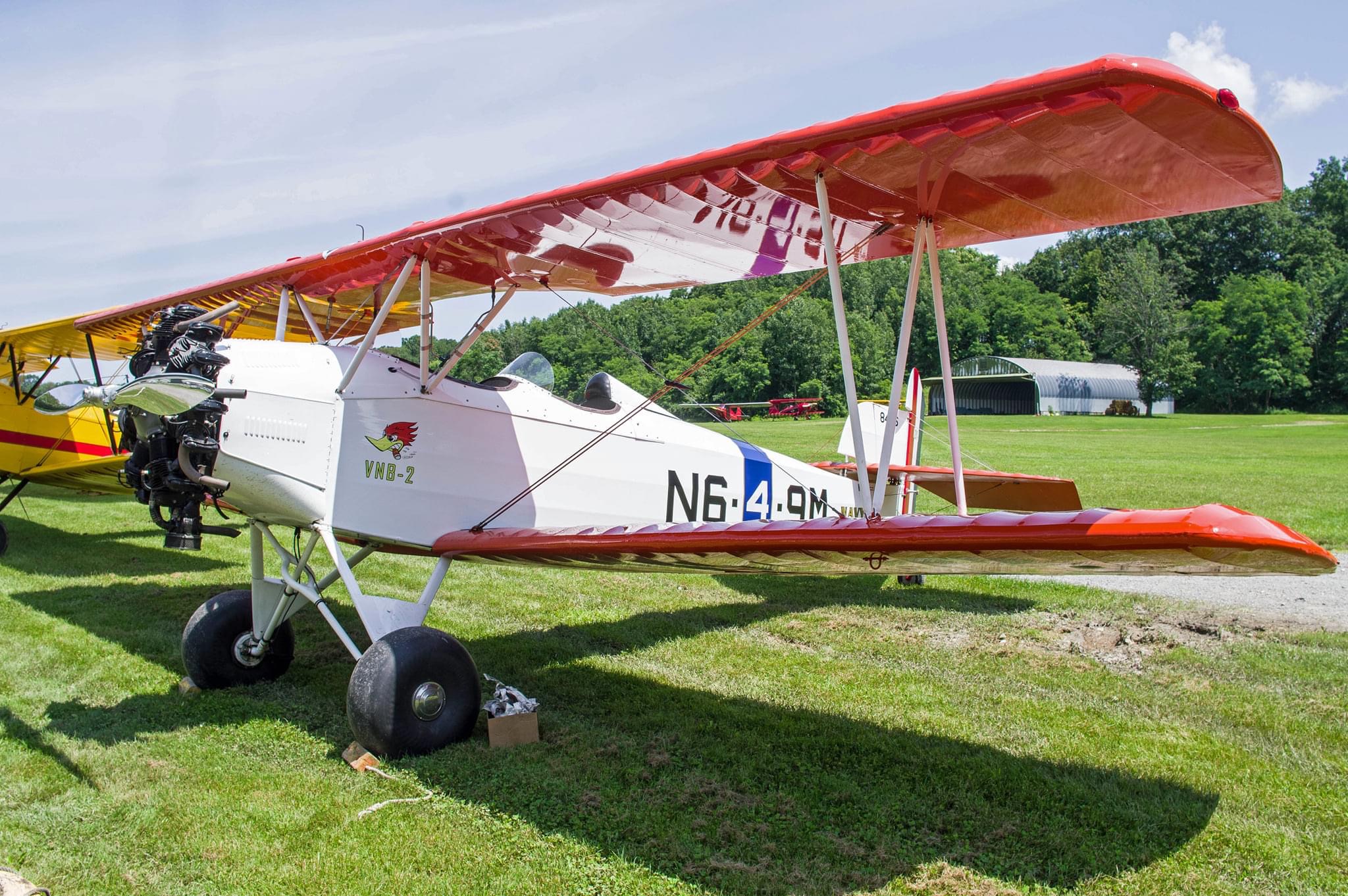 David’s Fleet, wears the markings that represent the Navy’s N2Y-1 version. It was designed with upper wing hooks to catch a trapeze suspended under an Navy airship. Once attached, the aircraft would be hoisted aboard and secured in the hanger-like interior of the airship. Seven such N2Y-1 planes were built and successfully demonstrated in trials with the Airships USS Akron and USS Macon in the early 1930s. 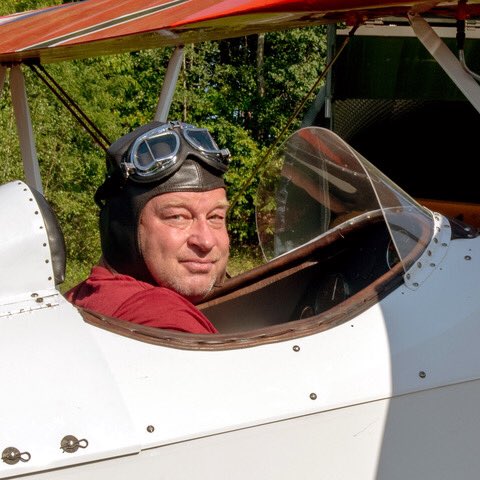 Above, David Trost in the cockpit of his impressive Fleet Biplane. (Photo by Shawn Yost ) 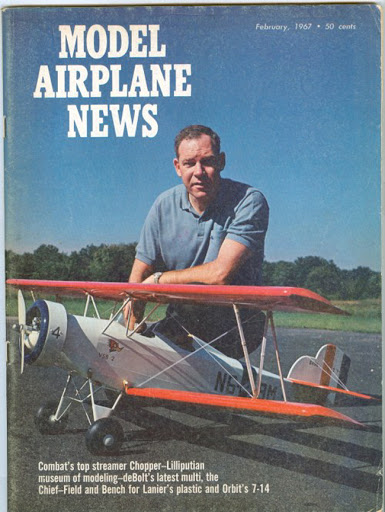 Above, Bill King poses with his 68 inch span Fleet Biplane.

Bill King, an very active part of the Old Rhinebeck Aerodrome, both on the ground and in the air, designed and published his plans for a Fleet Model-1 biplane. It was finished in the markings of a N2Y-1 and featured the extended vertical fin of the full-size aircraft. Bill was an active radio control modeller for many years, and was a founding member of the Rockland County Radio Control Club and in the early sixties, Bill became involved with Cole Palen’s Old Rhinebeck Aerodrome. Bill was a licensed aircraft mechanic and a pilot, and was active at the Aerodrome for 50 years on the ground and in the air, flying his own 1944 Tiger Moth among other vintage planes. Bill and his older brother Dick were a big part of the Old Rhinebeck Aerodrome family and were very much involved with the day to day operation of the famous air museum. Bill passed away in 2016. 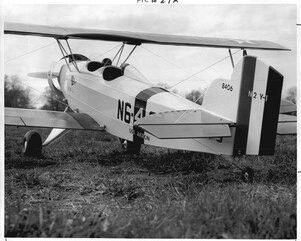 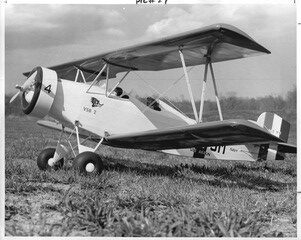 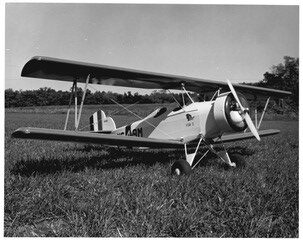 Photos above by David Trost 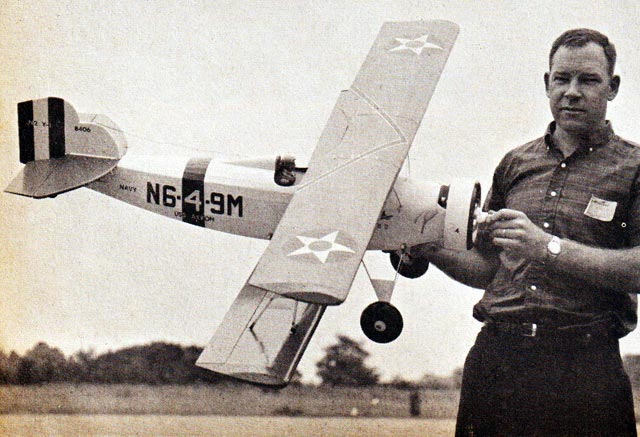 The plans are still available at the Airagestore.com website and it uses traditional balsa and plywood construction.  Click Here.

The Fleet Model 1 (originally the Consolidated Model 14 Husky Junior) and its derivatives were a family of two-seat trainer and sports biplanes produced in the United States and Canada in the 1920s and 1930s. They all shared the same basic design and varied mainly in their power-plants.

Originally created as a means for Consolidated to enter the civil market, the company abandoned this ambition shortly before the completion of the first prototype. The manufacturing rights were purchased by designer and Consolidated company president Reuben Fleet to put into production under his new enterprise, Fleet Aircraft. It was an immediate success, and in the first year of production alone, over 300 machines were sold. Consolidated quickly responded by buying Fleet Aircraft and retaining it as a subsidiary while opening a second production line at Fort Erie, Ontario, Canada. The Canadian manufacturing was a great success, with some 600 examples built for the Royal Canadian Air Force as the Fleet Fawn (Model 7) and Fleet Finch (Model 16). 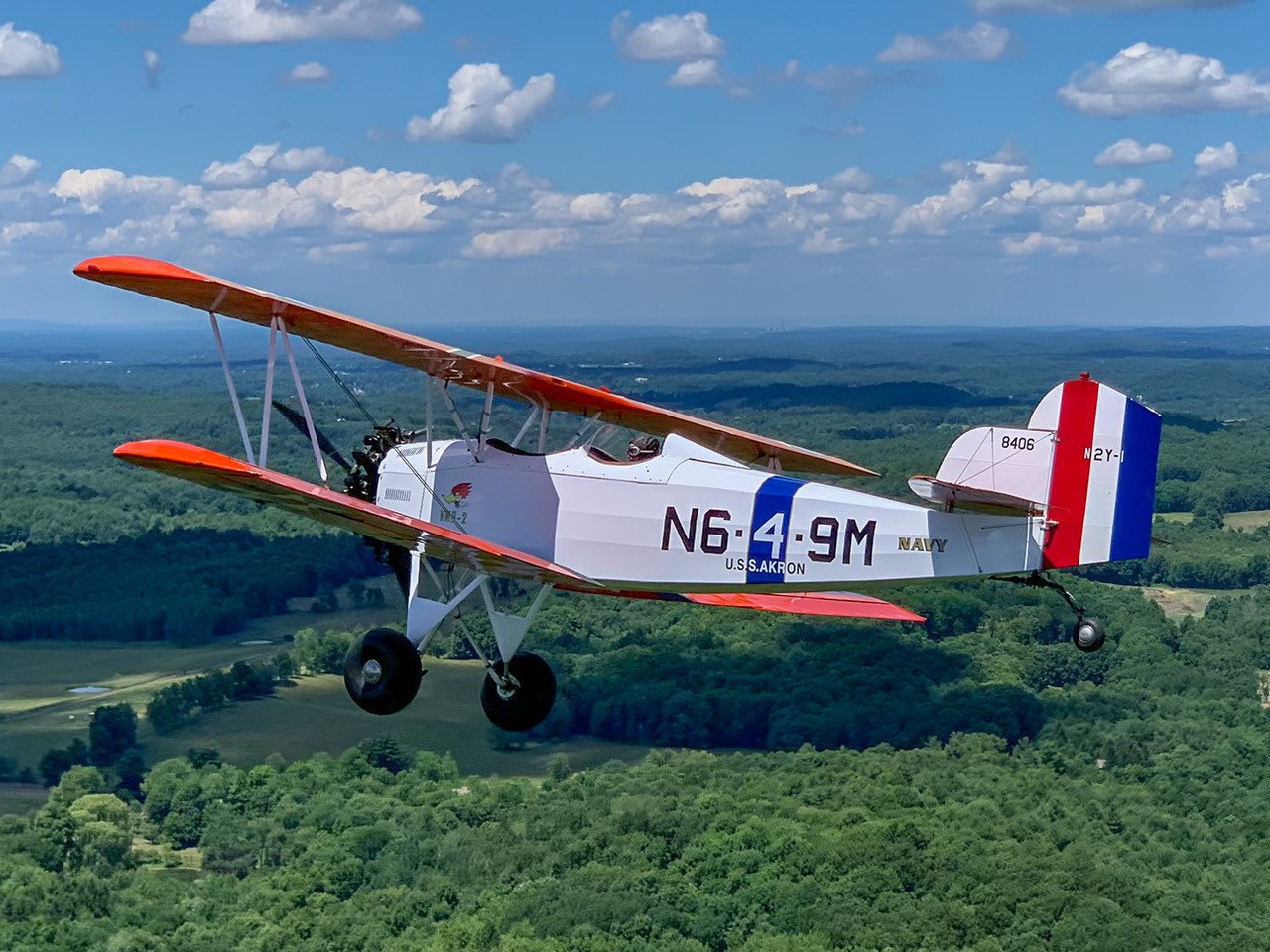