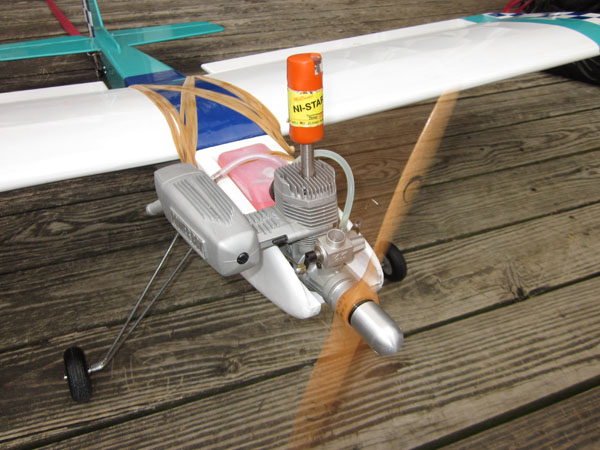 Two-stroke engines have been the standard power systems powering sport flyers for decades. To get the most out of any RC airplane, you have to break in your engine, and pick the correct propeller for the plane’s intended use. For my fun fly Florio Flyer 60, I installed an O.S. 75AX for a little extra zing!

For engine break ins I prefer to use a raised platform like a deck or a table to keep the engine and prop out of the dust and debris that can get kick up during extended engine runs. For the first I used the Evolution 14×6 prop to break in the engine and I ran three tanks through the engine running the engine slobbery rich for two minutes (4-stroking!) and then leaned it out to max rpm for 2 minutes. I then richen it up and repeated the cycle for the whole tank. I then let the engine cool off for 20 minutes. 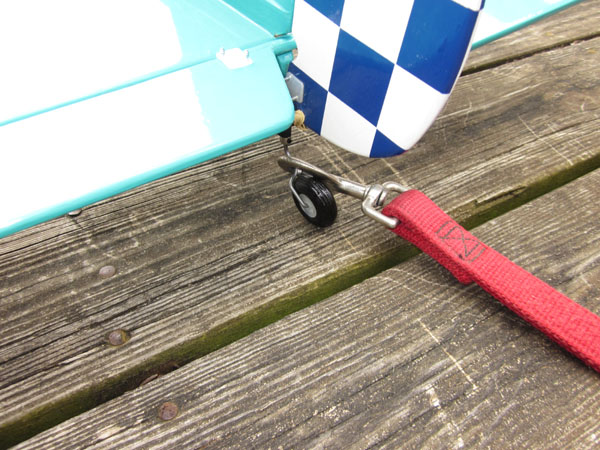 I fired up the engine again and tweaked the needle again for max rpm and then backed off about a quarter turn. My Master Airscrew 14×6 prop earned about 9,200 rpm and idled a smooth and constant 2,900 rpm. The Evolution 14×6 was very close the Master Airscrew with a 9,100 top end and a 3,000 rpm idle. 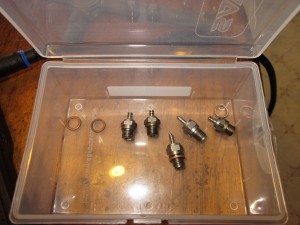 I also tried a few different glow plugs which, for the best idle and overall good throttle transition turned out to be the O.S. #8 plug.  Next I switched to what I thought was my most promising propeller, the wood Xoar 14×4. Remember I am proping the engine for fun fly so I am looking for a good idle and transition and a powerful climb, not max rpm. Of course this will require a trip or two to the flying field to see what the ultimate winner is. 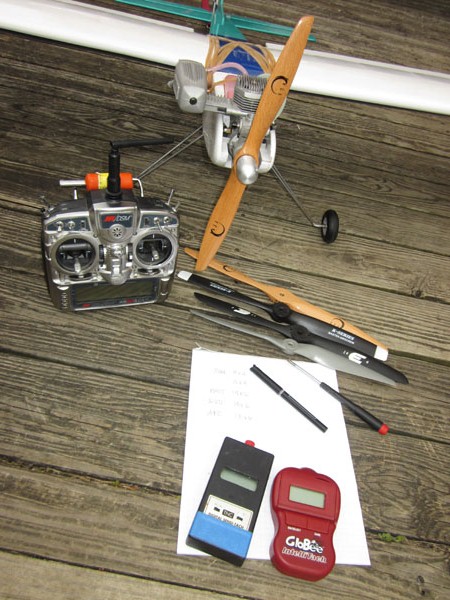 So with this fun fly prop looking good I dropped the diameter to see what a sport flying prop could do. I went to the Xoar 13×6 and was pleased to see the engine rev up to 11,350 without any adjustments. Tweaking the needle a little got a solid 11,550 rpm with excellent throttle transition from a 2,400 idle. I think this is the prop I will be using for the first test flight. 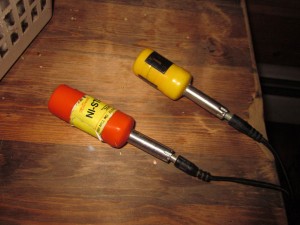 Fuel consumption seems pretty good also, as it took only 3/4 of a 10 oz. tank to do all the prop tests. I used both the O.S. #8 and an Evolution glow plug but I could not see any obvious differences! My Glow Driver is the McDaniels Ni-Starter and I always have a back up one for the filed box.

I’ve been using Morgan Cool Power glow fuel for years and since I wanted to see what would happen with a little more nitro, I switched to the Sidewinder Basher 20% Nitro, 16% oil blend. This is the fuel the RC truck guys use so I thought why not. Engine start up at the flying field was instantaneous and only took a couple of hand flips. After rechecking the range and control directions, I took off into the wind. Throttle response is smooth and reliable and the airplane was dialed in for straight and level at about 1/2 power. 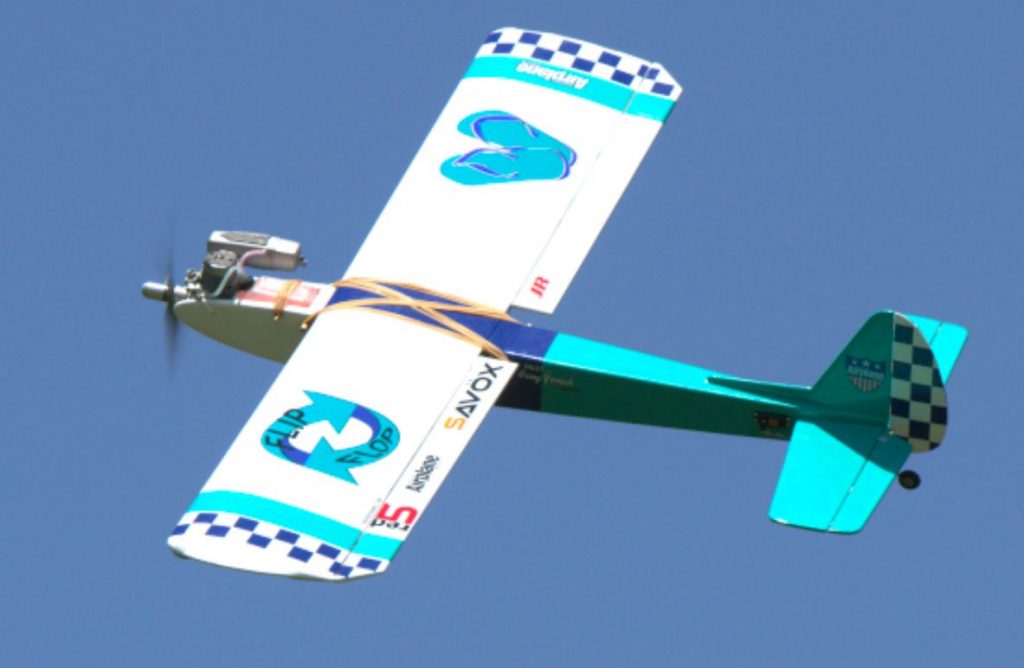 Advancing the power to full, I pulled into a vertical climb and the FF 60 just kept on going! Unlimited is the best description. At a high altitude, I throttled back to idle and entered a flat spin. The model rotated and wound up tightly at first and then flattened out. After about 10 rotations, I exited the vertical down line and advanced the throttle. The model instantly responded and the engine sounded great and I had no over-heating issues at all. 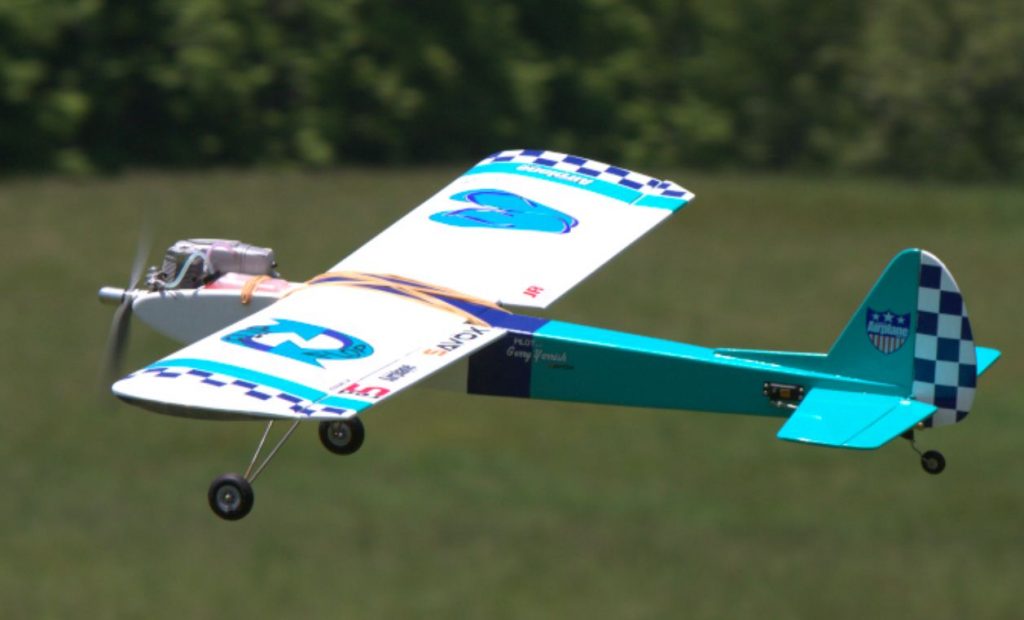 With several bursts of power, I did several snap rolls again with out any hesitation. On landing, the engine remained steady during the entire approach. After a touch and go, I hit the throttle and again the model rocketed skyward like it had Jato packs helping. Several low level loops but me back at the approach end of the field and I landed without even a bump. Overall, the extra power of the O.S. 75AX and using the Xoar 13×6 and the Xoar 14×4 make a big difference. Overall use the 13×6 but if you’ll be doing a lot of climbing, then the 14×4 will impress all your friends when you win the Climb and Spin event. If you want some serious fun fly performance, this is the plane and engine combo to try. You’ll love it. 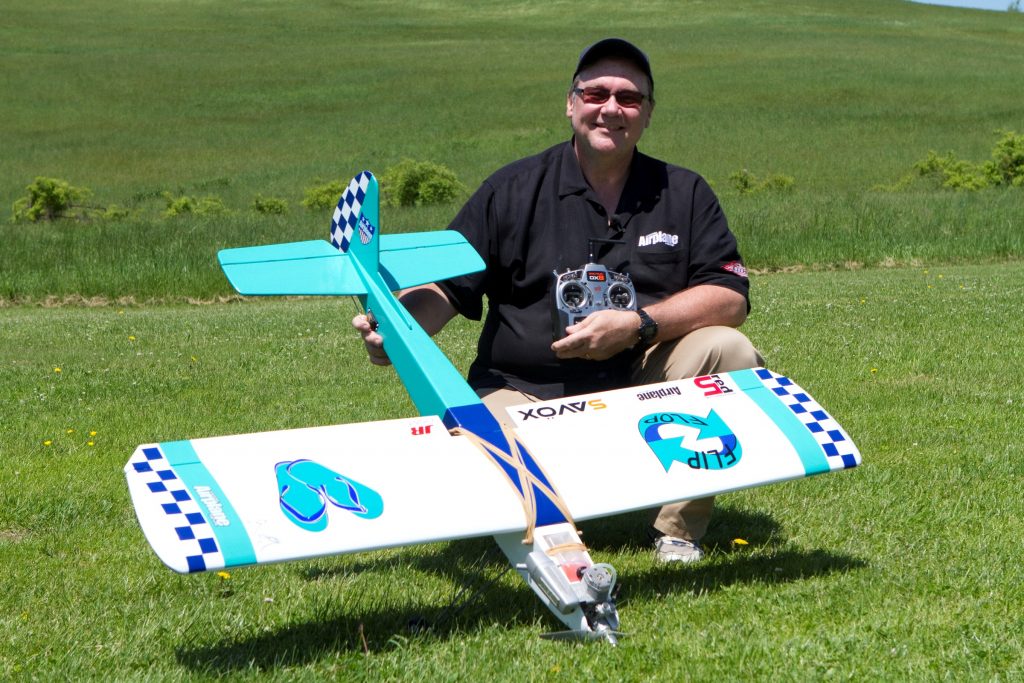