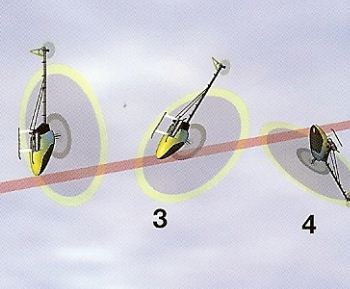 This 3D maneuver can only be performed by a fully aerobatic-capable RC helicopter.The maneuver is a series of flips, during which the heli slowly travels forward to create the sense of an athlete performing tumbles in a gymnastic routine. This maneuver can be done forward, backward and even in circles. 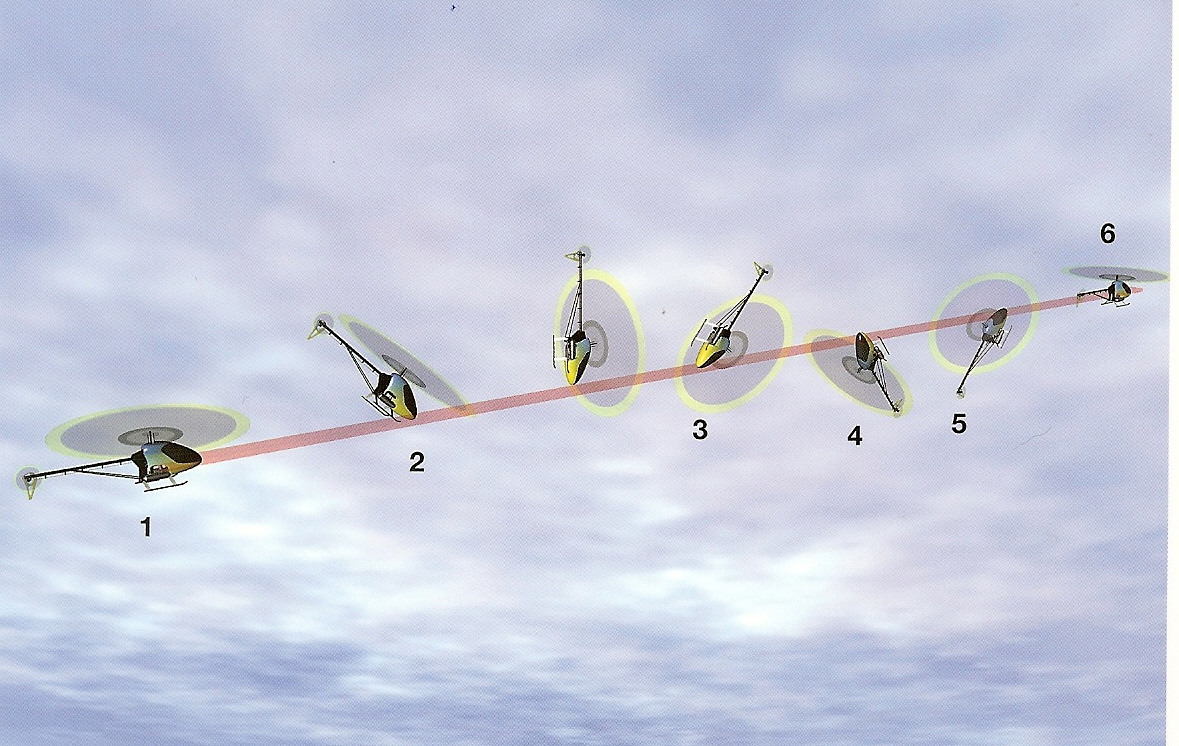 Step 1. Begin the tumble from slow forward flight by increasing collective while adding forward cyclic, making the model rise slightly while the nose is pushing down and the heli slowly moves forward.

Step 2. As the model’s tail approaches vertical (tail up), slightly increase forward cyclic to continue the forward rotation and keep the model moving forward. At the same time, smoothly start to reduce the collective to near mid-stick (around 0 degrees pitch) after the tail passes vertical.

Step 3. Continue smoothly reducing the collective to slightly less than 1/2 stick to begin introducing negative pitch; this will provide lift while the model is approaching full inverted flight.

Step 4. With the model’s tail not quite at vertical (tail down), give a fairly large quick “stab” of negative pitch to not only stop the model from falling, but to also give a little forward momentum to increase forward speed. At the same time, maintain forward cyclic to continue the forward tumble.

Step 5. As the model passes vertical (tail down), start moving the collective back to positive, about 3/4 stick, since the model is tumbling back into upright flight, and start reducing the forward cyclic to prepare to resume slow forward flight.

Step 6. Stop adding forward cyclic when the model is upright and slightly nose down, and increase throttle to the desired speed to exit the maneuver.