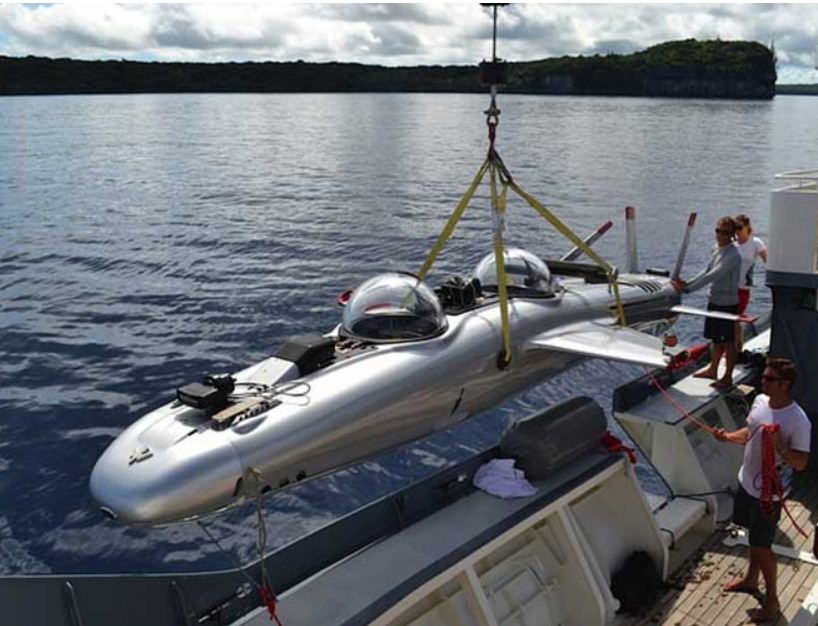 The DeepFlight Super Falcon is a new breed of submarine that may be able to do underwater maneuvers like Immelmann tuns and barrel rolls to push the envelope in deep-sea exploration. And for just $5000, you can reserve a spot for a Lake Tahoe dive this October! Check out this article from DiscoveryNews.com.

A new submarine could pull off underwater maneuvers similar to aircraft flying stunts during a Lake Tahoe expedition in October. The makers of the DeepFlight Super Falcon hope to raise $45,000 through the crowdfunding website Kickstarter to test the boundaries of submarine technology.

The two-seater submersible resembles a sleek missile or aircraft with wings, tail surfaces and ailerons — the brainchild of Graham Hawkes and Hawkes Ocean Technologies based near San Francisco. Such a sleek design allowed the Hawkes team to dream big and set the goal of pulling off a full underwater loop similar to what World War I fighter pilots pulled off during aerial dogfights.

But the expedition to Lake Tahoe — bordering California and Nevada — has more than just underwater stunts in mind. The Hawkes team hopes the Kickstarter project can become the first public, crowdfunded underwater research expedition. That would also represent a first step toward “open-source” underwater exploration, in which the public decides everything from funding to selecting locations.

Anyone wishing to ride as co-pilot aboard the Super Falcon during the Lake Tahoe dives can reserve one of the limited spots by donating either $5,000 (three available spots) or $10,000 (two available spots) on Kickstarter. But even lesser donations such as $100 come with rewards such as an invitation to see the submersibles launch.

Getting a ride on the wild side of submersibles doesn’t come without some limits. People who earn the right to dive with the submarine must weigh less than 220 pounds and have a height shorter than 6 feet 4 inches — and they must sign the inevitable waiver.

Hawkes previously built the DeepFlight Challenger submarine for adventurer Steven Fossett, which is now owned by billionaire Richard Branson’s Virgin Oceanic. Branson’s company plans to use that single-person submarine in its attempts to reach the deepest points of the world’s five oceans.