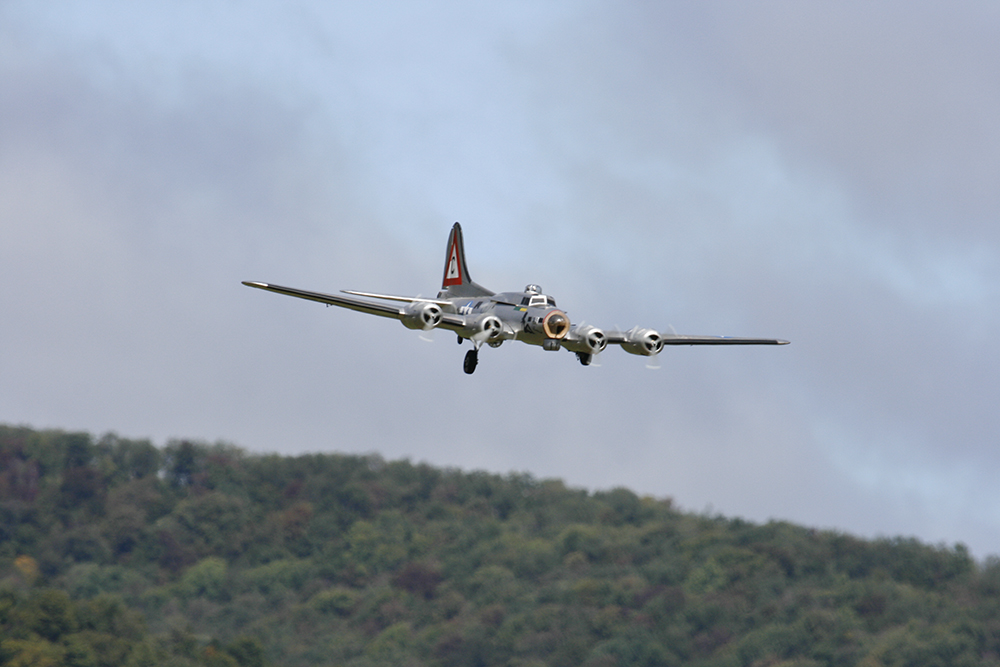 This past weekend was the NEAT Fair (Northeast Electric Aircraft Technology Fair) and as usual, electric airplane lovers from all across the country made their annual trek to Downsville, NY to partake in this E-Power Extravaganza. The MAN Team was on hand and we captured some of the action that drew center-stage on the flightline. 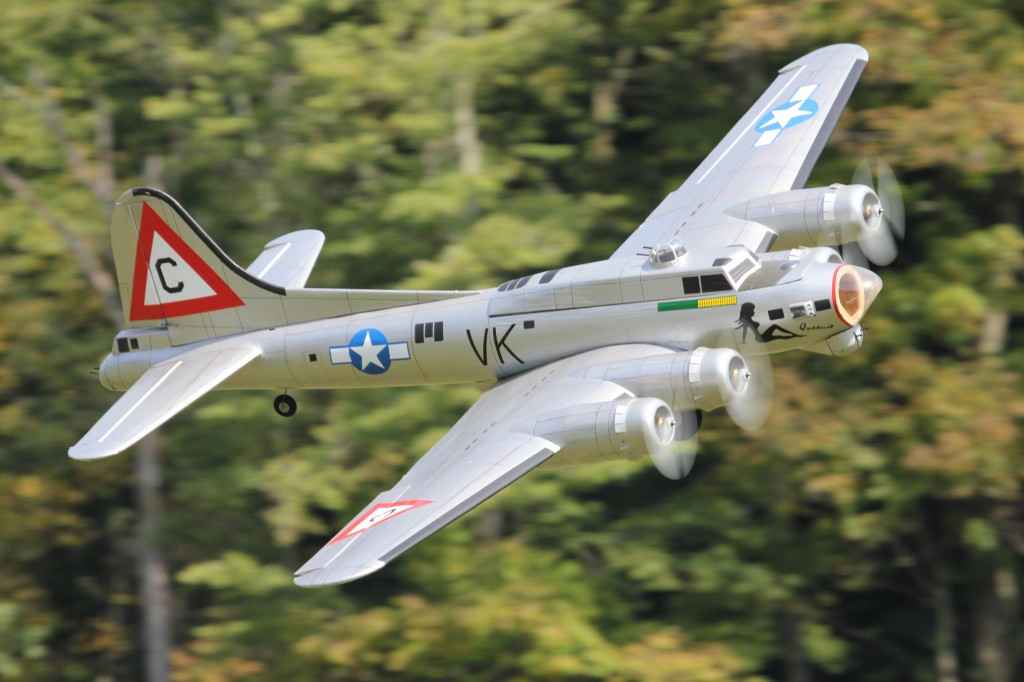 One regular to the event is past MAN contributor, Dave Baron who had several E-planes at the event including his tried and true, giant scale B-17 Flying Fortress WW2 bomber. The 4-engine Boeing warbird has evolved over the years and now equipped with brushless motors, Lipo battery packs and Robart retractable landing gear, the B-17 is simply amazing to watch. Dave is real smooth on the sticks and puts on a great flight demo. 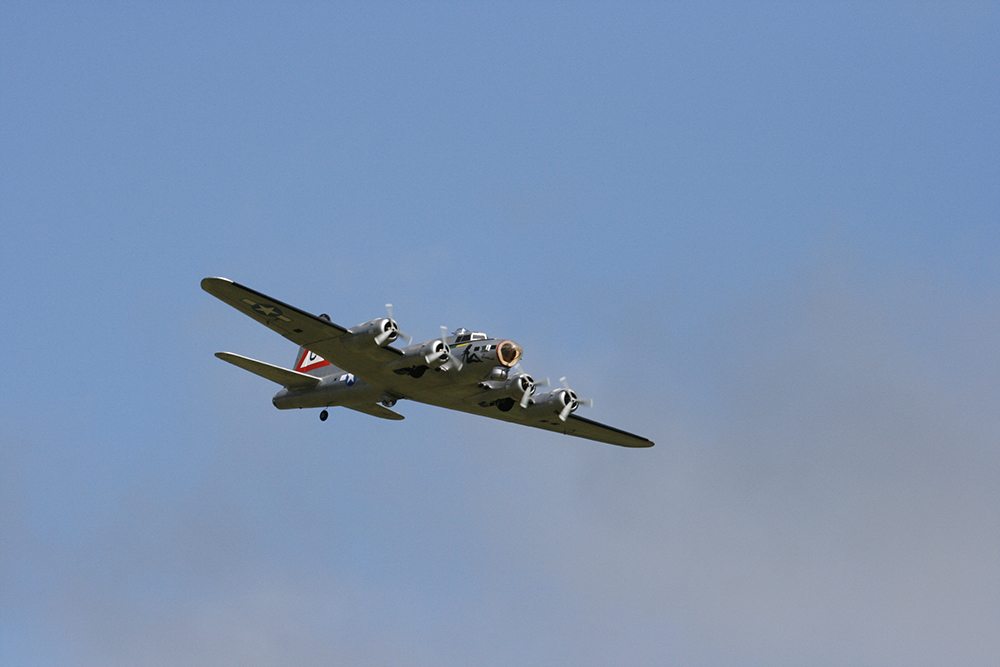 The model was originally built by Joe Beshar and today, the Flying Fortress is powered by Axi 2826-12 motors powered by 4S 3700 lipos, (one per motor) with Jeti Speed controllers on each motor. It previously had 4S/2P A123 packs in it. And originally it was powered with four AstroFlight 05 geared motors with 32 NiCD cells, (motors wired in series), and it eventually ended up with 36 cells before the Axi upgrade was done around 10 years ago! It weighted as much as 22 pounds. Weight this year is about 20lbs.