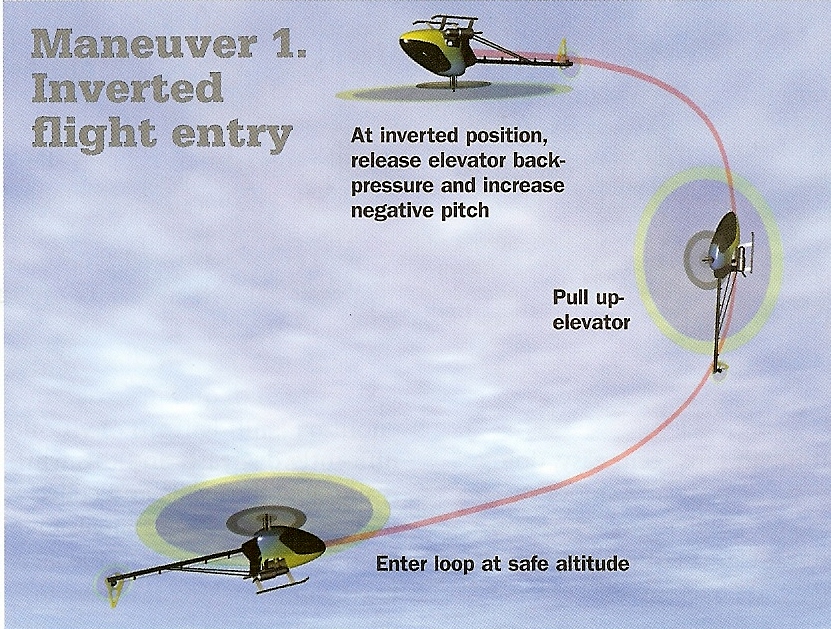 Flying inverted is a lot of fun, and it’s a basic requirement if you want to execute some of the more difficult 3D maneuvers. Learning to fly inverted will take you back to those days when you learned to hover with your training gear attached! As you might expect, it’s a bit tricky at first because when the model is upside-down, many of the control inputs are different from when upright. Here’s what happens:

Aileron. This is exactly the same as upright flying. If the heli is inverted nose-in, treat the aileron the same as you would if it was upright nose-in.

Pitch. When the model is inverted, the pitch is also reversed. Learning pitch orientation is critical to your success. When you develop the correct eye/hand coordination with the pitch, you’ll then be able to save the model while practicing virtually any maneuver. Learn this, and you’ll save yourself a bunch of parts down the road!