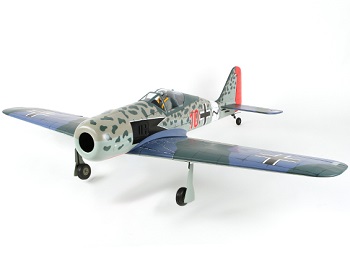 It would be fair to say that the Focke Wulf FW-190 came as a shock to Allied pilots when introduced into service in August 1941; indeed, British ace Douglas Bader wrote as much in his book “Fight for the Sky.”

Heavily armed with 4 x 20mm cannons and 2 x 13mm machine guns, the “Butcher Bird” as the FW-190A was known, delivered a massive punch to those falling within its sights and outclassed the Spitfire Vb (the main British fighter at that time) in all areas except turn radius at altitudes below 20,000 ft.

With a top speed of 408 mph at 19,400ft and a rate of climb of nearly 3,000ft/min the FW-190A maintained its superiority over Allied fighters until the introduction of the Spitfire Mk IX with its more powerful Merlin 61 engine and 2 stage supercharger restored the balance in the summer of 1942.
The FW-190 saw action on the Eastern Front from late 1942, where it found favour with its pilots who used it in both fighter and ground attack roles.

Our “Butcher Bird” comes almost ready to fly with just final assembly and equipment installation required. The all balsa airframe is strong enough to take a nitro engine, yet is light enough for electric conversion. Rugged fixed tail dragger landing gear is great for rougher grass fields, although it is a simple job to add a set of retracts. This model comes with a very complete hardware pack including pushrods, control horns, fuel tank, engine mount, and even a plastic spinner.

To add to the scale realism, the covering is a multi color plastic film, semi matt finish with printed panel line, rivet details and even realistic weathering effects applied! A spacious, pre-painted fiberglass cowl is supplied to finish off this great-looking sport/scale model and a large, but well disguised access hatch allows fast battery changes in between sorties.

Flying the FW-190 is a pleasure thanks to its light wing loading and refined wing section that has been developed to give milder stall characteristics that is often found with scale warbirds and make it a simple job to drop in a set of retracts to clean it up for some adrenaline pumping low and fast strafing runs, pulling up into a victory roll at the end of the field. 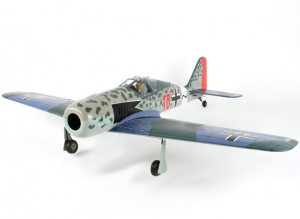 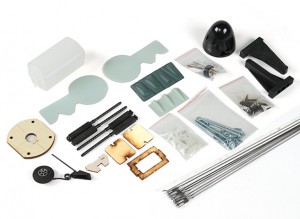 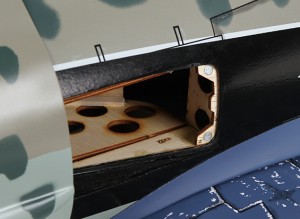 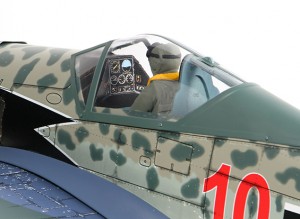 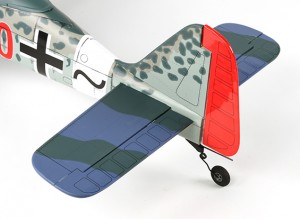 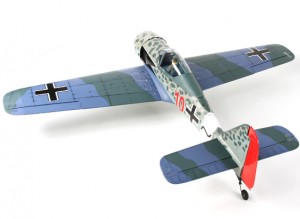