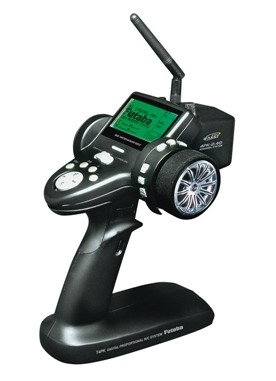 The 6EX computerized radio, which already boasts many state-of-the-art functions and all of the advantages of FASST technology, now includes servos for an added level of convenience. The S3004 Standard Servo is ideal for airplanes, while the S3001 Precision Servo is perfect for helis!

These are just a few of the benefits of the 2.4GHz FASST system: