Throttle Integrate has been added to the 6K V2’s timer system. An unusual feature for radios at this level, it links the timer speed to throttle position. With the throttle advanced, timer speed increases, reflecting the higher consumption of fuel or battery power. At low throttle, the timer moves more slowly.

These new features, along with easy programming, S.Bus/S.Bus2 compatibility and 30 model memory, make the 6K V2 an especially good choice for drone pilots. “The 6K V2 has everything that even competitive FPV racers use in an affordable and durable package,” says Futaba’s Nick Maxwell.

Current owners of the original 6K can update their systems with the free V2 firmware. To download the firmware or to learn more, visit futaba-rc.com. 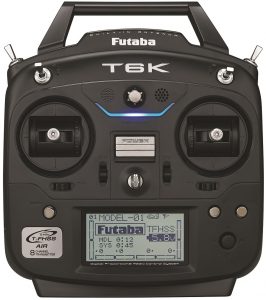