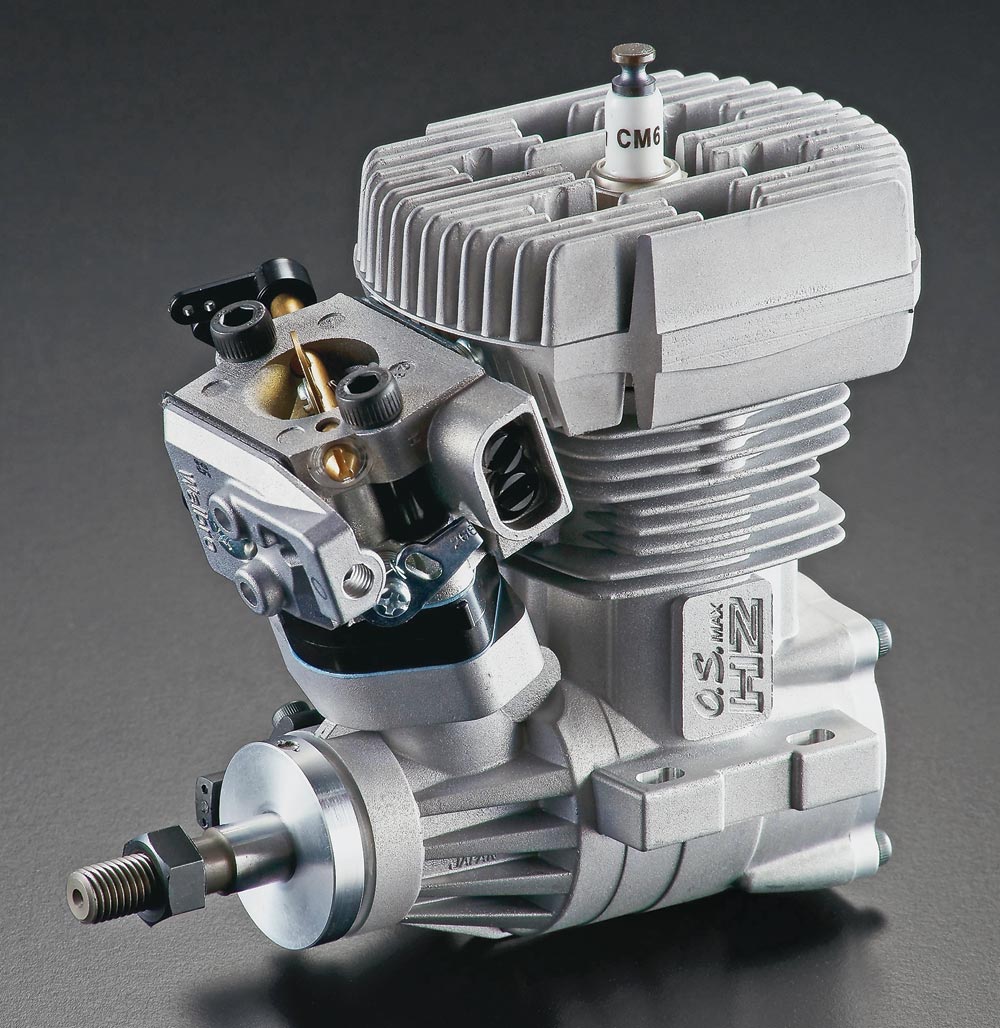 The new O.S. GT15HZ gas engine is specifically designed for our helicopters to replace a 91 size glow engine. Until now gas engines have not been designed for our use, and have therefore been almost impossible to mount to our helicopters, did not come with the needed muffler system to extract maximum power, and produced a lot of vibration because they were unbalanced. OS has tackled all these problems and we now have a gas alternative power plant. However, gas engine operation is quite a bit different than what we are used to with a nitro engine. Here are some things to consider. 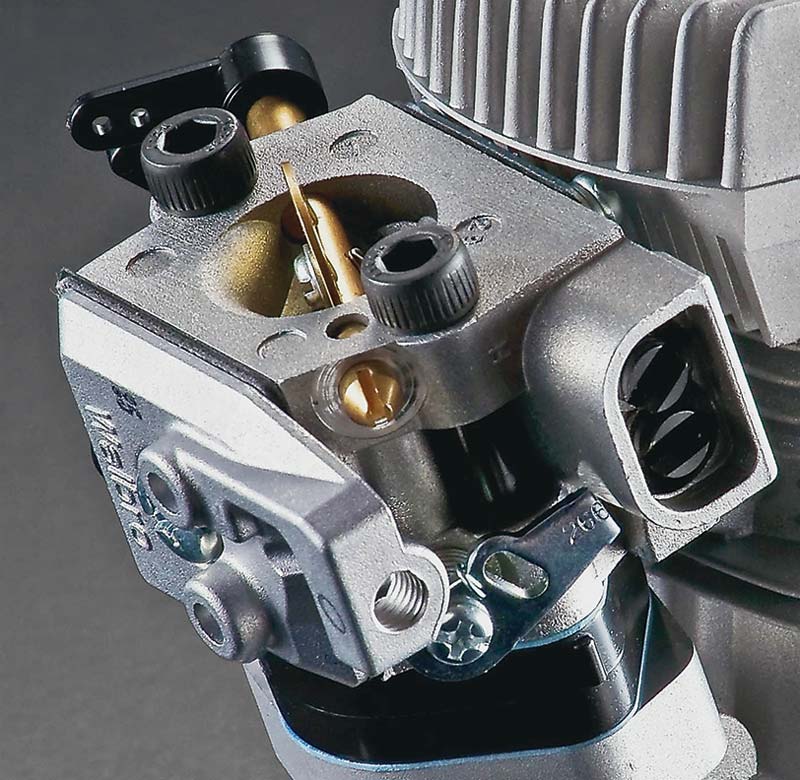 The most obvious difference is the fuel. Although model airplane fuel is certainly flammable, it is not nearly as dangerous as gasoline. Just as you take extreme caution when refueling your car at a gas station, the same caution must be observed at all times around a gasoline engine. However, unlike our cars which get their lubrication from a separate oil system, this engine is lubricated by adding two-stroke engine oil to the fuel in a 25 to 1 ratio. The instructions recommend using regular fuel, vs. premium, and a one gallon fuel can is available from your local hardware store, or Walmart, and is more than enough for a whole weekend of flying. Also, all the fuel lines in the helicopter have to be replaced with suitable gas lines available from your local hobby shop, and a separate battery between 4.8 to 8.4 volts is needed to supply power to the ignition module. Although this engine is designed to run with a silencer assembly, maximum power is achieved by using the specifically designed PowerBoost Pipe.

Added caution also needs to be taken with the carburetor. When setting up a nitro carburetor the throttle curve leads the pitch curve to ensure sufficient power to obtain the needed rotor speed, but the instructions for this engine recommend hovering at only a 20 to 40% throttle opening. Initial high and slow needle valve settings are very sensitive and should be adjusted to factory specifications, and just the slightest change to these settings will have a profound effect on the operation of the engine. This carburetor also has a choke lever, which we do not see on our nitro engines, and is used to prime the carburetor with fuel prior to starting. Once you get used to these differences from a nitro engine, it can be started with a standard electric starter. 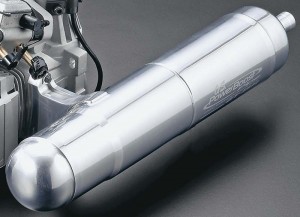 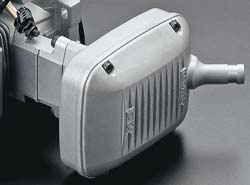 Above top: the PowerBooost muffler; above below: optional E-4051 compact scale muffler.

One of the first things I noticed when using the O.S. GT15HZ engine is it’s very slow and reliable idle, and its quick response to an increase in throttle. Initial flight tests have shown this engine to produce more than sufficient power for anything but the most demanding 3-D maneuvers. It appears to have more torque than a 91 nitro engine, making it very suitable for scale applications with multi-rotor heads and larger than normal rotor blades. Additional flight testing will be needed to find the optimum head speed and rotor blades for a particular application. Although changing to longer than normal rotor blades for your specific helicopter can interfere with the operation of the tail rotor, this can be compensated for by using rotor blades with a larger chord or thicker airfoil to produce the added lift/performance.