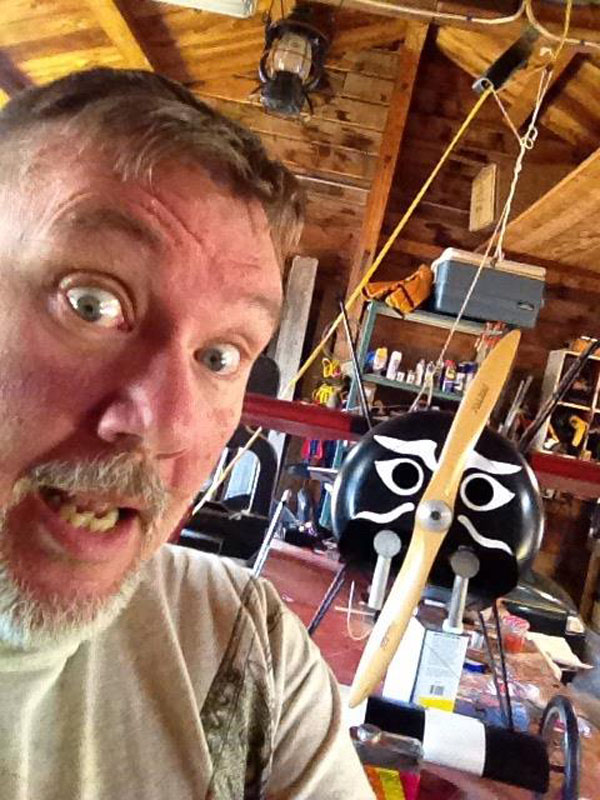 So here’s the story. At Top Gun 2015, Frank Tiano offered me an invitation to the world’s greatest Scale Invitational competition. Wow! Really? I commented that he must have lowered his standards but no, Frank said it would be a first–for a magazine editor to compete. For 24 years I have covered the action, pilots and planes at Top Gun for MAN, and this would a chance to see the other side of the story, from the other side of the camera lens so to speak. 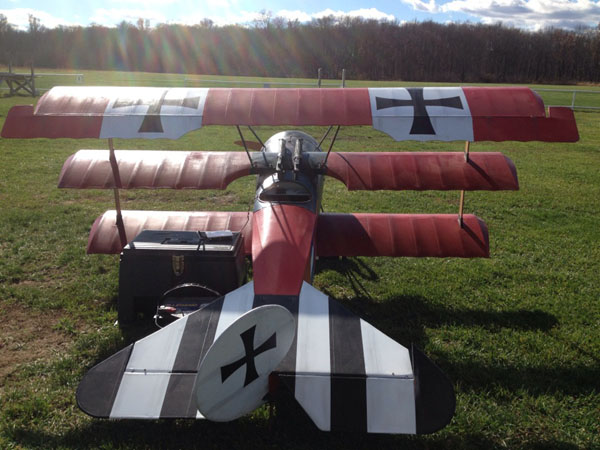 (Above) still in one piece but a little banged up after the last flight in November.

After a bit of the bragging when I got home, I decided I needed to do more flying and less talking. I flew many more times during the rest of the year and then, I tried to get in one more practice flight before the winter settled into New England. So, on November 20, I headed to the Club field for “one more flight!” Yes, it was windy and yes, I should have known better, but what the heck, I needed the stick time. Well, long story short, instead of going around after a missed approach, I dumb-thumbed the Triplane in for a hard crosswind landing. It ended in a bad ground loop and nosing over. 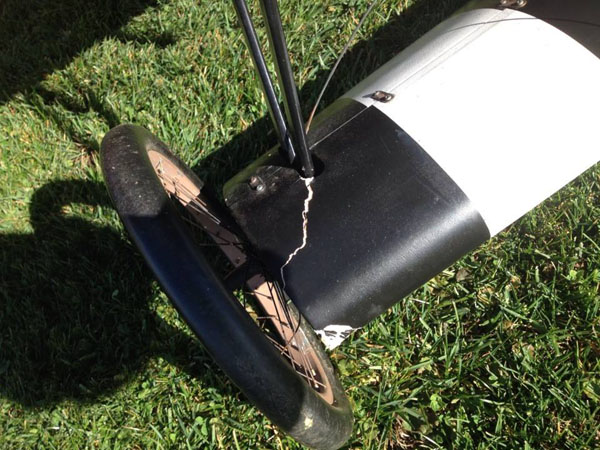 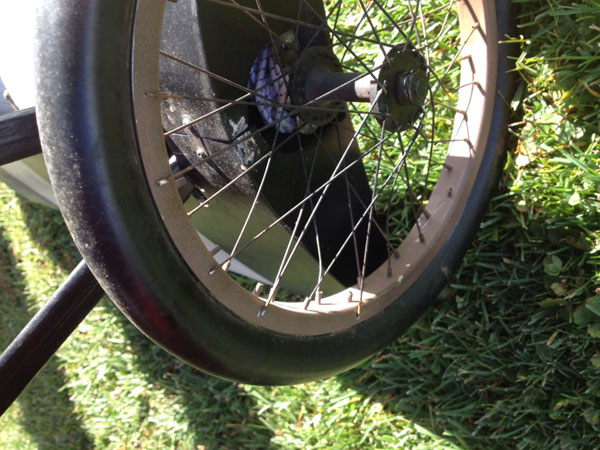 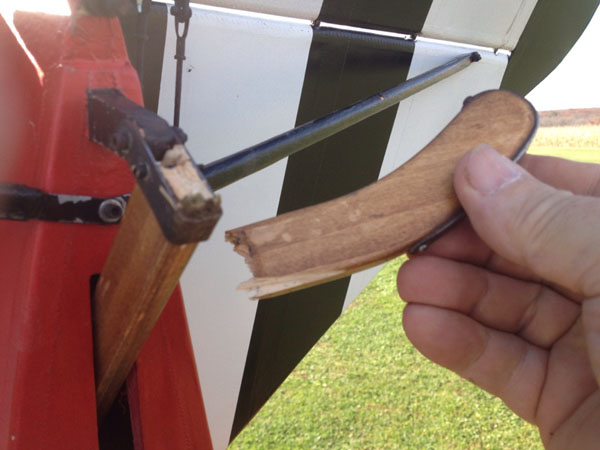 The good news, I didn’t break the prop. The bad news, I did break one of my spoked wheels, I damaged the sub-wing between the wheels and broke my tail skid clean off the plane! Nice going Gerry!!! So, I knew what I would be doing over the winter months. Here’s some shop photos of the repairs.

Break out the ZAP

A little sanding, some fiberglass patches and a bit of Timber Mate putty and the sub-wing gets repaired. I added a patch of FG cloth on the inside and then sanded to outside smooth. 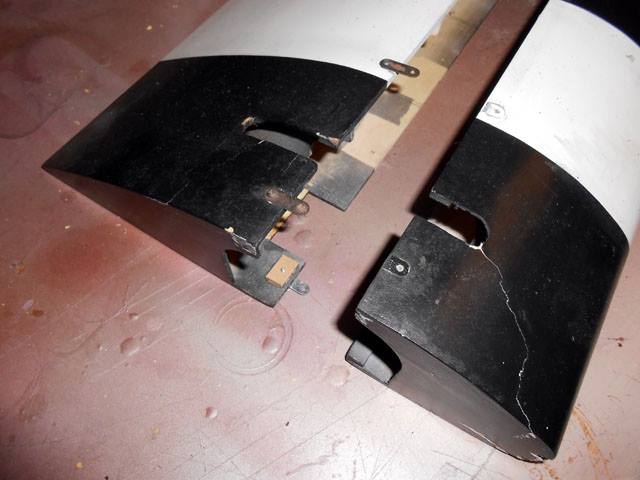 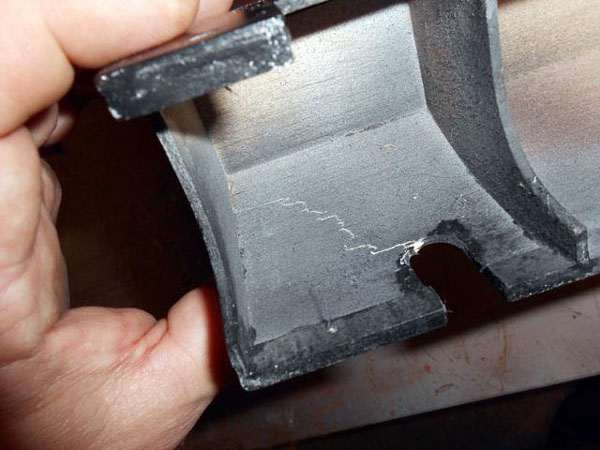 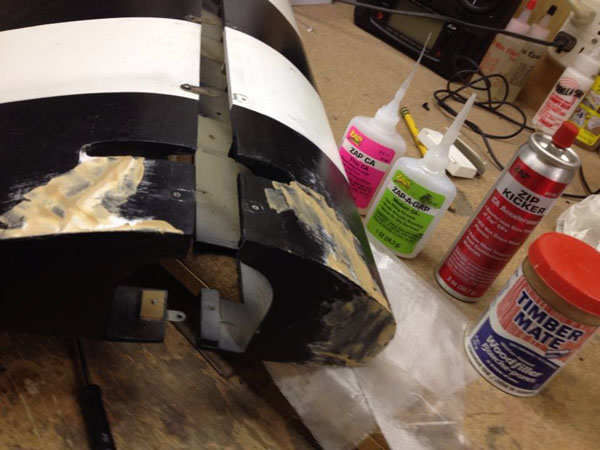 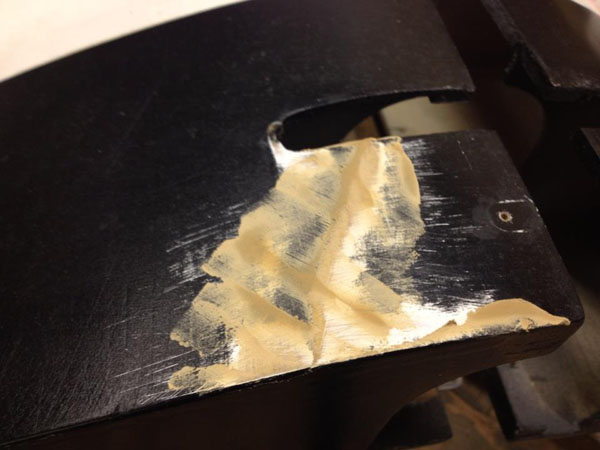 The putty dries quickly and sands easily. After the dusty parts I sprayed with primer and repainted. Being black, the repair is all but invisible. 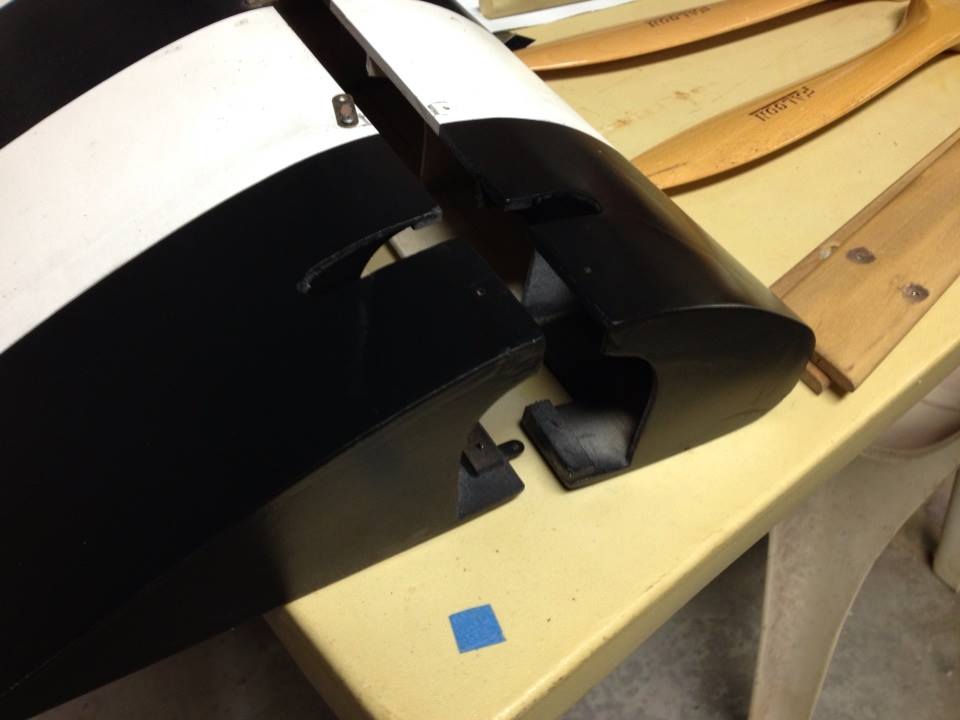 Next I installed new wheels. These from Vogalsang-Aeroscale. 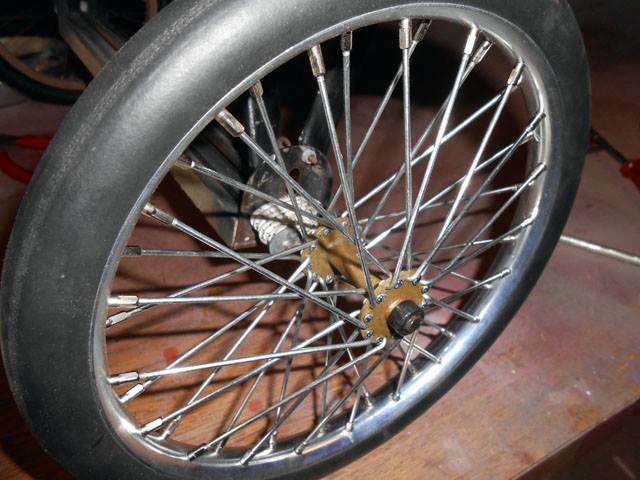 The only problem with this is they are brand new and shiny! Totally unacceptable so some more painting and weathering is in order. 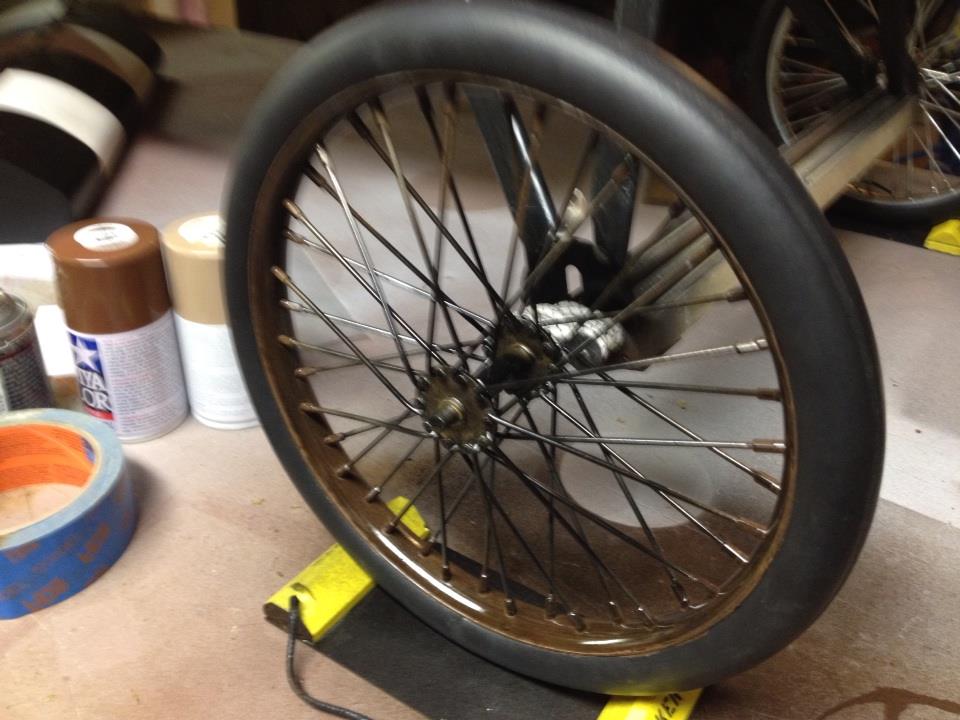 Much better! Oh yea, I forgot to mention, I also snapped the landing gear rigging wires so I made up a new set and installed the new hardware. 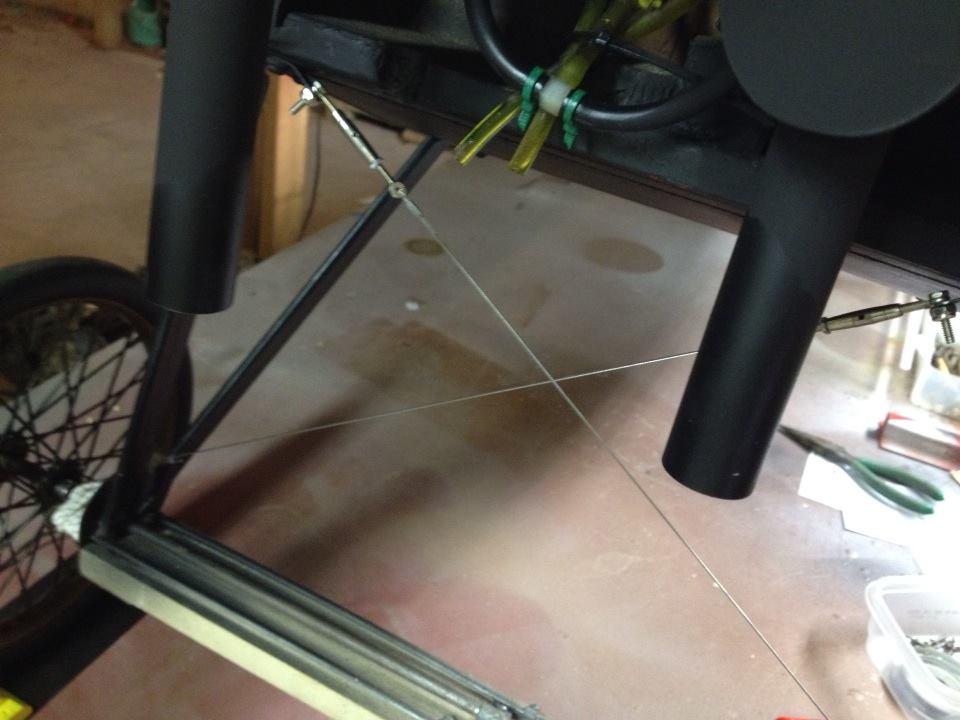 Yes, the DuBro turnbuckles and wire will need to weathered a little. 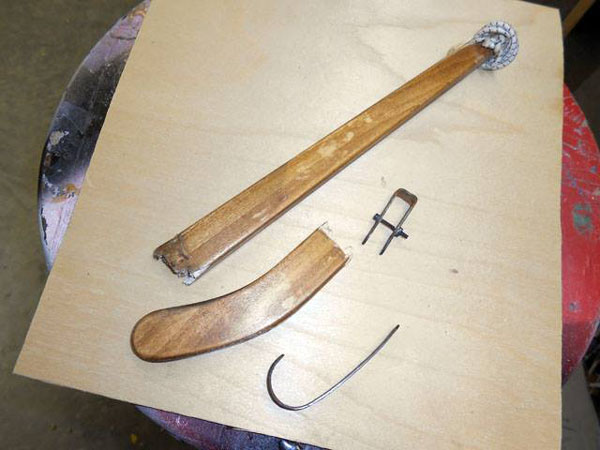 Out with old and in with the new. I used the old part as a pattern and traced it out on some plywood. 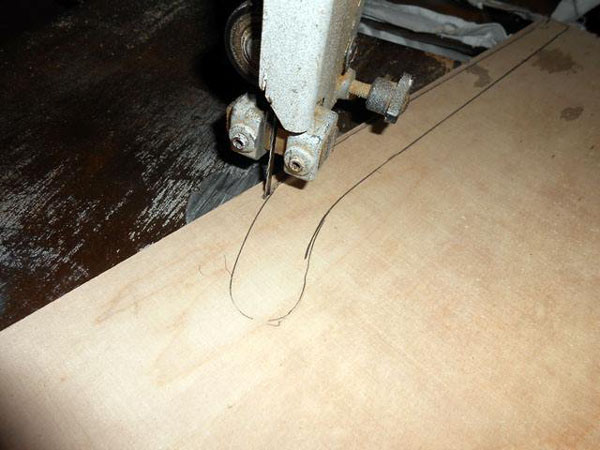 Ran it through the band saw and cut out two layers. One 1/4 inch and one 1/8 inch thick. This was then laminated together with 30-minute Z-Poxy. 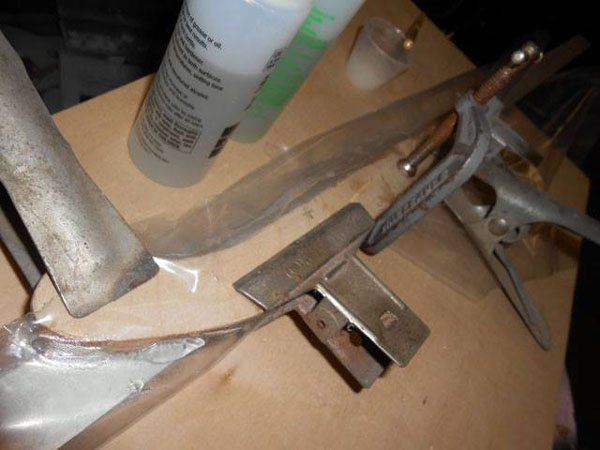 A little sanding, some staining and a few coats of Min-Wax clear varnish and the new tail-skid is ready to reinstall. 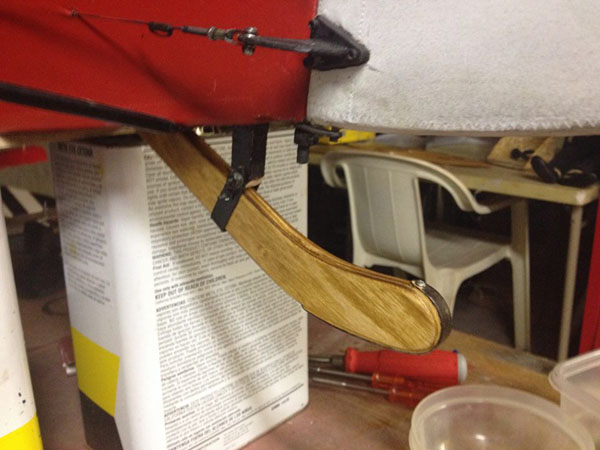 Here it is installed with the original hardware. I also found that the internal bungee cord was in need of replacement after 4 years of use. I replace it also. 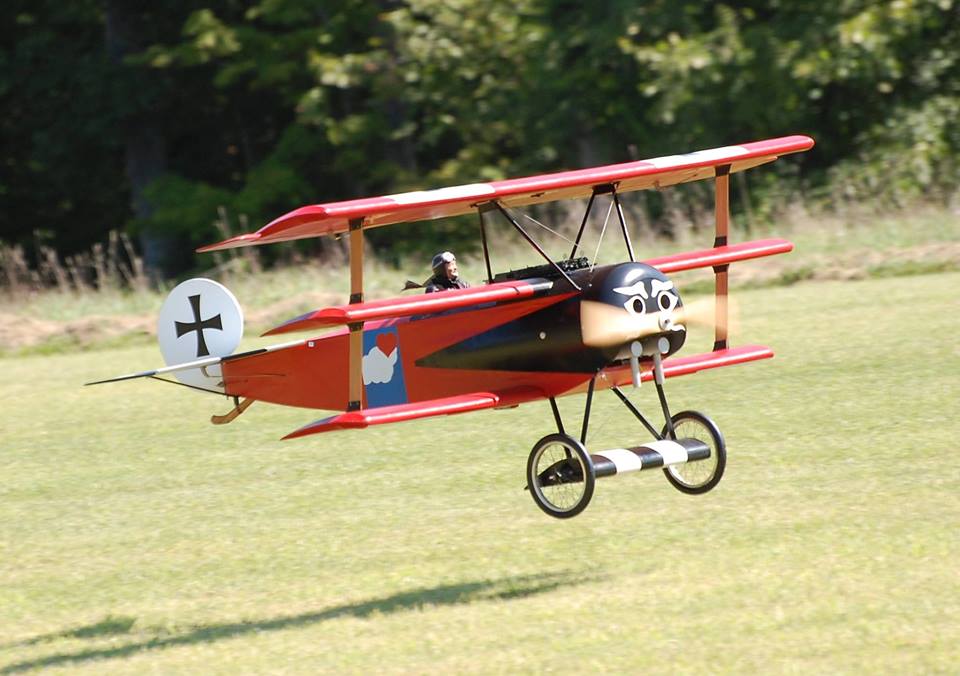 So that’s it for fixes and patch work. I also took the time to go over the entire airframe looking for other bits n pieces needing some attention. I then went over everything and added some more subtle weathering here and there.

So the next bit of business was getting a hold on my friendly AAA agent and getting a “Trip Tik” package of maps and hotel information for my journey from Connecticut to Lakeland, FL. 1200 miles one way also required I take my tow-vehicle to my local mechanic for a good tune-up and a look-over for anything needing attention! Oh yea, and to recharge the air conditioner! 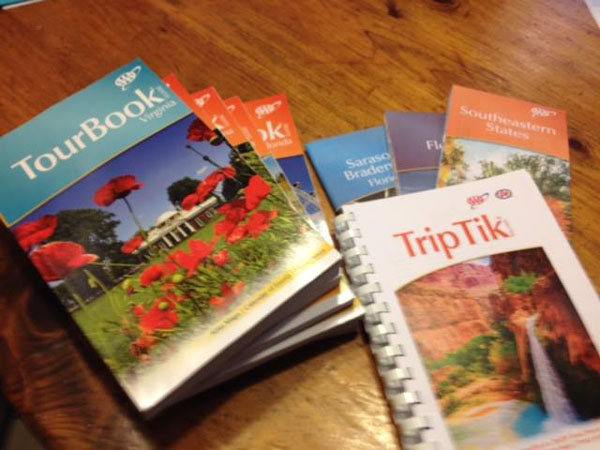 So that’s it 9 more days until we pack up the trailer and head south! Wish me luck.