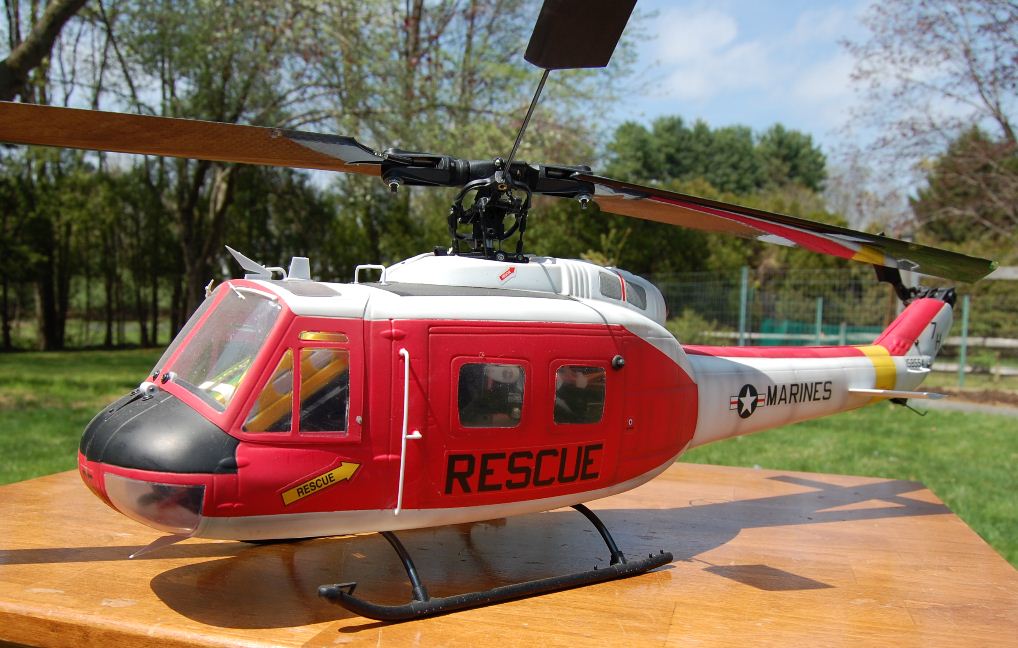 A well done and nicely detailed scale RC helicopter model is a rare sight at most flying fields. One reason is that most scale models are complex and time consuming to build and can be costly. A great way to get started in scale modeling is with one of the 450-size electric conversion kits.  This size model is relatively inexpensive, yet offers enough power and performance to carry the extra weight of the scale body and accessories. Thunder Tiger makes several that are made to use the Mini-Titan E325 helicopter mechanics which I feel is one of the most stable, yet responsive model on the market. I chose the Huey UH-1 in the US Marines Search and Rescue variant.  Although I am using the Thunder Tiger model, the techniques used here are applicable to many other scale models of various sizes.

In addition to the highly detailed pre-painted and weathered fuselage halves, the kit consists of a scale tailboom, landing skids; various scale accessories and the required hardware to assemble the kit. The first step in building most scale helis is to assemble the mechanics and insure everything is working properly. In my case I have a Mini-Titan which I have been flying for some time. If you are starting from scratch, it is important not to skip this step. This usually means that you assemble the stock helicopter without the scale components, test fly it and make sure there are no issues with it. If you skip this step it is much more difficult and time consuming to resolve any problems with the mechanics buried in the scale body. 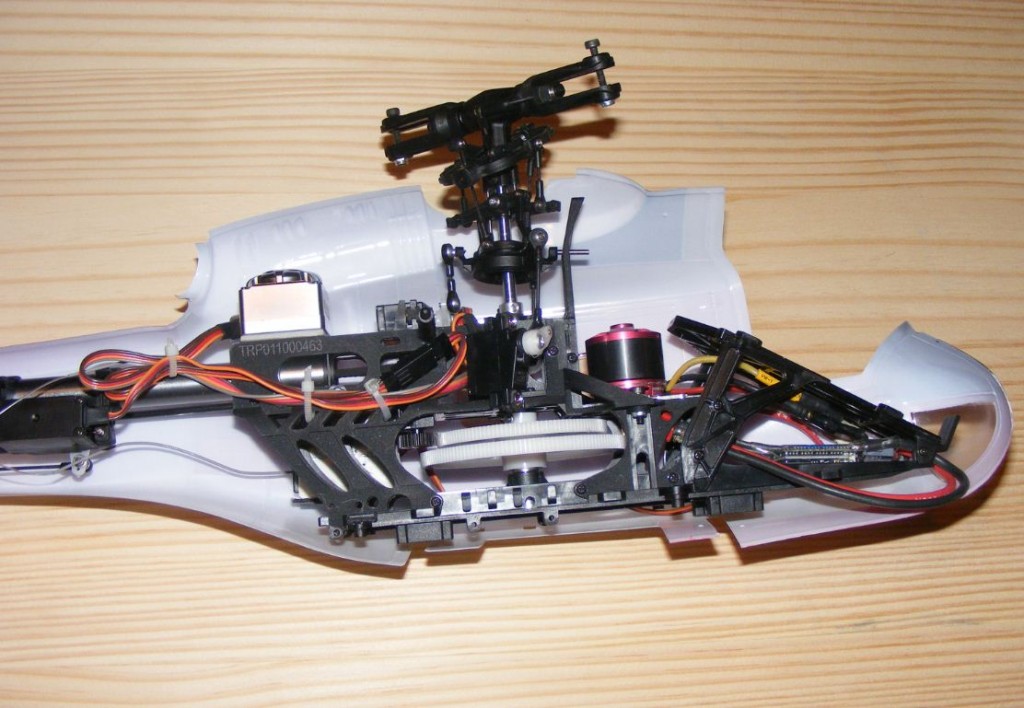 After you have the model flying satisfactorily, it is time to start taking it apart. The Thunder Tiger manual is very detailed and specifies exactly which parts and hardware will be used for the scale assembly. I used two trays; one for the parts which will be reused and one for the parts that will be replaced. I assembled everything up to the point of attaching the scale body. It is then time to take it out for a test flight to make sure everything is working correctly. If there is any vibration, now is the time to tack it down and fix it. It takes a little patience to install the UH-1 scale body and get all the attachment points to line up. The kit contains various plastic scale parts, such as antennas which must be glued on. These really add to the scale effect and are well worth the time spent on installing them. A neat feature on the UH-1 is the hinged front canopy section which allows for easy access to the flight battery. 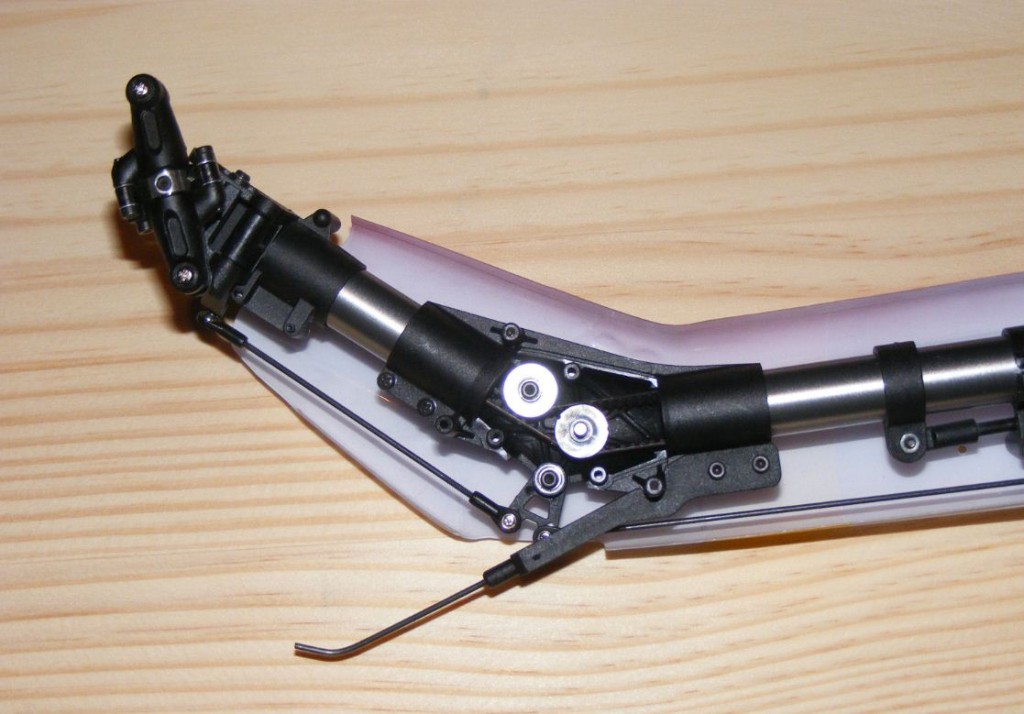 The Huey UH-1 looks very impressive at the flying field. It is joy to fly as it looks very realistic, yet assembles relatively quickly and is not very expensive. Since the time involved and the expense is not so great, there is much less pucker factor than if you spent many hours on your creation. It looks really cool making a high speed pass and them making a sharp turn to come around for another search-and-rescue pass.