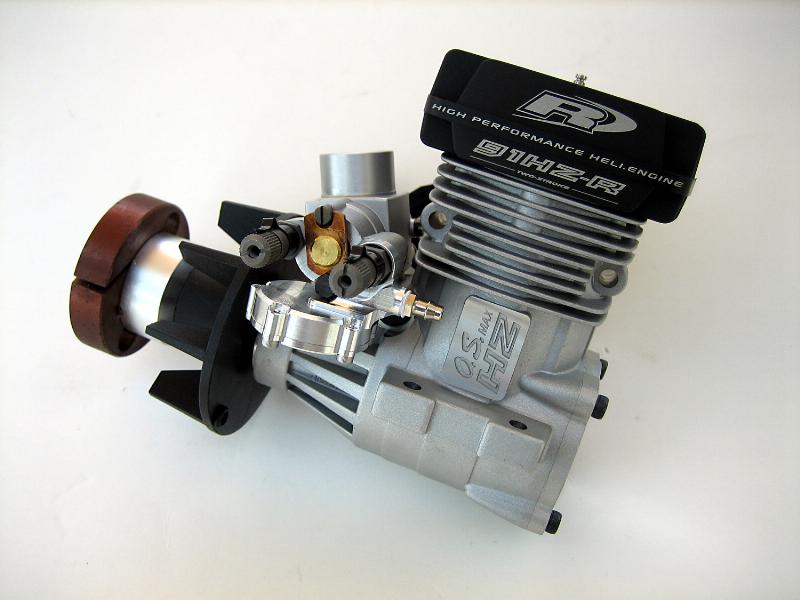 Basic Carburetor Operation – The engine uses a carburetor to mix the incoming air with fuel to obtain the proper mixture to support combustion. Although there are many different carburetor designs, the most common is the TN (two-needle) type that uses both a main and idle needle valve (NV) to adjust the fuel mixture, together with a rotating throttle barrel to control the amount of air entering the engine. The fuel entering the engine is regulated by the main, or high speed, NV which is located near the fuel line, and is used to adjust the mixture at full throttle. As the throttle is decreased, the throttle barrel rotates to reduce the incoming air and, therefore, the engine speed. However, this mixture would be too rich for a slow and dependable idle, so an additional NV is used to further lean the mixture at, or near, idle. This idle NV is located on the opposite side of the carburetor from the main NV, and as the throttle barrel is rotated to the idle position, the barrel also moves laterally toward the main NV. This allows the idle NV to further restrict the incoming fuel, resulting in a leaner idle mixture. Note in this carburetor design the idle NV has no affect at full throttle. Some engines also use a mid-range mixture adjustment for a finer transition between idle and full power.

Main (High Speed) Needle Valve Adjustment – As its name implies, the main NV is the primary fuel control for the engine, and the idle NV is a function of the main NV setting. Because of this, the main NV must first be adjusted for proper engine performance at or near full throttle, and then the idle mixture can be adjusted for a reliable idle and smooth transition. However, before attempting to adjust your engine, install a new glow plug and use fresh fuel to make sure neither will hinder the adjustments.

If initial NV settings are not available, the process becomes a little more complicated and time consuming, but can still be accomplished using the following techniques.

One of our concerns during this adjusting process is to supply sufficient fuel to the engine for both cooling and lubrication. This means we want to start with a very rich fuel mixture, and initially turning the main NV out (counter clockwise) about 3 turns from its full closed position should put us in this rich mixture range.

With the throttle stick at idle, and the idle trim in its mid-range position, securely hold the rotor head with one hand while starting the engine. Having a helper will make this job a lot easier and safer.