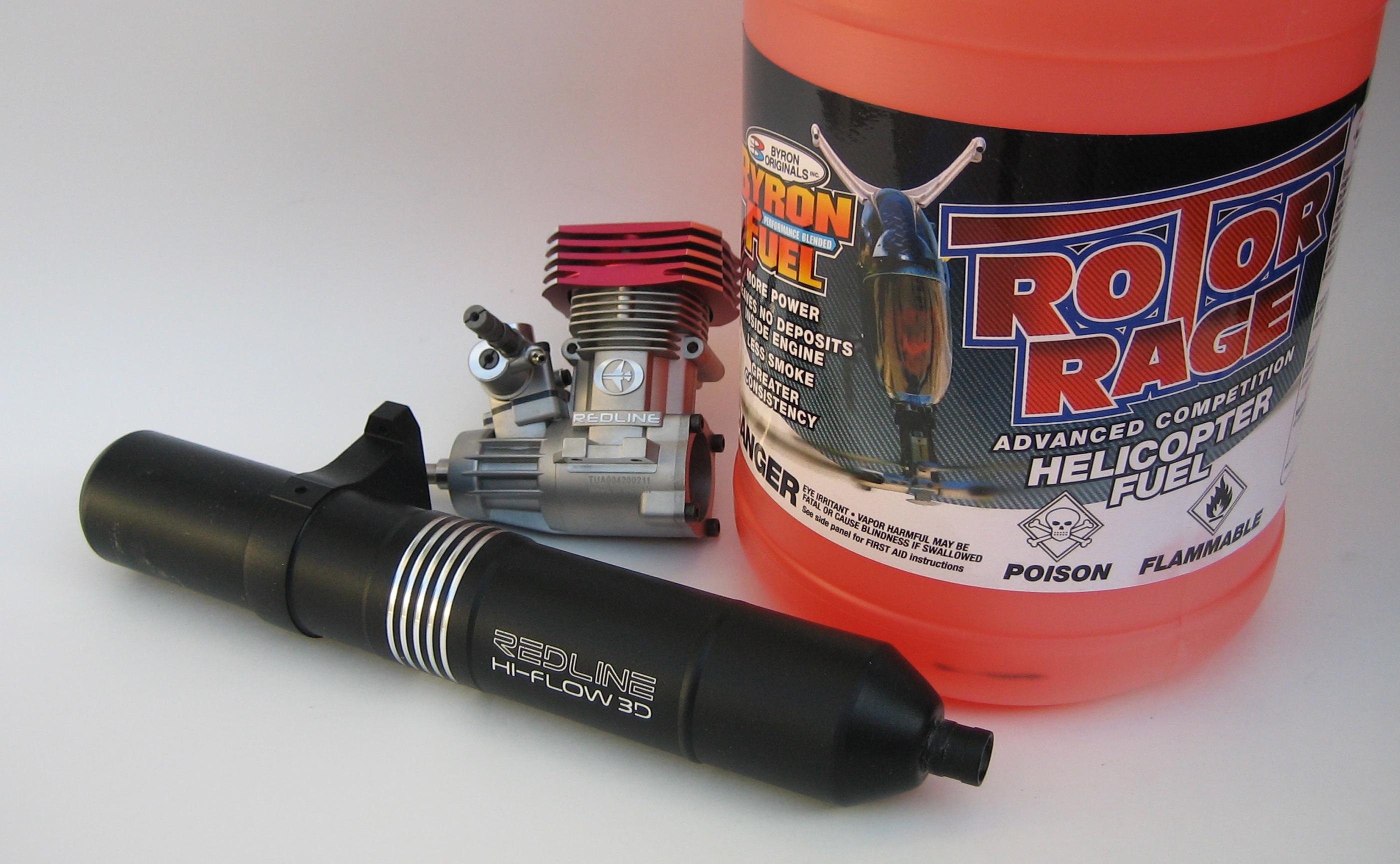 Carry the helicopter to a safe area and increase the throttle until the helicopter is hovering, or at least light on the skids. This should place the carburetor sufficiently open to allow you to evaluate the high speed mixture. The engine should be rich, in a four-cycle setting, as indicated by an abundance of exhaust smoke, an overall lack of power, and a low frequency sound to the exhaust. Bring the throttle to idle, and when the rotor blades have stopped, secure the rotor head with one hand and then close the main needle valve 1/8 turn and repeat the test. This process may need to be repeated several times until the mixture is sufficiently leaned to bring the engine into a rich two-cycle setting, which is noted by a decrease in exhaust smoke, and increase in power to support flight, and a higher frequency sound to the exhaust. Further leaning of the mixture will bring the engine into a lean two-cycle setting with a resulting increase in power, but will also reduce the amount of fuel for lubrication and cooling. I therefore recommend a rich two-cycle setting until maximum performance from the engine is required.

Although the amount of exhaust smoke can also be an indication of the fuel mixture, I do not use it as a primary indicator. This is because the amount of smoke is affected by the individual fuel being used, the type and amount of oil in the fuel, and the design of the muffler. However, a lack of smoke at full throttle is a good indicator of a lean condition, and should definitely be avoided.